The Greek Foreign Minister Nikos Dendias met with his Russian counterpart Sergei Lavrov in Moscow on November 6 amidst a string of events that have complicated relations between the two countries. Following official visits to Cyprus, Israel and the United States, Dendias has now visited Russia in an effort to re-energize Greek-Russian relations after many years of difficulty.

Angering Moscow, the Foreign Minister of the former Syriza administration, Nikos Kotzias, had expelled Russian diplomats in July 2018 on the allegations they were interfering in Greek affairs, and another two diplomats were barred from entering Greece on the allegation they were trying to undermine the Macedonian name negotiations between Greece and North Macedonia. Athens-Moscow relations also became stagnant because of the Greek recognition of the schismatic Ukrainian Orthodox Church autocephalous in October 2018, the announcement of opening new U.S. military bases in Greece only weeks ago, and because of the recognition of Juan Guaidó as the Venezuelan President after the previous Greek government backed Nicolás Maduro.

From the Greek perspective, Moscow’s insistence on supporting North Macedonia in the Macedonian name dispute was a major source of animosity since the Slavic Balkan country gained its independence from Yugoslavia in 1991. However, an even more important fact is Moscow’s expanding and growing military relations with Turkey. The growing relations between the two Eurasian countries come as it was revealed days ago that Turkey has violated Greek air space 3,950 times from January 1 to October 29 of this year, with violations continuing daily. This is the highest number of Turkish air violations since 1985, outnumbering the 3,705 violations in 2018 and 3,317 violations in 2017.  In addition to the daily military violations, Turkish President Recep Tayyip Erdoğan makes continued threats to invade the rest of Cyprus, a few months ago making a speech in front of a map that shows Greece’s eastern Mediterranean islands occupied by Turkey, and continues to threaten to flood Greece again with illegal immigrants. (ER: see a recent report we published on how Cyprus might be the preferred option for Turkey in terms of sending illegal migrants into Greece – Cyprus tops illegal EU entries relative to its population size)

Despite the continued Turkish aggression against not only Greece, but also Syria and Iraq, the Russian sale of the powerful S-400 missile defense system to Turkey, coupled with offers to sell other advanced military hardware like the Su-35 fighter jet, has been a major reason why Athens was pushed closer towards Washington in order to ensure their own security.

Although the growth of Russo-Turkish relations is not aimed against Greece from Moscow’s perspective, it is undeniable that the strengthening of the Turkish military also weakens Greek security, the country’s primary security concern amidst real and continued aggression. Greece has become Washington’s Plan B to contain Russia in the Black Sea if Turkey (ER: it’s still a NATO member for the moment) is insubordinate in any hypothetical war between the Eurasian Giant and NATO.

It is this very search for security that Greece and Russia have unintentionally weakened and undermined each other for their own respective reasons and interests. Greece has effectively become an American puppet, despite its insistence that it is not, while Moscow has strengthened Greece’s primary adversary in Russia’s search for security, trade and regional coordination.

However, with the new Greek administration prioritizing a visit to Moscow, this confused and unintentional adversarial relationship between the two Christian Orthodox countries may lead to a change in the political course of Greece, especially with Dendias describing Wednesday’s meeting with Lavrov as “very friendly.” The meeting emphasized two points according to the Greek minister: the promotion of bilateral ties, and fostering closer cooperation and mutual understanding on regional and international issues.

It is this emphasis on cooperating and understanding each other better on regional issues that Dendias announced that “a new chapter” in Greek-Russian relations has been made. A 2013 study found Greece was the only European Union country where favorable views towards Russia prevailed (63% favorable vs. 33% unfavorable). A 2018 Pew poll also found that only 36% of Greeks view the U.S. favourably. A 25-country December 2018 Pew poll found that Greece was only one of four countries surveyed where the majority of opinions on Russian President Vladimir Putin was positive, accounting for 52% of people polled. Although this is a significant decrease from the 2013 poll, it does not factor in how the Russian sale of the S-400 to Turkey affected Greek opinions towards Russia and its president.  This demonstrates that Moscow could have a real ally within the NATO bloc where the majority of civilians look at Russia favourably. Although Russia is increasing its relations with Ankara, Turkey is a volatile and unreliable partner, especially as a souring of relations can rapidly diminish Russian popularity in Turkey. A November 2018 poll found that only 51% of Turks view Russia favourably. This figure comes despite relations being at their best ever level in Russian-Turkish history.

So not only does Russia have a good reputation in Greece, even when they are arming Turkey with weapons that can easily be turned against Greece according to the Greek perspective, but the U.S. has a bad reputation in Greek history. Washington, for example, backed and supported Nazi sympathizers during the Greek Civil War in the post-World War II period, as well as the Greek military junta with all its negative consequences. Russia, however, is linked to Greece’s independence from the Ottoman Empire, and is a country that inherited much from Greek culture and religion.

As Greece has recently submitted itself entirely to U.S. hegemony, Washington is actively working with Greece because they do not want to let it get out of their influence. Although Greece accepted three new U.S. military bases in the country, Russia has proven to be a master at patience and diplomacy. Despite the intense situation Ankara and Moscow found themselves in after Turkey downed a Russian jet in Syria in 2015, leading to the murder of the pilot by Turkish-backed terrorists, Russia has successfully emboldened and encouraged Turkey to defy NATO. Although Greek and Russian relations have a long way to go to be fully normalized, Moscow has demonstrated that it has the ambitions of making new friends, especially if they can turn them against NATO.

Given this, it is very critical for Moscow to begin slowly pulling Athens towards cooperation with other Eurasian countries within Russia’s zone of influence to help reduce Greece’s dependency on Globalist powers, like the U.S. and European Union. With the majority of Greeks viewing the U.S. negatively, and Germany having destroyed Greece economically through the EU platform, Russia has ample opportunities to make headway in the Aegean country.

The serious economic dependence on which Greece found itself because of so-called European integration should be slowly overcome by expanding economic, business, cultural, religious and political relations with Russia. This is in order for Greece to end its dependency on the West and to truly become sovereign and independent. It is for this reason that the Greek Foreign Minister emphasized to Lavrov that, because Greece is one of the oldest NATO and EU members, it will do what it can within its power to convince its European counterparts to lift the sanctions on Russia.

To help alleviate the unintended hostilities between Athens and Moscow, the two foreign ministers on Wednesday also created the Greece-Russia 2020-22 Consultation Program, which provides for regular contacts at both the official and the political level between the two countries. The Greek Foreign Minister also promised to convey the invitation to the Greek Prime Minister, Kyriakos Mitsotakis, to attend the 75th anniversary of victory in World War II in Moscow. This led Dendias to enthusiastically invite Putin to attend the 200th anniversary of Greek independence from the Ottoman Empire in 2021.

It appears that Wednesday’s meeting between Greece and Russia was highly successful in creating new means of dialogue, particularly around issues of economy and regional security. Whether this will be the beginning of Moscow pulling Athens away from NATO, like it has successfully done with Turkey, remains to be seen. But at the very minimum, the improvement of relations between the two countries will also undermine Washington’s newfound position in Greece while also finding a new EU member to represent some of Russia’s frustrations. 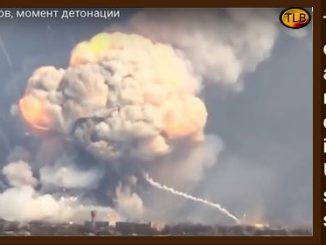 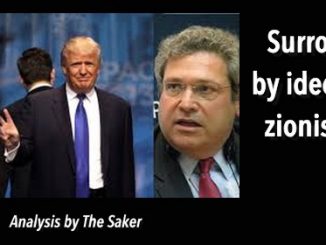