Then there were 8: Eurasian powerhouse SCO expands after India & Pakistan join

India and Pakistan put aside their long-running tensions, as they were officially confirmed as members of the increasingly influential Shanghai Cooperation Organization (SCO), during a summit in Kazakhstan capital Astana.

“I thank the SCO for making India a part of this esteemed organization, which now represents 40 percent of humanity and nearly 20 percent of global GDP,” Prime Minister Narendra Modi said during his opening remarks at the two-day leader-level summit.

“Connectivity with SCO countries is our priority. We fully support it. And we want connectivity should pave the way for cooperation and trust among our future generations and society.“

“I congratulate India on joining the Shanghai Cooperation Organization. We must leave a legacy of peace for future generations; not toxic harvest of conflict and animosity. Let’s create shared spaces for all,” he said. 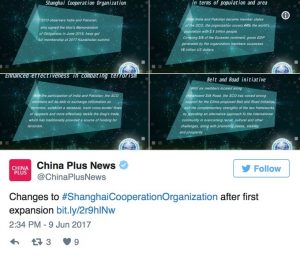 The standoff in Kashmir has flared up in recent months, and the two countries also disagree over other key proposals, such as China’s One Belt One Road infrastructure development program, which is welcomed by Islamabad, and contested by New Delhi.

Nonetheless, the two leaders shared an informal meeting on the sidelines of the summit – their first tete-a-tete for 17 months – but avoided discussing political issues.

Founded in 1996 by China, Russia and three central Asian states, with a fourth, Uzbekistan, joining four years later, with the addition of the two newest members, SCO membership has grown to eight.

The body was founded primarily as a security organization, aimed at fighting regional terrorism, and while it has since expanded its remit, the Astana summit harks back to its roots.

On Friday, all member states signed a new version of its anti-terrorist convention.

“The role of the regional anti-terrorist structure of the SCO is growing, and an important step in strengthening the legal framework of its activities is the convention,” said Russian President Vladimir Putin, who noted that Islamic State (IS, formerly ISIS/ISIL) is hatching plans to destabilize Central Asia, and the adjacent southern Russian republics.

The convention aims to combat the increasingly sophisticated methods used by jihadists, such as online recruitment and propaganda, and is dedicated to addressing the root social causes of terrorism.

It also dedicates particular attention to combating internal destabilization and regime change among the member states, whether by local militant organizations, or wider political forces. 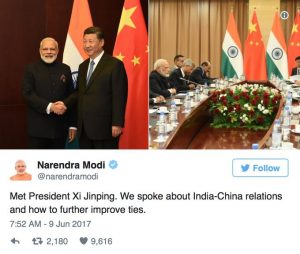 Another of the most anticipated sideline meetings was between the leaders of the SCO’s two biggest economies, Modi and Chinese President Xi Jinping – their first encounter since India rejected an invitation to last month’s official presentation of the One Belt One Road project.
According to Xi’s spokesman, Modi told the Chinese leader that the two countries “should address major and sensitive issues,“ which also include India welcoming the Tibetan figurehead, the Dalai Lama, and economic cooperation between Beijing and Islamabad.

“During the meeting, Xi pointed out that the current world situation is undergoing profound changes and China and India as two major developing countries in the world should focus more on cooperation and work alongside with each other to provide assistance to each other’s developmental growth,” Chinese Foreign Ministry spokesperson Hua Chunying said during a news briefing in Beijing. “The two sides should strengthen the complementarities of the development strategies and press ahead with the major cooperation projects such as energy and railways.”

“There was an understanding that where we have differences, it is important that differences should not become disputes and in fact if they were handled well, could even be opportunities,” India’s foreign secretary, S Jaishankar, said during his side’s summary of the meeting to journalists in Astana. 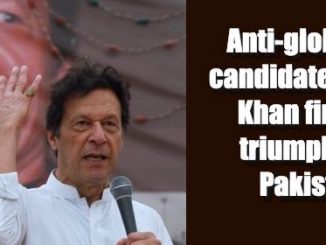 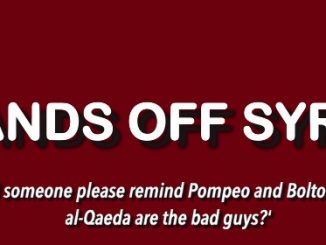 U.S. Is Defending al-Qaeda in Idlib, Its Last and Largest Stronghold