After the decision was announced, the Israeli air force sent 18 of its fighter jets, including F16I, F15CD and F16CD, along with two Gulfstream aircraft, two tanker airplanes and two C130 planes, special for electronic warfare, to Saudi Arabia at the demand of the new crown prince bin Salman to block his cousin (bin Nayef)’s possible measures. 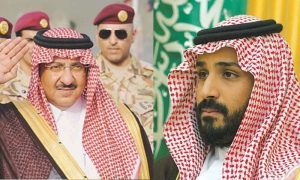 According to a royal decree, Mohammed bin Salman, 31, was also named deputy prime minister, and shall maintain his post as defense minister, the official Saudi Press Agency (SPA) reported on Wednesday.

Saudi media announced that King Salman has called for a public pledge of allegiance to the new crown prince in the holy city of Mecca on Wednesday night.

The SPA also confirmed that 31 out of 34 members of Saudi Arabia’s succession committee chose Mohammed bin Salman as the crown prince.

Just days ago, the Saudi king stripped Nayef of his powers overseeing criminal investigations and designated a new public prosecution office to function directly under the king’s authority.

In a similar move back in 2015, the Saudi king had appointed his nephew, then deputy crown prince Mohammed bin Nayef as the heir to the throne after removing his own half-brother Prince Muqrin bin Abdulaziz Al Saud from the position.

Mohammed Bin Salman is already in charge of a vast portfolio as chief of the House of Saud royal court and chairman of the Council for Economic and Development Affairs, which is tasked with overhauling the country’s economy.

The young prince was little known both at home and abroad before Salman became king in January 2015.

However, King Salman has significantly increased the powers of Mohammed, with observers describing the prince as the real power behind his father’s throne.

The power struggle inside the House of Saud came to light earlier this year when the Saudi king began to overhaul the government and offered positions of influence to a number of family members.

In two royal decrees in April, the Saudi king named two of his other sons, Prince Abdulaziz bin Salman and Prince Khaled bin Salman, as state minister for energy affairs and ambassador to the United States, respectively. 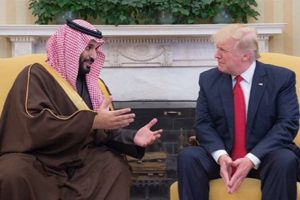 According to reports, bin Salman is paying off the US to buy its support for finding a grip over the crown.

“Since Uncle Sam’s satisfaction is the first step for the Saudi princes to get on the crown, paying off Washington seems to be a taken-for-granted fact,” Rami Khalil, a reporter of Naba’ news website affiliated to the Saudi dissidents wrote.

He added that since the Justice Against Sponsors of Terrorism Act (JASTA) is like a sword over the head of the al-Saud, they have no way out but to bribe the US, noting that the Yemen quagmire is also another reason for Riyadh to seek Washington’s support.

Also, a prominent Yemeni analyst said earlier this month that the US has been paid several trillion dollars by Saudi Arabia to protect its crown, adding that Riyadh has recently bribed Washington’s support for the Yemen war with $200bln.

“Washington has asked for more money to defend the Saudi regime and Riyadh has recently paid $200bln to the US for the costs of its support for the war in Yemen,” Saleh al-Qarshi told FNA.

“This is apart from the huge amounts of money that Saudi Arabia pays to the US treasury for protecting its crown,” he added.

According to al-Qarshi, former Saudi Intelligence Chief Turki al-Feisal revealed last year that his country has bought the low-profit US treasury bonds to help the US economy.

As the defense minister, Mohammed bin Salman has faced strong international criticism for the bloody military campaign he launched against neighboring Yemen in 2015 amid his rivalry with bin Nayef, the then powerful interior minister.

Saudi Arabia has been striking Yemen since March 2015 to restore power to fugitive president Mansour Hadi, a close ally of Riyadh. The Saudi-led aggression has so far killed at least 14,000 Yemenis, including hundreds of women and children. 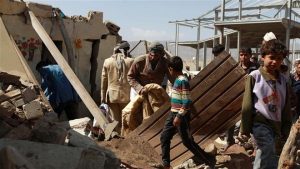 The World Health Organization (WHO) in Yemen also announced that more than a thousand Yemenis have died of cholera since April 2017 as Saudi Arabia’s deadly campaign prevented the patients from travelling abroad for treatment and blocked the entry of medicine into the war-torn country, continues hitting residential areas across Yemen.

Despite Riyadh’s claims that it is bombing the positions of the Ansarullah fighters, Saudi bombers are flattening residential areas and civilian infrastructures.

According to several reports, the Saudi-led air campaign against Yemen has drove the impoverished country towards humanitarian disaster.

Nearly 3.3 million Yemeni people, including 2.1 million children, are currently suffering from acute malnutrition. The Al-Saud aggression has also taken a heavy toll on the country’s facilities and infrastructure, destroying many hospitals, schools, and factories.

The WHO now classifies Yemen as one of the worst humanitarian emergencies in the world alongside Syria, South Sudan, Nigeria and Iraq. 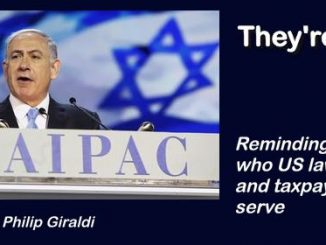 What Makes the EU So Rabidly Hypocritical? 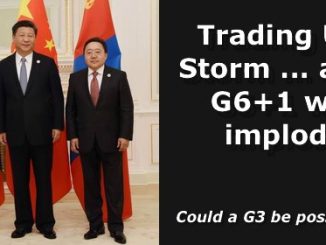 Putin and Xi top the G6+1 in Canada