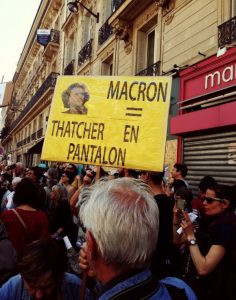 ER Editor: The middle-aged working class people Ramin Mazaheri refers to below as being the core of the Yellow Vest movement are also of an age to remember the rise of Margaret Thatcher and the beginnings of neoliberalism in the early ’80s. For Thatcher, it was economic class warfare, and under her, the UK started to deindustrialise, leaving significant unemployment and poverty among the working class in its wake.  That and joining the EU, which decimated sectors of the economy, such as the fishing industry. They also remember when the Left actually represented the economically disadvantaged (i.e. the majority) instead of identity politics (i.e. various minorities). Talking to young French people today, it’s clear they simply have no idea about what went down in the ’70s and ’80s. Yellow Vest protestors have shown they are aware of this history, and placards indicate that they view Macron as France’s Thatcher (see image). Advisors to the Yellow Vests, such at Etienne Chouard, understand well the consequences of neoliberal economics and, crucially, get the ramifications of the currency being owned by private central banks instead of the government / ‘people’. I can say from personal experience that the French 20- and 30-somethings are simply clueless, despite their so-called ‘education’.

As Christophe Guilluy – a French sociologist who predicted the movement – observes, those French represented by the Yellow Vests make up at least 60% of French society. On the basis of one person-one vote, they constitute a vast political force if they can mobilise themselves.

Why France’s 20- and 30-somethings hate the Yellow Vests


It’s a question which needs be asked, but we can’t wait for the French media to answer it because they have almost totally stopped reporting on the anti-government movement for several months.

The first poll on the Yellow Vests since late March (“!”, and then “?”) finally came out two weeks ago. It was so eagerly gobbled up by a French media hungry for objective knowledge on the Yellow Vests that as many as two media outlets talked about it. I missed it because I have already wasted a minimum of 3 hours of my life doing fruitless Google news searches for “Yellow Vest poll”.

The headline of Ouest-France newspaper, by far the most read Francophone paper in the world, was typically “negative-no-matter-what”: “A majority of France have had enough of the Yellow Vests”.

That’s a pretty bold statement considering that this majority is just 52%, which must be within the poll’s margin of error.

The headline could have fairly been: “A majority of France still supports the Yellow Vests despite all the state repression and media negativity”. Considering what a historic anti-government movement this is – the French have just avoided a 9th consecutive austerity budget expressly because of the Yellow Vests – objective journalism would have prioritised the “support” angle and not the “oppose” angle.

More poll tidbits to munch on for those who care about public opinion (which means you are obviously not a Western politician):

Vesters are now openly opposed by retirees (63%), executives/management (61%) and technicians/professionals (58%). However, they are openly supported by workers (52%), rural citizens (47%), the National Front party (64%) and the (true, not far-) leftist Unsubmissive France party (80%). Per the pollers: “The Yellow Vests remain popular with those segments of the population which were at the origin of the movement.”

One final poll petit-four: 93% of those who support Macron’s party are against the Yellow Vests, while another recent poll showed that 98% of Macronistas think he is doing a good job. What this reminds us is that there is a hard-core Macronista base for whom he can absolutely do no wrong. I assumed such adoration was limited to 60+ year old single women dreaming of a winter-spring romance (an incredibly winter-spring romance), but it is a solid quarter of the population. This rate of genuine support is actually unchanged since the election in 2017: a quarter of France just adores this guy, no matter what, and apparently no amount of violence can change that.

Let’s get to the point of this column

One segment of society which does not support the Yellow Vests is the 20- and 30-something crowd.

This is based on my regular attendance at Yellow Vest demonstrations, and also many months of informally talking with this age group (of which I am quite nearly a part of). I’d like to pass on what I think are the reasons for their opposition:

And here is the main reason why French Whites – who are the majority among the 20- and 30-somethings in France – do not support the Vesters.

So there you have it in a nutshell. Many French people actually made the move to the big city from the small town because they fundamentally resent the people who primarily compose the Yellow Vests.

(ER: Christophe Guilly, writing on this demographic phenomenon, notes how the Yellow Vest types moved OUT of the cities and surrounding suburbs historically because of the burgeoning immigration which, to put an interpretation on it, left them strangers in their own land. It is the working classes who have had to cope with mass migration into their own neighbourhoods.)

There are other reasons:

Given all these facts, we must realise that these urbanites want revenge on the class which primarily composes the Vesters – they don’t want to see them win, and they have repeatedly told me they don’t want them marching anymore in their hipster paradise areas of Paris.  (ER: the desire for ‘revenge’ is particularly French!)

I use the strong word “revenge” because I have found this to be a hugely important motivator in Western capitalist society. These young (smug, stupid, classist, fake-leftist/rabid neoliberal) anti-Yellow Vesters want not only a huge chunk of the pie, but they also to show all the people they left behind what a big shot they lost.

This is not hyperbole – this is what “competition” truly is. Western society (being anti-socialist and rabidly individualist) is fundamentally predicted on competition, and thus these types of feelings can be found plastered on billboards as a form of encouragement.

Finally, it is not “cool” to be a Vester in the French mainstream, and 20- and 30-somethings in the West prize “cool” above all. If you think famous actors, musicians, artists, thinkers, ballplayers, etc. are showing up/have ever showed up to Yellow Vest demonstrations… you must think these people don’t fear losing their social status more than anything – then they would have to get a real job.

“But Ramin,” you object, “how can cool people not be at the Yellow Vest demonstrations when YOU are there?”

Thank you. It seems paradoxical, indeed, but there’s an easy explanation: I turn 42 next week.

Ramin Mazaheri is the chief correspondent in Paris for PressTV and has lived in France since 2009. He has been a daily newspaper reporter in the US, and has reported from Iran, Cuba, Egypt, Tunisia, South Korea and elsewhere. He is the author of “I’ll Ruin Everything You Are: Ending Western Propaganda on Red China”. 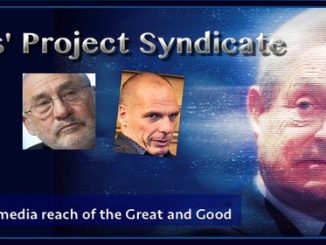 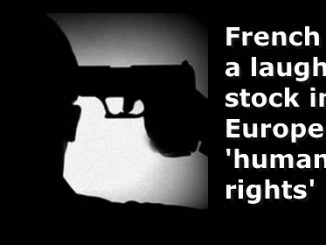 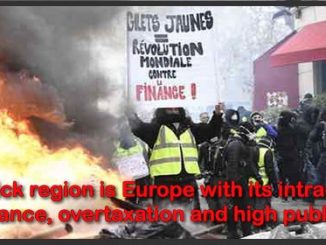 Financial Expert on How France & Italy May Bring Down European Community, Euro