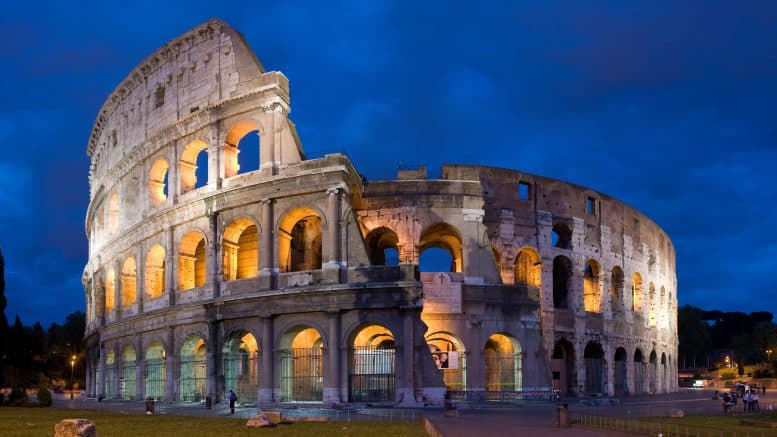 This is a watershed phenomenon in Italy where Technocrats and Populists are melding together to further common goals. However, note that the real reins of power are held by Technocrats. TN has previously suggested that the global populist movement would ultimately support Technocracy, the goal of which is to decentralize and weaken national governments. ⁃ TN Editor

Italy’s weird technopopulism could be the new normal

“Grappling with matters such as climate change, the environment, the European Union, is becoming too complex, even for experienced but non-specialist politicians”

So Italy has a government. On Wednesday June 6, Giuseppe Conte, an obscure academic handpicked by a coalition between the far-right League party and the anti-establishment Five Star Movement to be prime minister, secured the Parliament’s backing. He already made clear that banging his fist in Brussels to relax the eurozone’s rigorous budget rules is high on his list of priorities. He also seems keen on getting cosily with Russia.

The European Union is not happy, Italian bonds are doing badly on the markets, and Trumpist impresario Steve Bannon – recently in Rome gallivanting on rooftops and having over the creme de la creme of the Nationalist International, including leaders from the League and Five Star – is hailing Italy as the epicentre of the populist revolution he has been peddling all over Europe. Among all the drama and the coattail-riding, one thing about Italy’s new government has almost gone unnoticed. This is not a populist government; it is a techno-populist one.

The Conte cabinet is a chimeric organism. Within it, populist and extremist politicians cohabit with the very best of Italy’s technocratic elite. While both the League’s Matteo Salvini and Five Star’s Luigi Di Maio have been assigned ministerial posts to pursue their political hobby horses, the key levers of power are in technocratic hands: the Minister of Foreign Affairs is a former EU official; the Treasury is run by a university dean; Conte himself— a civil law professor whose face and voice had never been heard and seen by any Italian up until a couple of weeks ago— is a technocrat through and through.

The whole thing seems odd: we instinctively tend to think of populism and technocracy as warring parties. Technocrats deal in numbers, graphs and allegedly science-backed solutions; populist parties deal in emotions, despise unelected bureaucrats, and champion the real people’s very real will. These guys should be at each other’s throat. Yet they are ruling together. How come?

Lorenzo Castellani, a political historian at Rome’s LUISS University, recently explored the subject in an essay that did the rounds both in Italy and France, titled The Age of Techno-Populism. His theory is that, far from being foes, technocracy and populism are increasingly becoming allies in a war against a common enemy: representative democracy and traditional politicians.

In Italy’s case, this is so obvious to be almost didactic. The Five Star Movement started off in 2009 on the proposition that traditional politics was no longer fit for purpose, and that the parliamentary process should give way to direct democracy instead (the Conte cabinet features a Department for Parliament and direct democracy). They took pride in running online primaries that allowed anyone to run for office under the Five Star banner – according to the principle that ordinary citizens rather than professional politicians should be in power. But when they actually won the elections, the Five Star bunch realised that they had not enough experience to actually run a country. So they called the professors in.

“The world is too complex to renounce the technocrats,” Castellani explains. He says that the very same reasons that are catapulting populists into power – popular discontent with globalisation, economic crisis, technological disruption – also mean that running a country has never been harder for inexperienced upstarts. “Grappling with matters such as climate change, the environment, the European Union, is becoming too complex, even for experienced but non-specialist politicians,” Castellani says. People in this and other countries might well have had enough of experts, but they still need them – whether to calm down the bond markets, or even to implement a populist agenda without making an utter mess of it.

Granted: the Five Star Movement is not just any populist party. It is not the League, nor UKIP, or France’s Rassemblement National (erstwhile National Front.)

Its ambitious—if half-baked— vision of a futuristic internet-powered society always presupposed the injection of huge doses of technocracy. Its flagship proposal for a “citizenship income”— a vast unemployment benefit reform, often misleadingly touted as an Universal Basic Income programme— will need a lot of technical expertise to be pulled off. (Not to mention all the eggheads you’ll need to transform colossally bureaucratic Italy into a direct democracy.)
Read full story here…
************

More Than Half of French People See Migrants as a Threat, Leadership Serving the Elite 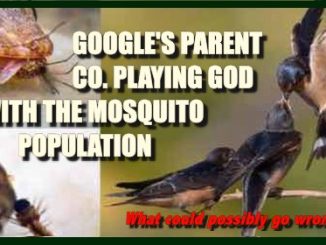 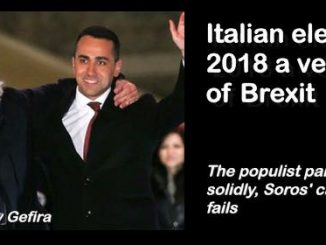