Former Swedish police officer turned refugee outreach worker Mustafa Panshiri should be designing a course for Swedish politicians, who clearly have a hard time accepting certain realities of the society they themselves have created.  And who believe the average Swedish citizen isn’t capable of handling facts and stats that should, they believe, reside exclusively in the hands of the authorities.

As many social media followers are probably aware right now, Chicago-based independent journalist Tim Pool accepted the challenge issued by Paul Joseph Watson to visit migrant populated areas of Sweden following Trump’s infamous statement on refugee problems in Sweden.  The rest of Pool’s videos are available on Facebook and Youtube. The video below in which he interviews Panshiri is one of the later videos Pool aired during his short stay and one of the best. 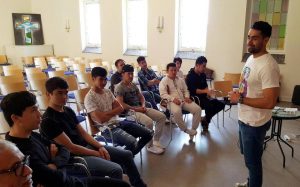 Panshiri decided not long ago to quit as a cop, wanting instead to do outreach work with Afghan youth refugees given his own Afghan Muslim origins (pictured).  A very articulate man with excellent English skills, who has clearly integrated extremely well himself, he decided that classes along the lines of teaching cultural values and attitudes were sorely needed.  Sweden became quite swamped with migrants by 2015 and the authorities were too busy dealing with the practical issues of housing and such like to be able to offer more nuanced help.

Panshiri shows how to balance compassion and constructive help with a realistic appraisal of the facts.  Here is a small sampling of his points from this 20 minute video, which I highly recommend:

Panshiri is a role model for the patronizing, elitist political class who clearly distrust the people they represent.  As Pool observes, ‘honesty can get you really far’, that dishonesty creates mistrust.  Enjoy the video.

EX-COP TALKS ABOUT REFUGEES IN SWEDEN

ER recommends other videos and articles by Tim Pool, who can be found on Facebook and Youtube

And so it begins: Mother, Daughter Sue France Over ‘Air Pollution-Related’ Illnesses 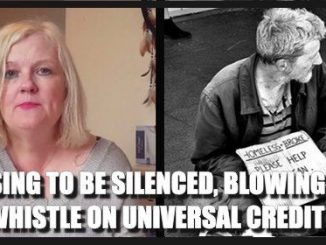 Re-Opening the Swedish Assange Case Should Be Welcomed