Following Tuesday’s perfunctory dismissal by the World Health Organisation (WHO) of the lab-leak hypothesis, Ian Birrell in UnHerd is dismayed by the WHO’s blatant kowtowing to China and apparent lack of curiosity about the facts.

So why is WHO so dismissive of a possible lab leak? After all, Peter Ben Embarek, the Danish food safety scientist leading its mission, explained that all the work to identify the origin of COVID-19 continues to point towards a natural viral reservoir in bats – but accepted they were unlikely to have been flying over Wuhan. He said his team held a “very long, frank, open discussion with the management and the staff” at Wuhan Institute of Virology (WIV), listened to their description of research carried out, accepted assurances that they did not posses Sars-Cov-2 in their virus banks, examined health data they were given, took the view such leaks are rare and then decided that microscopic pathogens could not escape from such a high-secure unit. “It was very unlikely that anything could escape from such a place,” he said firmly.

It is sweet these international scientists are so trusting of their Chinese colleagues, despite all the evidence of cover-up with the previous Sars epidemic soon after the turn of this century and then again in initial weeks of this pandemic. But this hardly sounds the most forensic, evidence-based approach given the seismic importance of their conclusions. We know the controlling nature of Chinese state repression. We know there have been many leaks before from labs, including 11 Sars infections from a top-security Beijing research centre in 2004. We know there were safety concerns since they were admitted by WIV’s head of security in a journal shortly before the outbreak. We know databases of unpublished viruses were hidden from outsiders. And we know that for all the WHO team’s faith in the WIV security, much of their Sars research was carried out at lower security labs in the city,

We also know scientists in Wuhan initially feared the novel coronavirus leaked from their lab. We know they were performing risky “gain of function” research that forces evolution of viruses, which some scientists have long feared might spark pandemic. We know they were combining snippets from different strains of bat coronaviruses and creating chimeric diseases using cloning techniques that display no sign of human manipulation. We know they were injecting viruses into “humanised mice” and trying to determine how bat diseases jump the barrier between species. We know also this new disease was well adapted to human transmission, possessing a mutation that allows its spike protein to bind to many human cells that is not found on similar types of coronaviruses. And we know two Chinese scientists in February claimed “the killer coronavirus probably originated from a laboratory in Wuhan” before their paper was hastily deleted.

Then there are the issues swirling around Shi Zhingli, Wuhan’s famed expert known as “Batwoman” for her sample-gathering trips in southern China, that have raised suspicions after being winkled out by Drastic, a group of researchers and scientists. Her actions include claiming three miners died of a fungal infection in 2012, when it later emerged they died from a respiratory disease similar to Covid that they caught clearing bat droppings in one of those caves. She obscured a link to their fatalities when publishing an influential Nature paper about the closest known relative to Sars-Cov-2 – and altered the name of this virus without mention of her action in that paper, widely taken as indication of natural transmission. Now she pushes ideas of transmission by mink and, yes, frozen food.

The episode, which exposes the extent to which the WHO has become supine before the Chinese Community Party, was “embarrassing”, writes Birrell.

That charade of a press conference – after 12 days wandering around Wuhan that included visiting a propaganda exhibition celebrating China’s recovery – was simply embarrassing. There is also a major flaw in the logic expressed at the event. The WHO stance is based on placing faith in China, despite all the evidence that this is a state that cannot be trusted – whether lying about its horrific treatment of minorities in Xinjiang, breaking a historic deal with Britain to protect freedom in Hong Kong or silencing noble doctors trying to alert the world to looming disaster. Yet if a leak was covered up, is it possible to trust such a Government? So if WHO is ruling out the likelihood of a laboratory accident, it must immediately release all data and evidence supporting its case.

Stop Press: Breitbart News reports that World Health Organization adviser Jamie Metzl told Fox News that “the actual investigation was done by Chinese authorities. And so, the WHO investigators were basically receiving reports from the Chinese officials”.

Stop Press 2: Freddie Sayers of UnHerd tweets that this is how Ian Birrell’s piece appears on Facebook. 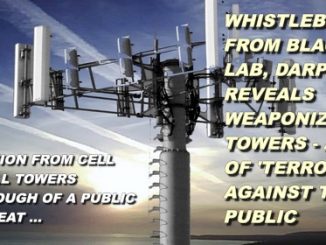 Dutch Students “Made Little or No Progress While Learning From Home”, Study Concludes