ER Editor: Yes, 6,500 people came out in Marseille, sans masque, demonstrating against the absurd Covid restrictions, using the occasion of a carnival to make a public protest. Smart.

Here are some tweets and video showing a sample of what it was like:

This tweet from 18 hours ago by Patriot Party leader Florian Philippot, who is a strong defender of civil liberties, shows the political class to be most unhappy:

They are criminalizing life! (ER: and we couldn’t agree more)

COVID: Is Macron really wrong to fear an insurrection?

President Macron (we have mentioned this several times in recent weeks) fears an insurrection in his old country, exhausted by the health crisis and the incompetence of its bureaucracy. In fact, there is a general weariness in the face of misunderstood deprivations. This could be felt in the streets, especially in Marseille… but also within his government. The atmosphere in the country is bad, and the French need lightness, sun and happiness.

Is the insurrection near against an absurd bureaucracy and growing restrictions to freedoms, which exasperate the country and make daily life singularly tedious? We regularly evoke this fear that agitates a President marked by the crisis of the Yellow Vests, and which have led him to avoid confinement.

In fact, the weariness is general, and the signals of civil disobedience are multiplying.

Macron does not hide his fears

The French are fed up with the denial of freedom. Emmanuel Macron feels it well. He did not hide it during the last council of defense, Wednesday.

The French are on edge, we have a duty of vigilance and responsibility.

We feel that the trauma of the Yellow Vests is well present in this young President who had found himself in a very bad position one evening, in Puy-en-Velay. And the fear of seeing the country once again in flames is well present.

Fear dominates the President to such an extent that he had forbidden Jean Castex to pronounce the word “lockdown” during his press conference.

Even in the government, the frustration is showing

To make matters worse, the weariness can be read in the government’s own ranks, shaken this weekend by the bureaucratic certifications issued, it seems, without the slightest ministerial validation (which forced the government to delete them purely and simply).

For example, it was learned that Roselyne Bachelot had presented with initial respiratory symptoms after having gone to the Opéra Bastille to attend an “informal” premiere of Faust. The minister would have posed for a family photo with the troupe in complete disregard of barrier measures. If ministers now go to the opera and exchange viruses with the actors, how can we not fear the indocility of the French?

But, from the street itself, worrying signals are emerging about the now open disobedience to the official rules. In Marseille, 6,500 people took part in an undeclared parade, without masks, to demand the freedom to go out. The 21st edition of the Carnival of the Plain turned into an anti-confinement demonstration…

These signals show that the country is now at the end of the hardships it is willing to endure to face the pandemic. 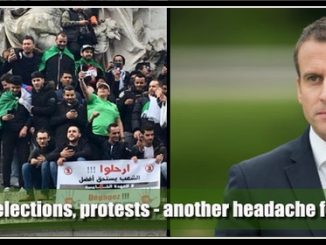 Algeria: The Iceberg That Could Sink Emmanuel Macron 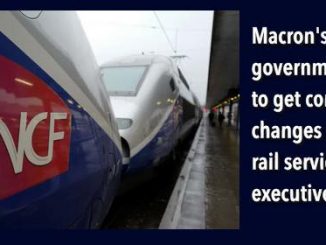 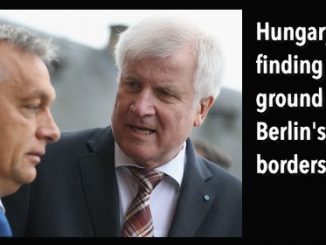