A specter is haunting Europe: the specter of basic statistical literacy.

As a law-abiding French citizen, I do not engage in any conspiracy theories or really any thoughts disapproved of by my democratically-elected politicians in the National Assembly and by public-spirited ethno-religious lobbying organizations like the LICRA and the CRIF.

According to Wikipédia, the Great Replacement is an “extreme-right, racist, and xenophobic conspiracy theory according to which there is a deliberate process of replacement of the French and European population by a non-European population, especially from Black Africa and North Africa. . . . The main arguments of this thesis, whether demographic or cultural, are refuted by the great majority of specialists, who reject both the methods from which its rests and its underlying logic.”

Translation: From now on, 20% of the Belgian population is of foreign origin, and there are more Moroccans than Italians. Naturally, I then reject the despicable arguments claiming there is a change of the European population citing so-called “facts” such as our current immigration policies, demographic statistics, and quotes of our political leaders celebrating our bright multicultural future.

But now my consciousness is troubled . . . the Belgians, our strange neighbors beyond the village of Quiévrain, are now claiming through their State propaganda outlets that there is a growing change in Belgium’s population.

The francophone State broadcaster RTBF blares with the headline: “Now 20% of the Belgian population is of foreign origin and Moroccans outnumber Italians.” It gets worse in the body of the text as the article claims that

“Diversity in Belgium has increased over the past 10 years. It’s what, in any case, is shown by new statistics on the origin of the Belgian population, published by Statbel.” Foreigners and their descendants are very unevenly spread geographically, however. Flanders, a region which votes heavily for anti-immigration parties, is still over 75% native Belgian, while French-speaking Wallonia is only two-thirds Belgo-Belgian. In Brussels, astonishingly, native Belgians barely make up a quarter of the population!

It is true that the Belgian middle class has largely fled the capital, sandwiched between relatively dysfunctional Muslim neighborhoods and gentrifying neighborhoods taken over by European expats. Ethnic (self-)segregation in Brussels: Europeans in blue, Arabs in pink, Turks in yellow.

In a recent paper, psychologists Emil Kirkegaard and Baptiste Dumoulin examined the the correlation between Muslim settlement and social outcomes in 589 Belgian municipalities:

We find very strong relationships between Muslim% of the population and a variety of social outcomes such as crime rate, educational attainment, and median income. For the 19 communes of Brussels, we find a correlation of -.94 between Muslim% and a general factor of socioeconomic variables (S factor) based on 22 diverse indicators. . . . For the entire country, we have data for 8 measures of social inequality. Analysis of the indicators shows an S factor which is very similar to the one from the Brussels data only based on the full set of indicators (r’s = .98). Background of foreign-origin people in Belgium: neighboring countries (including Britain) in red; the EU27 in blue; non-EU27 in green.

RTBF also provides data on the origin of foreign-origin people in Belgium: 51.3% are from non-EU countries (mostly North Africans, Turks, and Black Africans), 20.5% are from “neighboring countries” (including Britain), and 28.2% are from other European Union countries. We observe that non-EU migrants are concentrated in Brussels (60.7% of foreign-origin people) and markedly underrepresented in Wallonia. Indeed, the latter has a long previous history of Italian immigration.

Romanians have also progressed enormously, now the sixth largest nationality, with a massive wave of immigration since that country’s access to the EU in 2007. This is a heterogeneous group: many Romanians work in EU affairs as yuppies, others work in blue-collar professions such as construction, go to church, and vote for nationalists, and others still are in fact Gypsies who now make up about half of the beggars that hang about so many of this little global city’s street corners. (Many of these Gypsies have adopted migratory patterns of begging a few months in the West and then returning to the home country in stints.) Most important sources for foreign-origin residents broken down by region: Flanders, Wallonia, and Brussels.

Over 10 years, the proportion of each category of foreigner (neighboring, other EU, and non-EU) has not varied much.

One important thing not mentioned by RTBF is the age structure of the native vs. foreign-origin populations. As Jérôme Fourquet has emphasized in his study of France, headline statistics often understate the intensity and rapidity of changes because the elderly are included, but as always the future belongs to the young. If I were to trust these Belgian statistics, I would add that this makes the traditional Wallonian-Flemish bickering over Brussels now look very petty indeed: with native Belgians making up only around 20% of residents, the city is fully lost to both sides. The Belgo-Brusseler is a marginal whose proper place is on the endangered species list.

Brussels may as well be an independent city-state and/or EU capital district, something which would no doubt assuage the new residents’ alienation from smalltime Belgian politics (interminable negotiations and gridlock between the Flemish and Francophone parties). This would also give an opportunity for Brussels to become a “Singapore of the North” by shedding the Belgian State’s appalling tax burden on income and social charges. Then again, I suppose the emerging Afro-Islamic majority of Brussels citizens overwhelmingly votes socialist.

But why not make English an official language of independent Brussels? We could even make Arabic and Turkish into recognized minority languages. Then different residents could not only live in different neighborhoods, as they happily choose to do now, but could each be educated in the language and culture that most resonates with them.

But anyway, as a good French citizen, I know these “Belgian statistics” are trash. The idea that the populations of Western Europe are being changed because of the preferred immigration policies of big-business and the multicultural left is laughable on its face.

In fact, I am worried about the influence of RTBF’s conspiratorial reporting on French discourse and social cohesion. What is President Emmanuel Macron doing about the menace-upon-the-Senne*?

* Yes, the Belgians chose a name for the river going through their capital virtually indistinguishable from Paris’. 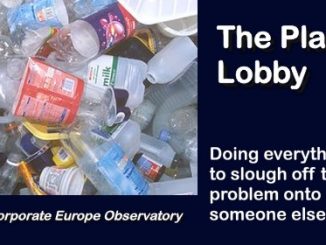 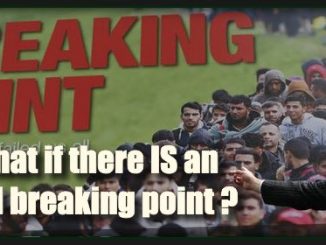