In addition to guaranteeing the rights of big business, new trade deals will mean further financial deregulation in the UK

Despite being without national trade policy for four decades, we can predict a lot about the UK’s future trade deals outside of the EU from the Transatlantic Trade and Investment Partnership (TTIP) and what we know gives great cause for concern.

If and when Brexit is completed, TTIP will not directly apply to a UK outside the single market. But with the US knocking on the door to create a trade deal with the UK we know its interests are the same as expressed in TTIP. All the warning signs from TTIP suggest that under the current government vested interests will be satisfied ahead of the wider public interest.

What is TTIP? See video here

Long gone are the days when trade focused on simply removing tariffs for goods. Since the 1980s, trade has increasingly focused on removing social, health and environmental regulations (‘non-tariff barriers’ in trade language), opening up public service markets and advancing the ‘rights’ of corporations. In this way, trade agreements expand and guarantee the reach of markets and corporations into every sector of the economy and every corner of the globe. TTIP fits squarely into this framework.

The most controversial elements of TTIP are the ISDS ‘corporate courts’ to guarantee ‘investor rights’. Put simply, ISDS permits big business to sue governments in a one way private justice system for policies that affect profits. It functions as taxpayer funded risk insurance for corporations. And corporations are using the power at an unprecedented rate, often through British law firms.

In 2013, the UK government commissioned the LSE to study the impact ISDS would have on the UK. It kept the findings quiet: costs, but no benefits, and a likelihood of being sued more times than Canada – the most sued country in the Northern hemisphere. But for trade minister Liam Fox, the ideological cart is firmly in front of the empirical horse: “There have been claims that investors could sue a government for losses and win if a government takes a decision in the wider public interest…However, this could not happen.”

See slideshow, 6 Reasons Why We Should Be Scared of TTIP, here

In addition to guaranteeing the rights of big business, Britain pushed for the inclusion of financial deregulation in TTIP. By unpicking financial regulations, whether around banks, hedge funds or ratings agencies, TTIP threatens to recreate the conditions which precipitated the economic crash of 2008 – and the subsequent wave of ‘austerity’ and privatisation which dispossessed the poorest in the UK. There is already pressure to use Brexit to remove financial regulations: new trade negotiations will provide another opportunity for the UK financial services sector to ensure this happens both at home and overseas.

There is no evidence that these measures will increase the UK’s GDP. Last year, German Vice Chancellor Sigmar Gabriel slammed TTIP’s supposed 0.5 per cent GDP boost by 2017 as “wondrous calculations” drawn from “voodoo economics”. But this didn’t stop new trade minister Liam Fox from latching the figure onto the ‘magic’ of trickle-down economics: “[TTIP gives] the opportunity to add £10 billion to our economy every year, which is almost £400 per household.”

Despite the huge ramifications trade deals have across society, the UK government sought to keep TTIP secret – it actively prevented British MPs from reading the deal’s key texts in so-called ‘reading rooms’ when it could have granted access.

Worse still, despite a furore around the government’s decision to include the NHS in TTIP and in the face of high-level legal advice highlighting the threat it faced, the government refused a freedom of information request to release its legal advice.

As under TTIP, we must be relentless in our call for a democratic and transparent trade policy that is in the interests of all of us – and not just big business.

ER recommends other articles by the Independent 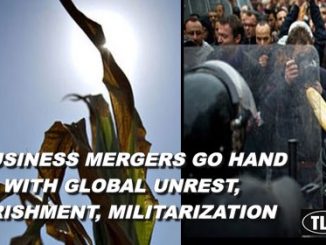 Trade Wars and Food Wars: Obama and the Agribusiness Monopolies 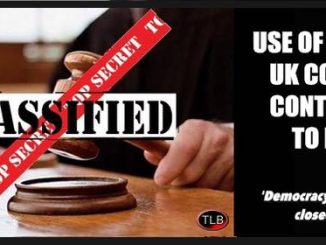 Use Of Secret Courts Confirms The End Of Democracy In Britain 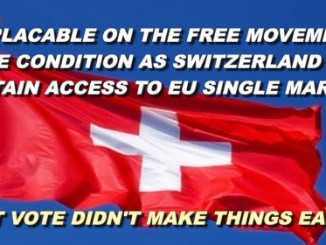