South Africa: The Solidarity Movement, a trade union representing workers, campaigned in Europe to bring awareness against the changes in South Africa’s constitution to allow expropriation of land from white farmers without compensation, which has led to farm attacks. In response, the Netherlands passed a motion against the policy, as it violates the International Declaration of Human Rights and the African Charter on Human and Peoples’ Rights, which both prohibit expropriation of property on the basis of skin color. The Solidarity Movement expects other countries to follow the example of the Dutch parliament to openly discuss the problem on the international stage.

The motion was tabled by Martijn van Helvert of the Christian Democratic Appeal and Kees van der Staaij, leader of the Staatkundig Gereformeerde Partij.

The Solidarity Movement – which includes trade union Solidarity – said that it welcomed a motion adopted by the Dutch parliament on Thursday that “spoke out strongly” against steps being taken to allow for land expropriation in South Africa.

“A majority of members in the Second Chamber of the Dutch Parliament voted in favour of the motion and thereby instructed the Dutch government to take a clear stand on this issue through bilateral and other processes,” said Jaco Kleynhans, the head of international liaison for the Solidarity Movement.

Details of the motion presented to the Dutch parliament

Kleynhans said the motion was tabled by Martijn van Helvert of the Christian Democratic Appeal and Kees van der Staaij, leader of the Staatkundig Gereformeerde Partij.

“Over the past few months, the Solidarity Movement has made extensive efforts to inform politicians and other leaders in the Netherlands and in other European countries of the intended expropriation without compensation, which would be catastrophic,” said Kleynhans.

He said the organisation met with various politicians, including Van Helvert and Van der Staaij, in February.

“As a consequence of the way in which the parliamentary committee investigating constitutional amendments to allow for land expropriation without compensation has shown contempt for our admonishments for caution, and for that of others, the Solidarity Movement had no choice but to internationalise this matter.

We will continue to persuade politicians in other countries and other governments to put pressure on the South African government not to continue with the planned amendments to the Constitution.”

Solidarity points to the International Declaration of Human Rights

Kleynhans said the motion emphasised that the International Declaration of Human Rights and the African Charter on Human and Peoples’ Rights both prohibited expropriation of property on the basis of skin colour.

“The motion passed by the South African government in February last year was clearly in favour of expropriation of land on the basis of skin colour and, therefore, violated these important charters,” he said.

The Solidarity Movement expected other countries to follow the example of the Dutch parliament, said Kleynhans.

“We will now also make sure that the Dutch government takes action in this regard, and we will also continue to ensure that this matter, in addition to other important issues such as rural security, which the government also pays no attention to, is discussed at international forums,” he said. 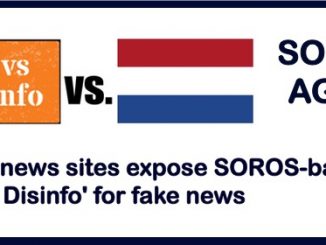 A fight for freedom: Dutch parliament against the EU’s Soros Ministry of Truth 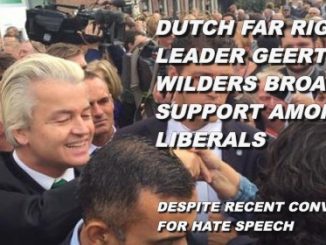