Of the 29 NATO member states, 22 have already ratified the accession protocol of North Macedonia into the anti-Russian alliance. The ratification process will likely be completed before the end of NATO’s summit taking place in London this week, which will make North Macedonia the newest country in military alliance.

This now appears even more likely since U.S. Secretary of State Mike Pompeo gave his endorsement, saying on Twitter:

This will make North Macedonia the fourth country out of the six successor states of Yugoslavia to become a NATO member, following Slovenia, Croatia and Montenegro. With Bosnia effectively a NATO satellite, this leaves Serbia as the bulwark of anti-NATO and pro-Russia sentiment in the region, especially as the other fellow Balkan countries, Greece, Bulgaria and Romania, are also NATO members. (ER: Albania is also a member of NATO, joining in 2009.) 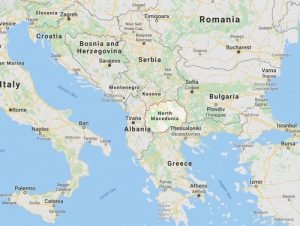 The confusing Macedonia question was a key priority for Russia’s Balkan policy – North Macedonia is an overwhelmingly Orthodox and Slavic country that had the potential to become another pro-Russia state in the Balkans, alongside neighboring Serbia. However, North Macedonia, since its independence from Yugoslavia in 1991, pursued a pro-Western policy and joined the NATO program Partnership for Peace as early as 1995 and became a European Union candidate a decade later.

This has not discouraged Russian efforts to push North Macedonia out of the NATO sphere of influence. The governments in Athens and Skopje have competed over the name Macedonia since North Macedonia became independent from Yugoslavia, as Greece’s northern region is also confusingly called Macedonia. Effectively, as North Macedonia was continuously vetoed by Greece from joining NATO and the EU because of the name dispute, Russian efforts to radicalize Macedonian identity was encouraged. The strategy to radicalize Macedonian identity to be more anti-Western and pro-Russian was an effort to avoid a situation like the Prespa Agreement that brought a finalization to the Macedonian name dispute in 2018, opening the way for North Macedonia to join NATO and the EU, without a Greek veto.

The Prespa Agreement, named after a lake that traverses the borders of Greece, North Macedonia and Albania, defined exactly what was meant by “Macedonia” and “Macedonian.” For Greece, according to the agreement, these terms denote an area and people of Greece’s northern region, who continue the legacy of the Ancient Macedonian Hellenic civilization, history and culture, as well as the legacy of Alexander the Great. In reference to North Macedonia, these terms denote the modern territory of North Macedonia, Slavic language and Slavic people with their own history and culture unrelated to the Ancient Macedonians. The agreement also stipulates the removal of North Macedonian irredentist efforts against Greek territory and to align them with UNESCO and Council of Europe’s standards. 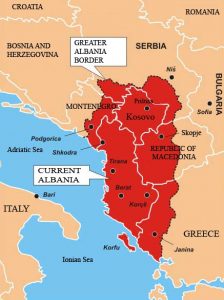 This historical revisionism meant ignoring serious ambitions for a Greater Albania (see map) that expands into the western territories of North Macedonia. Ignoring efforts for Albanian expansionism, something that has been partially achieved with the Albanian control of Kosovo, has undermined North Macedonian security and opened the gates for it to become a major puppet of NATO to preserve their territorial integrity. As argued in a previous article, because the overwhelming majority of Albanians want a Greater Albania, it is unlikely to be achieved with Washington’s backing in Greece, Montenegro and North Macedonia as they do not pose a threat to U.S. hegemony in the Balkans, but rather serve it, by resisting Russian influence in the region.

With Russian influencers failing to invigorate anti-NATO sentiment in North Macedonia, there comes the reality that the Balkan country, confident after the finalization of the name dispute, can now march into the hands of its new NATO puppet masters. It is for this reason that a senior Russian Foreign Ministry official said that: “Russia’s position regarding the expansion of NATO is well known: it is a destructive process that undermines confidence and stability in Europe, leads to increased antagonism.” According to the official, it is not a military threat that North Macedonia would pose to Russia but a set of risks to European security that “must be guaranteed by totally different methods, instead of involving this [Balkan] country in military planning of the Alliance and in an anti-Russian policy.” 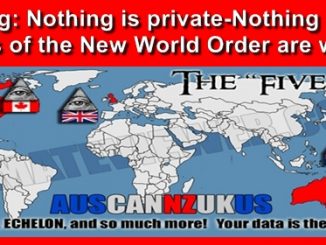 Prospects for the Emergence of a Real Opposition in Russia