Gone with the wind…Brussels’ Final Battle: ‘If One More Country Leaves EU It Will Be Finished’

If one more Brexit-like event takes place, the European Union may cease to exist, Jim Mellon, chairman of the Burnbrae Group and renowned investor who correctly forecast the last economic recession, told Sputnik.

In an interview with Sputnik, Burnbrae Group Chairman Jim Mellon warned of far-reaching consequences of any member state withdrawing from the European Union.

Burnbrae Group Limited is a private equity and venture capital firm specializing in investments in mature cash generative businesses, new and exciting start-up ventures, and emerging markets, according to Bloomberg.

Mellon’s interview came amid the latest reports that the European Central Bank’s monetary policy is becoming an increasingly divisive issue, threatening to break the Eurozone apart.

These fears were fully shared by Jim Mellon, who made it clear that it was only a matter of time before the Eurozone was bound to collapse.

“At some point, the Eurozone consisting of a spate of countries with diverging economies is going to collapse, and the big issue is when [it will happen],” Mellon said, not ruling out that the breakup will take place in the next five years.

He added that “the situation remains dire” and that Italy or Greece may leave the Eurozone in what he said will be followed by “absolute untold economic chaos across the whole of Europe.”

In this regard, he warned against any new scenarios similar to Brexit which saw the majority of UK voters saying “yes” to their country withdrawing from the EU during last year’s national referendum.

“If one more country leaves the European Union it will be finished,” Mellon said.

As the Greek and Italian economies remain unstable, the regulator is expected to keep its ultra-loose measures, including low-to-negative interest rates and central bank cash injections, in place this year.

The latter means that risks of an extended economic stagnation and disinflationary threats will be persistent in the bloc’s economy.

It also mars hopes of a long-awaited normalization of monetary conditions, which Germany and France, the bloc’s more successful economies, need in order to be able to remain prosperous. 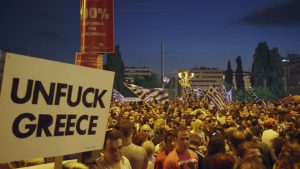 According to financial experts, such a situation poses a major challenge for intra-Eurozone relations and could eventually result in more nation-exit sentiment across the bloc.

This dire forecast comes amid fears of an upcoming collapse of the EU’s single currency.

According to President Trump’s choice for ambassador to the EU – Professor Ted Malloch – this scenario could happen within the next 18 months. 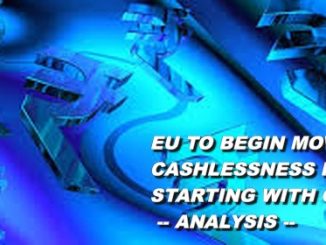 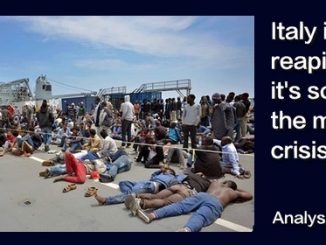 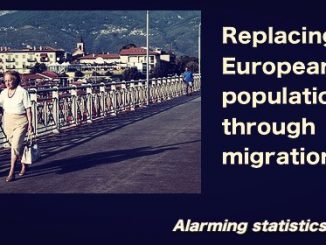 Replacement of The Population is Taking Place in Europe