Global Anti-Russia Campaign Is Taking Us Dangerously Close To Disaster

The expulsion of 60 Russian diplomats from the US, along with dozens of others from various other countries, should be a sobering moment for all of mankind. It’s a sign of how close to the brink of a major war the world is coming.

To start with, this current episode is not comparable to the 55 Soviets expelled by Ronald Reagan in 1986 or the 50 or so thrown out by George W. Bush in 2001. Those actions were directly related to spying activities – which all governments engage in, directed against their friends as well as enemies. The Russians do it, the Americans do it, everybody does it. There’s nothing remarkable about cutting the numbers down now and then, particularly after a major embarrassment like the 2001 Robert Hanssen scandal.

But these latest expulsions have nothing to do with how many of the Russians might be actual spies. Nor with the nonsensical accusations of Russian election interference to “sow discord” and “discredit democracy.”

In fact, they have almost nothing to do with the US State Department’s unsupported claim that “Russia used a military-grade nerve agent to attempt to murder a British citizen 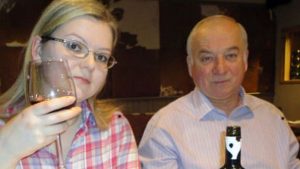 and his daughter in Salisbury.” The absence of evidence that the Russians were behind the attack is no more relevant than repeated, equally evidence-free accusations of chemical weapons use by the Syrian government. Whatever happened to the Skripals and whoever is behind it, Salisbury is a mere pretext.

No, the real purpose is much simpler. Decrying the American action, Russian Ambassador to the United States Anatoly Antonov stated that he had told his US interlocutors that “the United States took a very bad step by cutting what very little still remains in terms of Russian-American relations.”

But severing the last vestiges of that relationship is what the expulsions are designed to do. Disrupting US-Russia ties isn’t a means to an end – it is the end.

For several years, many commentators and analysts have pondered whether the US and Russia are already in a new Cold War, and if so when things will get better. The crystal-ball gazing can now stop. The answers are all too clear.

Yes, we are in a new Cold War and have been for some time. Indeed, it is foolish to think that on the US side the first Cold War ever really stopped. As long as we had a puppet government in

Moscow under Boris Yeltsin in the 1990s, we could do as we pleased. Plunder Russia’s resources with the assistance of corrupt oligarchs installed by Western “experts.” Expand NATO to the east after promising we wouldn’t. Bomb Serbia. Invade Iraq. Expand NATO some more. Stage regime change operations in the name of “democracy.” Declare that Ukraine and Georgia will be members of NATO.

As for the second question – no, things will not get better. Perhaps never.

What about President Donald J. Trump, the man who is supposed to be the Leader of the (anachronistically named) Free World? Hasn’t he repeatedly said he wants better relations with Russia?

The answer is supplied by the former State Department spokesman under the Obama administration, Admiral John Kirby, who said the expulsions were “… embraced by our European allies because they’ve been worried that with some of the things they’ve heard or haven’t heard from this president about Russian President Vladimir Putin means he might be soft on Moscow. But this tells them that the national security professionals they’ve been talking to behind closed doors really have held sway and the US policy is following what they have always promised, which is to crack down.”

Perhaps Kirby overstates how much some of our European satellites really want more confrontation with Moscow, but he’s absolutely right about the role of the “national security professionals” operating “behind closed doors.” Make no mistake – of all of Trump’s 2016 heresies against the bipartisan establishment, none was of more concern than what seems to be his sincere wish for a new détente with Moscow.

When all is said and done, there are lots of reasons the political class hates Trump. His views on immigration and trade are near the top of the list. But for the deep state and its mainstream media arm, demonizing Russia and President Vladimir Putin personally is a dangerous obsession – and Trump presented a threat. Hence the entire Russiagate/FISAgate hysteria launched by the Steele dossier, an effort that incidentally has British (particularly MI6) fingerprints all over it. Its main goal was always to box Trump in and prevent him from pursuing any path other than the disastrous course laid out by Bill Clinton, George Bush, and Barack Obama.

Recently, one prominent Democratic senator expressed his concern over the appointment of the hawkish John Bolton as Trump’s new national security adviser, suggesting that Trump was “lining up his war cabinet” that might “blunder us into another terrible conflict.” But where was that senator and his leftish colleagues in the self-declared “#Resistance” to Trump when they insisted on new legislatively mandated sanctions, demanded we send lethal weapons to Ukraine, called for bombing Syria, and generally accused Trump of being a traitor in collusion with Putin?

Well, the Trump critics have got their wish. The Democratic left, along with their GOP “Never Trump” neoconservative allies, have won and Trump has lost. As far as foreign and security policy goes, Trump might as well not be president.

The result is a world that is one “Sarajevo” moment from a new (nuclear) 1914, but not because Trump is an unpredictable, irrational “madman” who needs to be restrained by the “adults in the room.” That notion that is exactly backwards, as evidenced by the fact that the same “professionals” were aghast at his agreement to meet North Korea’s Kim Jong-un. (In my estimation, chances that the meeting will actually take place are only 50 percent and falling fast with Bolton’s appointment. Look for a “provocation” by Pyongyang that will scotch the summit. Or if the meeting does take place, look for Trump to be loaded up by his team with non-negotiable demands that will guarantee failure.)

Moscow will now consider its response to the expulsions of its diplomats, but it is in a no-win situation. If, based on past practice, the Russians respond with “proportionate” restraint so as not to permanently alienate their Western so-called “partners,” they can be sure of more of the same – and worse. On the other hand, if they hit back asymmetrically and hard – for example, cancelling overflight rights of flag carriers of sanctioning states – the howls of Russian “rogue behavior” will intensify, leading to yet more and harsher sanctions, such as SWIFT cutoff. Look for a stepped-up boycott campaign against the 2018 World Cup, as well as stronger calls to neutralize Moscow’s veto in the UN Security Council. Or another chemical weapons false flag in Syria. Or a possible “Krajina scenario” launched by Kiev against Donbass – in the expectation that Putin will step aside the way that Slobodan Milosevic did.

Those behind this global campaign think we can treat Russia as though it were a minor power of the magnitude of Serbia, Iraq, Libya, or Syria, or even Iran. They think if we just keep pushing, pushing, pushing, either the Russians will collapse or back down. They can see no other acceptable outcome than removing Putin and returning Russia to the condition of a Yeltsin-era vassal state – a term Putin used in his interview with Oliver Stone – or, better yet, its territorial breakup along the lines suggested by the late Zbigniew Brzezinski.

Things are going to get worse. Maybe a lot worse.

Image of the Skripals courtesy of Sky News 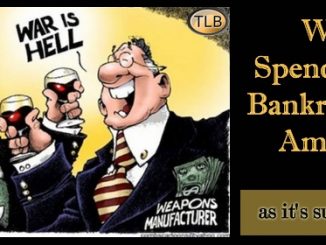 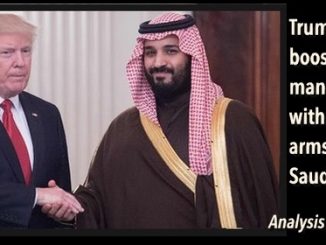 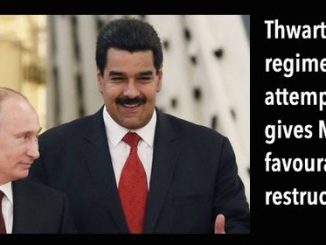