The NHS will be at risk of further privatisation if Britain stays in the EU because of the major trade deal being negotiated with the US, David Owen will say on Wednesday.

Lord Owen, who was health secretary for Labour in the mid-1970s before co-founding the SDP, said it would be impossible to take the NHS back to its original purpose unless the UK votes to leave in the June referendum.

Speaking to the Guardian, Owen said the Transatlantic Trade and Investment Partnership (TTIP) between the EU and the US could put the NHS in “serious danger” unless there are more special protections to exclude the health service from the terms of the deal.

Under the clause of TTIP that most worries campaigners, US companies will be able to sue governments for pursuing policies that harm their business. A legal opinion commissioned by Unite argues the deal would mean privatisation of elements of the NHS could become irreversible for future governments that want to restore services to public ownership.

“The legal opinion is very clear that there are a myriad of dangers if health comes under the current TTIP system,” Owen said.

“The government could apply for an exclusion but even if we do that we are still left with the problem that the EU has gone more and more into the health service, because as more marketisation comes in there it becomes a greater justification for not treating it as an exception … such as the insistence on putting more and more out to contract.”

His alarm at the idea of privatisation in the NHS is unlikely to be shared by some of his Vote Leave colleagues on the right. The remain campaign has claimed many leading Brexiteers “spent their political lives championing policies which would destroy the NHS as we know it”.

But in his speech, Owen is due to say: “We are agreed in Vote Leave that, whatever our political views on the present marketisation of the NHS, decisions on the NHS should for the future be for the UK parliament and devolved administrations to take. It should not be for the European commission nor the European parliament.”

He said leaving the EU was the only way to regain control over the NHS and the referendum was now wide open.

“We went through a market, insurance-based health system in the 1920s and 30s. I spent my childhood being told by my father what that was like and why he voted for the NHS in 1948,” Owen said. “All I am saying is I want to be able to vote for the essence of the NHS to come back if we have a government that is not a Conservative one and I would say even that could possibly happen in 2020 although it is obviously more likely to be a longer period.

“We have got no chance whatever of going back unless we get out. Barbara Castle and I disagreed in 1975. I thought the common market would leave the NHS alone but she turned out to be more perceptive than me.”

Owen’s position on the NHS was dismissed by the in campaign Britain Stronger in Europe, which argued leaving Europe “would weaken our NHS”.

Its director, Will Straw, said: “Independent experts are clear that leaving the EU would cause a recession, meaning less money for the NHS and therefore fewer operations, fewer life-saving drugs and fewer doctors and nurses.

“Lord Owen’s claims about the proposed trade deal with the US are utterly untrue. The UK government, the NHS, the US government, and the EU are crystal clear that there are specific protections to ensure that the NHS would be unaffected by TTIP, which has the potential to increase jobs and growth in Britain. This baseless scaremongering is beneath Lord Owen and the British people deserve better.”

Jeremy Hunt, the current health secretary, also said a vote to leave would put NHS funding at risk. However, campaigners for Brexit argued that leaving the EU could secure the health service, reducing the burden on the NHS caused by immigration from Europe. Priti Patel, the employment minister, has claimed the health service is under threat because of the UK’s membership, an argument echoed by former Conservative leader Michael Howard.

“We will be talking a lot about the NHS in this campaign because we believe that a leave vote is vital if we are to protect the NHS for future generations,” Patel said. “Current levels of migration are causing unsustainable pressures on our public services and we can see that the NHS is creaking under the strain.”

Rowena Mason is a political correspondent for the Guardian 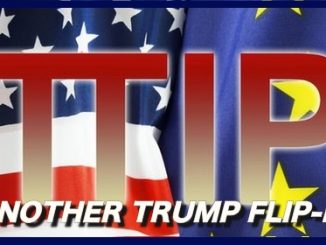 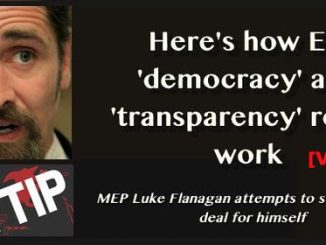 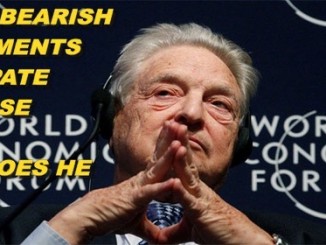 George Soros Is Preparing For Economic Collapse – Does He Know Something That You Don’t?