How Women are Treated by Islam

Newcastle upon Tyne is a small city in the North-East of England which, in 2017, was acclaimed the best city in the UK in which to raise children (London was the worst). Imagine, then, the shock when the city again became national news on August 9 when a trial at the Crown Court ended in the conviction of 18 people for the sexual grooming of children. Juries “found the men guilty of a catalogue of nearly 100 offences – including rape, human trafficking, conspiracy to incite prostitution and drug supply – between 2011 and 2014.”

Of the 18, one was a white British woman. The rest were males of Pakistani, Bangladeshi, Indian, Iraqi, Turkish and Iranian backgrounds, all with Muslim names.

Newcastle has a fairly small Muslim population, quite unlike those in other northern and Midlands towns such as Bradford, Blackburn, or Dewsbury. Based on the 2011 census, Bradford’s Muslim population reaches 24.7%, that of Blackburn 27.4%, and that of Dewsbury 34.4%. The highest in the country is only fractionally larger – the London Borough of Tower Hamlets, at 34.5%. The lowest out of 20 local authorities in England and Wales was the London Borough of Hackney with 14.1%. Newcastle’s Muslim population is much smaller, at 6.3%. The city boasts around 15 mosques, the vast majority of which are located in the less prosperous south-west sector. The Central Mosque (Masjid-at-Tawheed) is run by the Jamiat Ahle Hadith, a radical Pakistani religious movement and political party.[1] The Islamic Diversity Centre is also connected to a fundamentalist organization based in London. Finally, only 2 terrorist offendershave ever come from Newcastle (see p. 932 in link).

Compared with many other places, Newcastle does not figure high on any list of radical Islamic activity, even if it has a moderate share of fundamentalists. Indeed, following the revelation of the grooming gang in August, a representative of the local Muslim community, city councillor Dipu Ahad,[2] said to the national press that local Muslims were “absolutely disgusted” by their crimes and feared a possible backlash.

It would be churlish and inaccurate to assume that the entire Muslim community of Newcastle, or even a minority, view such criminal activities as acceptable. Islamic law and ethics would condemn the actions of these men as immoral and anti-Islamic. At the same time, efforts by Ahad and others to divorce Muslim grooming gangs from Islam itself raise deeper questions. As in earlier grooming cases, it was important to ask how the crimes had gone unmentioned by those members of the Muslim community who would be closest to the men involved. Ahad said that “fellow Muslims should not feel the need to “apologise” for grooming gangs”. He added, “Did the white community come out and condemn the crimes of Jimmy Savile?”

Savile was one of the most popular characters in the UK in his day, awarded an OBE and knighted by the Queen for his services to entertainment and charity. His overwrought celebrity status, his image as a person of good works and compassion served to cover a long career as Britain’s greatest sexual predator, who had preyed on at least 500 women and girls, some as young as two. But he was a national celebrity, not a member of a small “white community” that might have been aware of his depredations and capable of alerting the police.

Ahad’s reply was an ingenious way to deflect the question of whether Muslims had covered up the crimes by failing to pass on even suspicions of illegality out of feelings of solidarity with members of what they might see as a beleaguered community. This same question has frequently surrounded cases of terrorism by Muslims — cases that go unreported by the often tight-knit communities.

Like Ahad, Chi Onwurah, the Labour Member of Parliament for Newcastle Central, tried to diffuse the concerns by diminishing any responsibility for the Muslim community. She said:

“those who sought to use the abusers’ Asian or Muslim backgrounds to create division were putting other girls at risk. Assuming that grooming and child abuse is [sic] prevalent in one group helps potential abusers hide in plain sight if they are not part of that group.

“Crimes of sexual exploitation can be and are committed by members of all communities and indeed it remains regrettably true that sexual abuse is most likely to come from within the family circle.”

However, another city councillor, Greg Stone, from the Liberal Democrat party, took a more robust approach. He saw problems precisely in places that the leftist Ahad and Onwura chose to draw attention away from:

“No one wants to demonise a particular community but the fact that his is happening again and again in the same circumstances and communities is a fact we cannot ignore.

“I think there needs to be a national approach – this is happening in too many places for it to be local circumstances.”

He said sexual exploitation would not “go away until we ask difficult questions”, adding:

“I don’t think we can eliminate the scale of abuse, which has national implications, unless we ask some tough questions of the Pakistani and Bangladeshi community in particular.”

Indeed, if we look at a list of 265 convictions for grooming gangs and individuals in the UK between November 1997 and January 2017 (and if we add on another 18 for the recent Newcastle gang), we will note that more than 99% are for Muslim men, mainly young men in their 20s and 30s. On June 2, 2017, it was reported that another 165 suspects had been identified in Rochdale in West Yorkshire, all described as “Asians”, a code-word for Pakistani Muslims. Some days later, on June 9, fourteen Pakistani men appeared at Oxford Crown Court charged with child sex abuse.[3]

Like Rochdale and Oxford, several towns appear more than once in different years as centres of Muslim grooming gangs. Rochdale itself saw convictions of a total of 41 men from 2010 (twice), 2012, 2013, and 2016 (twice). It is hard to escape the conclusion that there is an endemic problem both with Muslim men and the communities from which they emerge. The police, social workers, the courts and other authorities who for so many years did their best to cover up the identity of the criminals, allowing them to carry out their sexual abuse for so long, were in the end forced by some determined investigators to take action that exposed the Islamic origins of the vast majority of offenders. But, as some statements about Newcastle have shown, there is still a remarkable reluctance to pinpoint features of Islamic doctrine or Pakistani, Bangladeshi, and other cultures as the trigger for this behaviour.

Perhaps that influence is best summed up in the following remarks made by Badrul Hussain, a member of the Newcastle grooming gang, when speaking to a female inspector on the local Metro service who asked to see his ticket:

“All white women are only good for one thing, for men like me to f*** and use as trash, that is all women like you are worth.”

It is, however, not just white (that is, non-Muslim) women whom Muslim men hold in such contempt. This abuse starts at home in Islamic countries in the treatment of Muslim women. Its roots lie in aspects of Islamic law and doctrine that are retained in the 21st century despite having been formulated in the 7th century and later…

Dr. Denis MacEoin lectured in Arabic and Islamic Studies at Newcastle University and is currently a Distinguished Senior Fellow at the Gatestone Institute. He lives in Newcastle upon Tyne.

Featured image posed by models, courtesy of The Daily Mirror

[2] A left-wing member of the Labour Party who is known for his pro-Palestinian, anti-Israel activities.

[3] Only ten of these may have been Muslims: four are unnamed and described as men of “no fixed abode”.

[4] Strictly speaking, shari’a law requires the woman to give consent, though in practice this is usually obtained under pressure. 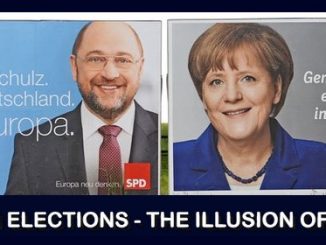 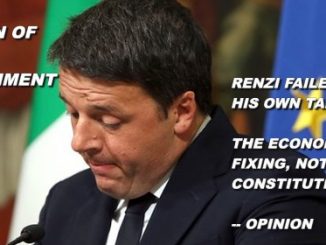 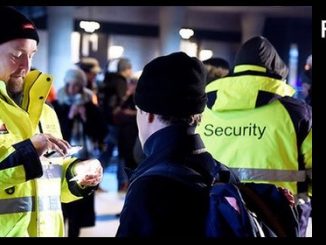