ER Editor: Awake and aware people by now know the possible significance of there being many miles (thousands?) of underground tunnels under both countries and seas around the globe. Here, Larry Johnson focuses on the underground tunnels around Bakhmut and Soledar, ostensibly salt mines, which are actually a ‘network of underground CITIES’. The pictures below indicate the astonishing scale of construction below ground.

A reminder of the geography of Bakhmut (close to Soledar), which is found within the Donbass area that Russia is still fighting to clear of Ukrainian forces. Larry Johnson’s question below is why is this taking so long, and what’s really down there and why is it so important to Ukraine?

Salt and military equipment are just two possible answers. Bioweapons labs are another. And what else? 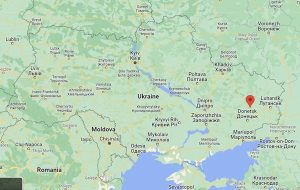 Soledar Salt Mine is a complex of man-made mines of Artyomsalt company. The system of galleries at a depth of about 300 m (985 ft) is a result of more than 100 years of underground works. Extends to 200 km (124 miles).

WHAT IS UKRAINE HIDING IN THE BAKHMUT SALT MINES?

The prolonged battle for Bakhmut is portrayed in the press as a symbol of Russian weakness. I know that many Westerners have scratched their heads and wondered why such a fierce battle is being waged over this particular piece of territory. The answer, I believe, lies below the surface of Bakhmut/Soledar in the Soledar Salt Mines (aka Artyomsol Salt Mines). The Salt mine is a monster, with a 125 miles of tunnels.

Take a look at these images:

Evgeny Prigozhin, the creator of the Wagner Group, offered the following update on the situation in Bakhmut and mentions the Salt mines in passing:

“Bakhmut is the central point of the Eastern Front and a serious logistics center. And our task there is to die as little as possible, and to destroy the enemy as much as possible.
Bakhmut’s feature is in its unique historical and geographical defense capabilities, which include, first, the division of the city into several parts by water barriers. Secondly, the neighborhood of Bakhmut is a complex of settlements that create a unified defense system. Thirdly, this is a unique landscape, ravines and heights, which are natural tunnels. And the icing on the cake is the system of Soledar and Bakhmut mines, actually a network of underground cities. In which there is not only a cluster of people at a depth of 80-100 meters, but also tanks and infantry fighting vehicles move. And stockpiles of weapons have been stored since the First World War “(c) Prigozhin

I think there is more going on underground than salt-mining. It is a secure warehouse for Ukraine’s military equipment. The blog ScoopTrade provides a great overview:

Prior to the start of the special military operation in Ukraine, Artyomsol was the largest enterprise for the extraction and sale of table salt in Central and Eastern Europe. It consists of five salt mines, which are located within the city limits of Soledar and Praskovievka: mines No. 1, No. 3, No. 4, No. 7 and the Volodarsky mine. They are interconnected by rail and road, as well as a developed system of underground communications, which, after the outbreak of hostilities, were improved by the military personnel of the Armed Forces of Ukraine.

The Artemsoli salt mine system is already being used by the Armed Forces of Ukraine as an underground fortress. Ammunition depots, quarters for personnel, and in some places even hangars for equipment are equipped at great depths. And “get” them from the surface is almost impossible. Underground communications are also used by Ukrainian military personnel to move between positions, and the approaches and some entrances to the mines are mined and ready to be blown up. In terms of difficulty for the assault, the Artemsol mines can easily compete with the famous Azovstal in Mariupol.

This helps explain why Ukraine is pouring shrinking manpower into the meat grinder battle on the surface. It is a critical facility. However, is it possible that Ukraine has stored evidence of its bioweapons program in the mines? This is more than a key transportation/logistics hub.

Curiously, an anonymous White House official this week began pushing the line that Prighozin, who is a Chef, is just interested in getting control of the salt mine financial benefits (and maybe for its culinary quality):

The United States is of the view that Russian President Vladimir Putin’s ally Yevgeny Prigozhin, who is the founder of Russia’s most powerful mercenary group, is interested in taking control of salt and gypsum from mines near the Ukrainian-held city of Bakhmut, a White House official said on Thursday.

There are indications that monetary motives are driving Russia’s and Prigozhin’s “obsession” with Bakhmut, the official added. Prigozhin is the owner of private Russian military company Wagner Group.

I think there is more to this than just trying to hang on to a profitable natural resource. Ukraine is not fighting a desperate battle and sacrificing thousands of its troops just to protect a lucrative spice. What do you think? 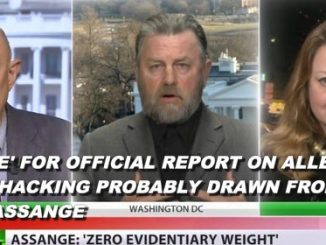 Are the Ukrainian Political Elite Starting to Eat Each Other?