In a recent interview on French television Prof. Jean-François Toussaint of the Université Paris-Descartes has said that hysteria over a “second wave” in France is based on the widespread misinterpretation of data. His main points are as follows:

Prof. Toussaint caps it all with this quote:

There is not, at this time, any scientific argument that attests to the usefulness of masks”

Before repeating (as we have said ourselves and which Dr Luis de Benito of Madrid stated last week) that we no longer talk about deaths, but instead talk about second waves and new cases, because the death figures have dropped to almost zero.

He is right about this, across Europe excess mortality is now either average or below average. The danger, if indeed there ever was much, has apparently passed.

Our thanks to the people who sent this video to us on social media, and YouTuber Ivor Cummins for uploading and translating it. 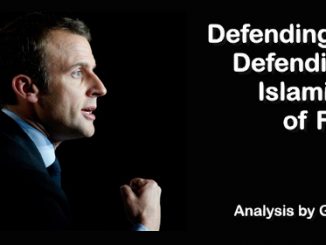 Is France Really an Ally of the United States?