The time that “Boshirov and Petrov” were allegedly in Salisbury carrying out the attack is all entirely within the period the Skripals were universally reported to have left their home with their mobile phones switched off.
.
A key hole in the British government’s account of the Salisbury poisonings has been plugged – the lack of any actual suspects. And it has been plugged in a way that appears broadly convincing – these two men do appear to have traveled to Salisbury at the right time to have been involved.
.
But what has not been established is the men’s identity and that they are agents of the Russian state, or just what they did in Salisbury. If they are Russian agents, they are remarkably amateur assassins. Meanwhile the new evidence throws the previously reported timelines into confusion – and demolishes the theories put out by “experts” as to why the Novichok dose was not fatal.
.
This BBC report gives a very useful timeline summary of events.
.
At 09.15 on Sunday 4 March the Skripals’ car was seen on CCTV driving through three different locations in Salisbury. Both Skripals had switched off their mobile phones and they remained off for over four hours, which has baffled geo-location.
.
There is no CCTV footage that indicates the Skripals returning to their home. It has therefore always been assumed that they last touched the door handle around 9am.
.
But the Metropolitan Police state that Boshirov and Petrov did not arrive in Salisbury until 11.48 on the day of the poisoning. That means that they could not have applied a nerve agent to the Skripals’ doorknob before noon at the earliest. But there has never been any indication that the Skripals returned to their home after noon on Sunday 4 March. If they did so, they and/or their car somehow avoided all CCTV cameras. Remember, they were caught by three CCTV cameras on leaving, and Borishov and Petrov were caught frequently on CCTV on arriving.
.
The Skripals were next seen on CCTV at 13.30, driving down Devizes road. After that their movements were clearly witnessed or recorded until their admission to hospital.So even if the Skripals made an “invisible” trip home before being seen on Devizes Road, that means the very latest they could have touched the doorknob is 13.15. The longest possible gap between the novichok being placed on the doorknob and the Skripals touching it would have been one hour and 15 minutes. Do you recall all those “experts” leaping in to tell us that the “ten times deadlier than VX” nerve agent was not fatal because it had degraded overnight on the doorknob? Well, that cannot be true. The time between application and contact was between a minute and (at most) just over an hour on this new timeline.
.
In general it is worth observing that the Skripals, and poor Dawn Sturgess and Charlie Rowley, all managed to achieve almost complete CCTV invisibility in their widespread movements around Salisbury at the key times, while in contrast “Petrov and Boshirov” managed to be frequently caught in high quality all the time during their brief visit.This is especially remarkable in the case of the Skripals’ location around noon on 4 March. The government can only maintain that they returned home at this time, as they insist they got the nerve agent from the doorknob. But why was their car so frequently caught on CCTV leaving, but not at all returning? It appears very much more probable that they came into contact with the nerve agent somewhere else, while they were out.“Boshirov and Petrov” plainly are of interest in this case. But only Theresa May stated they were Russian agents: the police did not, and stated that they expected those were not their real identities. We do not know who Boshirov and Petrov were. It appears very likely their appearance was to do with the Skripals on that day. But they may have been meeting them, outside the home. The evidence points to that, rather than doorknobs. Such a meeting might explain why the Skripals had turned off their mobile phones to attempt to avoid surveillance.

It is also telling the police have pressed no charges against them in the case of Dawn Sturgess, which would be manslaughter at least if the government version is true.

If “Boshirov and Petrov” are secret agents, their incompetence is astounding. They used public transport rather than a vehicle and left the clearest possible CCTV footprint. They failed in their assassination attempt. They left traces of novichok everywhere and could well have poisoned themselves, and left the “murder weapon” lying around to be found. Their timings in Salisbury were extremely tight – and British Sunday rail service-dependent.

There are other possibilities of who “Boshirov and Petrov” really are, of which Ukrainian is the obvious one. One thing I discovered when British Ambassador to Uzbekistan was that there had been a large Ukrainian ethnic group of scientists working at the Soviet chemical weapon testing facility there at Nukus. There are many other possibilities.

Yesterday’s revelations certainly add to the amount we know about the Skripal event. But they raise as many new questions as they give answers. 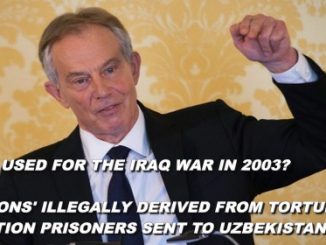 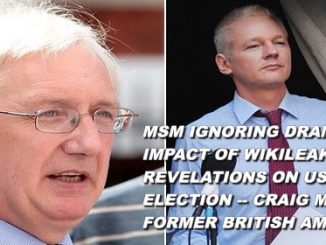 Lies, the Bethlehem Doctrine, and the Illegal Murder of Soleimani