Sanctions War: ‘Tough Game Where All Players Seek to Hurt Each Other’

Even as the US imposes a fresh round of sanctions against Russia, it appears that some European nations like Italy, may have their own ideas about what kind of relationship they should pursue with Moscow. 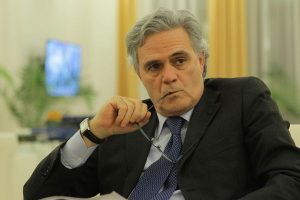 Earlier, Italy’s ambassador to Moscow, Cesare Maria Ragaglini (pictured), described Crimea’s reunification with Russia as a “vote for independence” and criticized EU aid to Ukraine. “It is impossible to even think about Ukraine becoming a NATO member. If we solve this problem, we will solve everything else,” the ambassador said, adding that the prospects of Ukraine’s NATO membership and the attempts to drive Kiev away from Russia’s historical influence have become the key problems in the current crisis.

“It’s clear that NATO is seeking to provoke Moscow by trying to force Ukraine to renounce its historical and cultural ties with Russia. I believe that first NATO and then the EU accelerated Ukraine integration into the Western sphere of influence, thus evoking Putin’s quite understandable irritation,” Lazzeri said.

He also remarked that, upon closer examination, the Minsk agreements turn out to be nothing more than another failure of European diplomacy which reflects only the opinion of powerful players like Germany and France rather than all of the EU member-states.

“The results of the sanctions imposed against Moscow are plain to see. Italy in particular was hit in some strategic export sectors such as agriculture, but also in the technology sphere. Meanwhile, Germany intends to continue participating in the construction of the Nord Stream natural gas pipeline even despite the sanctions,” Lazzeri said, adding that this whole situation resembles “a tough game where all players seek to hurt each other” and which obviously cannot end well.

He added that, due to the long-standing partnership between Moscow and Rome, Italy could play a key role in mending relations between Russia and the West, pointing out that some EU countries may have their own opinion about the sanctions and thus should be allowed to restore dialogue with Moscow.

“And if the US continues to follow Trump Policy 2.0 – the president, who constantly changes his stance on all important issues – then Europe should be able to improve relations with Russia on its own,” Lazzeri explained.

Last week US President Donald Trump signed into law a new batch of sanctions against Russia, Iran and North Korea. In particular, the law stipulates sanctions against Russia’s defense, intelligence, mining, shipping and railway industries, and restricts dealings with Russian banks and energy companies. The sanctions were criticized by several EU countries for going against their economic interests. 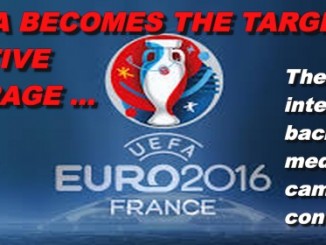