ER Editor: We also recommend this impressive piece by George Galloway on why he’s voting for Farage’s Brexit Party titled Why I’m voting Brexit in the European elections – George Galloway.

Nigel Farage talks “new world order” with Alex Jones. ©  YouTube/Believe In Brexit Britain – Screenshot
.
Anti-Semites do favor conspiracies about shadowy international networks of influence, but that doesn’t mean that anyone who raises concerns about “globalism” or the emergence of a “new world order” should be labeled a neo-Nazi.
.

The accusation was aired against Nigel Farage in a two-part hitpiece by the Guardian, a fortnight before an EU parliamentary election in which his Brexit party is now predicted to become the biggest faction representing the UK. The British newspaper rummaged through a decade of the former UKIP leader’s interviews with Infowars host Alex Jones, and then invited activists and political adversaries to condemn him.

“It is vital that our politicians distance themselves from conspiracy theories and conspiracy theorists, including those who trade in anti-Semitic tropes. We would call on Nigel Farage to repudiate these ideas,” said the Board of Deputies of British Jews.

So, what are these vile views that Farage is promulgating?

On the left: “They also want to abolish the nation state – they want to get rid of it. They want to replace it with the globalist project, and the European Union is the prototype for the new world order.”

On the coalition of international corporations and neoliberal governments: “It all fits together, doesn’t it? Hand in glove – the big businesses, the bureaucrats, they have the sole right to make laws. It all fits together. They’re all very happy with the world they’re creating.”

This is the most outrageous content the Guardian could dig up over six separate lengthy appearances.

One may disagree with Farage on the extent and benefits of internationalization, but surely even the most ardent Europhiles, CEOs of multinationals, and those who believe that the climate can only be saved by cross-border agreements, will admit that their practices and intentions have great implications for the future of the nation state and the people living inside one.

In fact, the issue of whether it is best to protect citizens living inside your own country, or whether each state should be integrated further into global processes for the benefit of all is likely to be the pre-eminent political divide of the coming decades, as much as the traditional left-right cleavage. In many Western countries – from the US to Italy – it already is. Others, like China and Russia, are naturally wary of giving away their sovereignty.

Closing off this debate and drawing a false equivalence between Farage rejecting the vision of Brussels bureaucrats and a Swastika-tattooed skinhead claiming “the Jews control everything” is a straightforward smear. Whatever the Infowars audience thinks or doesn’t, Farage should place the onus on his accusers to prove his anti-Semitism, because there is literally not a word here about Jews. That they have allowed themselves to be used as trump cards in a political stunt also does nothing for the credibility of the cited community organizations in fighting actual prejudice.

More broadly, the Guardian article is a continuation of the same tactic that has successfully managed to caricature opponents of mass illegal migration as “racists” – just one of an array of insults that allows the marginalization of those who disagree with establishment dogmas.

The incident is also a lamentable vindication for those who insisted that the social media unpersoning of Alex Jones – odious and fantastical as many of his theories are – would allow many more mainstream voices to be declared guilty by association, and would narrow the window of vital debates.

One hopes that it is too late and globalization is too divisive to be turned into another sacred cow, whose fundamental benefits must not be questioned. But those who resist it, or at least want a more nuanced discussion, must make sure that they are not, once again, forced into the role of villains in the political battle that is to come. 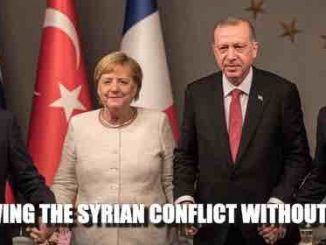 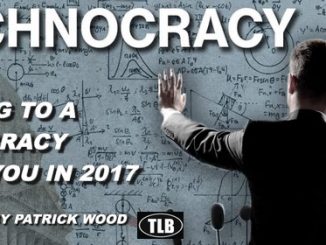 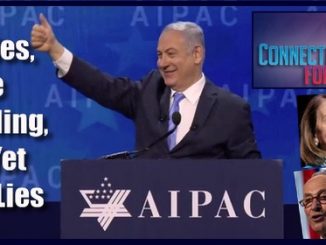