ER Editor: Readers may be interested in the following information re. pharma heads Albert Bourla of Pfizer and Stephane Bancel of Moderna. We can’t verify these claims, but here goes:

The rats are trying to flee the ship but, there is nowhere either on or off-world for them to go. For example, Pfizer head Albert Bourla refused to testify before the European parliament because, as Mossad sources explain “he is hiding out in Paraguay.”

Pfizer Appears to Have Corrupted the Entire Western World

Europe awakens from a nightmare to the ground truth 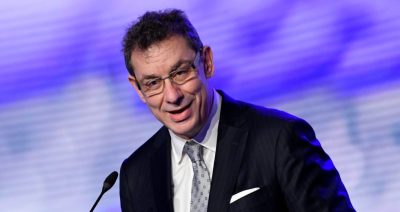 Christine Anderson: A member of the European Parliament. She represents the Alternative for Germany (AfD), which is labelled as a “populist political party” in Germany. AfD is known for its opposition to the European Union, as well as the open border/immigration to Germany policies which the EU mandates. As she does not believe in open borders, Christine Anderson is labelled with such terms as “far-right,” and “anti-Islamic.” Near as I can tell, these are just more propaganda talking points by Wiki and their ilk. 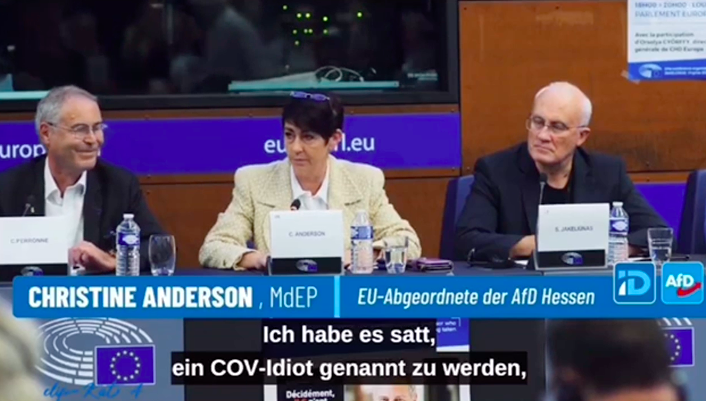 The short clip above is important because Christine Anderson is getting at an important point, which must be researched. There is evidence that Pfizer and Pfizer’s CEO Albert Bourla have corrupted government leaders worldwide. That this corruption is deep and wide.

The people have been lied to. It was a gigantic lie. And on this lie, everything that governments, especially in the Western democracies did to infringe on people’s rights, to take away their freedom, to lock them in their homes, imposing curfews, all of this was based on that gigantic lie.

Ursula von der Leyen, EU Commission president is now under a lot of pressure, and rightly so. The people have a right to know what went on in these contracts with her exchange of SMS with CEO Pfizer, Bourla. The people need to know who they can hold responsible and accountable for whatever may have gone on behind the scenes. Things are changing now, their house of cards is tumbling down, and it is doing so rightfully.

And you know what? One more thing though, I am sick and tired of being called a COV-idiot. And I’d much rather be a COV-idiot than being a GOV-idiot, because that’s what all these people that blindly trusted their governments turned out to be. And I will say it again, it was never, never, ever about public health, it was never about breaking any waves, it was always about breaking people. But, and that’s the good news, they failed. It didn’t work. And that I am very proud of, and I’m proud of the people that I am so honored to be allowed to represent. And I will continue to do just that. Thank you very much.

Leyen had been secretly communicating with the CEO of Pfizer about the purchase of COVID-19 vaccines via text messages. In early 2022, a journalist requested copies of these texts and the European commission rejected the request. This has opened the door for widespread speculation of malfeasance and corruption.

European Commission president Ursula von der Leyen said in July that she is no longer in possession of text messages. The EU’s ombusman has determined that this is malfeasance.

The EU is elitist, aloof and distant from the citizens. With its tentacles, it takes a stranglehold on the sovereignty of the European nations and dictates to the citizens in every detail how they have to behave.

I want an honest and free Europe of free people and not a construct of political elites. I consider putting a stop to these false elites here in Brussels and Strasbourg to be the most urgent task in my political work.

Featured image of Bourla is from Health Thoroughfare

EU to Pay Ukraine’s Budget Because It’s Told To