For The Saker blog
.

The formerly respected global authority on whether or not a chemical weapons attack has occurred, the Organization for the Prohibition of Chemical Weapons, or OPCW, has now so continuously ignored its own hired expert investigators that in an April 28th news report  at “The Gray Zone” investigative news site, anonymous “OPCW Insiders” have issued a public statement saying that:

A number of impartial and principled professionals no longer wish to be associated with the politically motivated reports being issued by the OPCW FFM  [Fact-Finding Mission] and now the IIT [Investigation and Identification Team]. Many consider this work and these reports to be procedurally and scientifically flawed. Some of us believe they should not be seen as representing the work of OPCW inspectors at all.

The recent publication of the IIT report into alleged chemical attacks at Ltamenah [in Syria — a country whose non-sectarian Government the U.S. regime has been trying since 2009 to overthrow and replace by a fundamentalist-Sunni government that would be controlled by the Sauds] on March 24, 25 and 30 2017, has highlighted again the misuse of the OPCW by influential state parties to further their political and foreign affairs objectives.

The news reports that are listed below provide the essential background to this, indicating that the “influential state parties” that are being referred to are the U.S. and its allied regimes (such as UK).

In that case, of course, no national delegations to the United Nations, except ones that represent regimes which themselves likewise front for (are vassals of) the U.S. regime, will continue to cite OPCW ‘findings’ in any other way than to deny the credibility of OPCW reports.

The background on all of this, including an explanation of what the main objectives of the U.S. regime are in Syria — what the purposes of this OPCW propaganda against Syria’s Government are — is provided here.

And, now, following, are the news reports that describe the events building up to the “OPCW Insiders” statement, that “Some of us believe they should not be seen as representing the work of OPCW inspectors at all” (these events will be listed starting with the latest, and working backwards in time, to the earliest):

“The Red Line and the Rat Line: Seymour M. Hersh on Obama, Erdoğan and the Syrian rebels” 17 April 2014

“Possible Implications of Faulty US Technical Intelligence in the Damascus Nerve Agent Attack of August 21, 2013” 14 January 2014 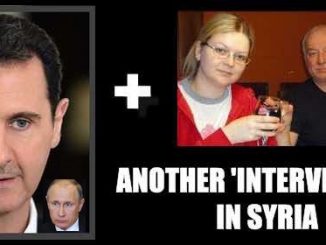 Skripal and Syria?… The NATO Imperative of Criminalizing Russia 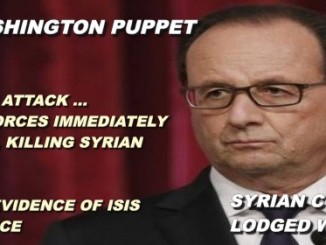 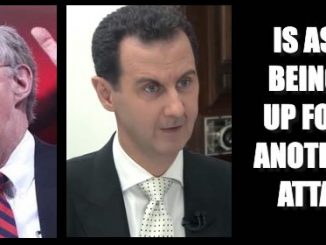