ER Editor: It doesn’t look like Netanyahu in the video below in our opinion. Actor in a mask? CGI? This sounds to us like a clear message is being sent to the unawake.

This also sounds a lot like Angela Merkel admitting some uncomfortable truths about the Minsk accords and Ukraine recently that don’t stand to benefit her reputation.

“The reason I was able to do that is because we have a medical database,” he said, adding that nearly all Israelis’ medical records have been digitized. People have an ID card that can be read in all Israeli hospitals. This ID card contains all medical data of a patient for the past 20 years.

Israel Ministry of Health denied it. Pfizer denied it. But finally here we have official confirmation from Prime Minister that as part of the deal, Israel was turned into Pfizer’s lab.pic.twitter.com/PPlrCNpukR

Netanyahu told Bourla that he would use this database to tell him what the vaccines do to people with, say, meningitis or high blood pressure. “So Israel became a laboratory for Pfizer,” he said.

The former prime minister, who has just formed a new government, went on to say that he wants to add a genetic database to the medical database. He wants to take a saliva sample from everyone. “I’m sure most would. Maybe we’ll pay for it.”

Next, Netanyahu wants to give pharmaceutical companies access to this database. What could go wrong?

“So he let Pfizer experiment on his own people. He seems very pleased with himself. He wanted to see what happens to people who have an underlying disease,” said British television presenter Gillian McKeith.

In 2021, Bourla called Israel the “laboratory of the world” in an interview with NBC. 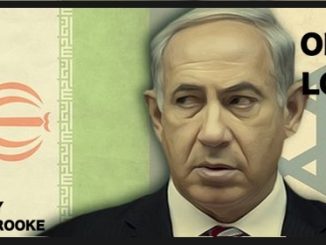 On the Holocaust Memorial Day, go to Gaza and cry ‘never again’