ER Editor: We are not familiar with the site that is the source of this story, The Irrawaddy. Looking at the topics on its site, as well as its coverage of this story, we would say it smacks of MSM. There are a couple of strong indications below that it is most likely a supporter of Soros. However, it has at least managed to put out this story.

To our knowledge, the military coup in Myanmar is in response to what is believed to be yet another stolen election as per what went down in the USA last November, involving flipping the result through machine ‘tallying’. We include this observation issued on Telegram from Italian journalist, Cesare Sacchetti: 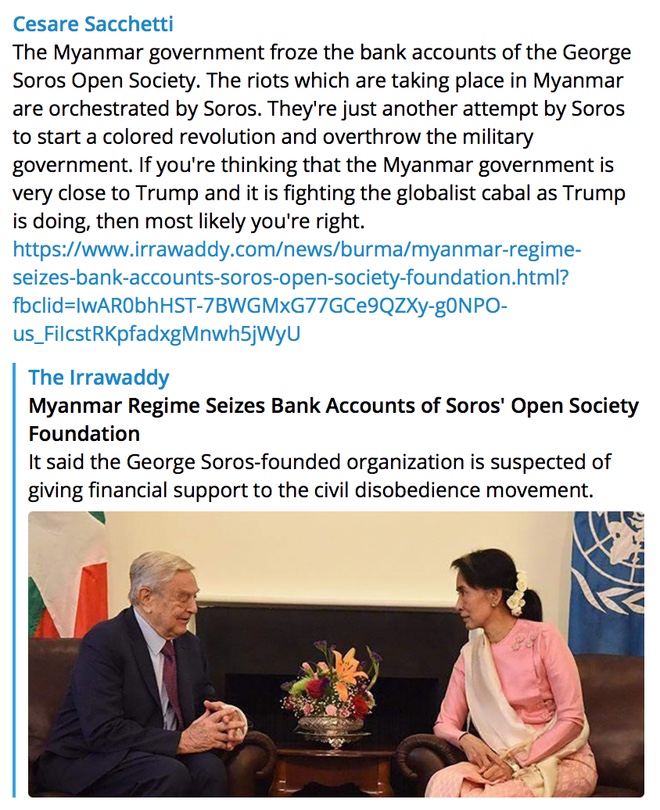 The military regime has seized control of the bank accounts of billionaire George Soros’ Open Society Foundation (OSF) in Myanmar and announced that it will take legal action against the foundation, which is accused of violating restrictions on the activities of such organizations.

On Monday, military-controlled MRTV announced that the military had issued arrest warrants for 11 staff members of OSF Myanmar, including its head and deputy head, on suspicion of giving financial support to the civil disobedience movement against the military junta.

The regime also claimed that the world’s largest private funder for justice, democratic governance and human rights (ER: no mention of his funding regime-change coups …) had failed to obtain approval from the Central Bank of Myanmar (CBM)’s Foreign Exchange Management Department for a deposit of US$5 million (7.04 billion kyats) with the Small and Medium Enterprise Development Bank (SMED) in Myanmar in 2018.

The foundation is also accused of illegally withdrawing $1.4 million from its account at SMED a week after the military takeover in Myanmar, as the civil disobedience movement was gaining momentum among civil servants across the country.

The military said it had begun taking control of all illegal flows of money to OSF Myanmar, saying the foundation had breached the law that lays downs the rules and regulations for organizations in the country.

It said it would take legal action against SMED for allowing OSF to deposit $5 million and withdraw $1.4 million without obtaining approval from the CBM.

Military-aligned groups including the Union Solidarity and Development Party have accused Soros of manipulating Myanmar’s politics by supporting civil society organizations in the country. In 2017, lawmaker U Soe Thane, who served as President’s Office minister under U Thein Sein’s administration, objected to a ministerial appointment by the NLD government on grounds that the appointed minister had failed to disclose his previous work for the George Soros Foundation. He said that making the official a national security adviser could hurt Myanmar’s relations with China.

OSF has been supporting Myanmar’s democratic transition and promoting human rights, including those of marginalized groups, since 1994. The foundation said it had awarded more than 100 grants each year, mostly to grassroots civil society organizations including exile, ethnic media and educational organizations. (ER: squeaky clean …)

Following the coup, the military regime launched an investigation into the finances of the Daw Khin Kyi Foundation, a charity founded by Daw Aung San Suu Kyi. The move is believed to be a pretext to file more charges against the country’s de facto leader. 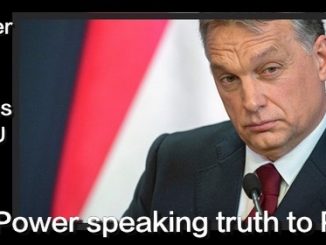