“How Macron Is Doing It”. We remind readers of a piece we published this week, written by a French doctor for the site Profession-Gendarme, titled Covid-19: Scamming, Manipulation of Numbers – Double Strategy of Nasal Sampling and Nasal Test. By now, most of us have heard about how important it is that the useless PCR test – given to anybody and everybody in every medical setting these days – not be put through too many cycles as a way to obtain a valid (whatever that may be) result. Of note from this article:

Then, the RT-PCR test is used, which multiplies the smallest viruses or fragments of inactivated viral RNA a very large number of times to detect them:

The higher the cycle threshold (cycle threshold = CT), the lower the viral load. As explained by Prof. Jean-François Toussaint on September 8, 2020 on LCI TV, beyond 24 cycles, people who test positive are practically not contagious. The international community has set a cycle threshold of 30 duplications, beyond which the test must be considered negative.

In France, the situation is different, as part of a national mass screening strategy. RT-PCR is the reference technique, its very high sensitivity allows the detection of very small amounts of viral RNA in samples, without differentiating between RNA fragments and live viruses. In addition, the recommended CT duplication cycle threshold has been increased to around 37. It varies according to the methods applied, which prevents comparisons, and is not indicated in the interpretations given to physicians (Opinion of September 25, 2020 of the French Society of Microbiology). Each time the health authorities add a duplication cycle to the protocol, the number of positive tests and errors doubles. Today, between 35 and 40 duplication cycles would be applied, which multiplies the number of positive results and errors by 100 or 1,000. The results are close to a lottery draw, the errors would be around 30%, and more than 95% of those who test positive would not be contagious at all and would not require any special precautions.

We are issuing an MSM-warning for RT’s virus coverage. Surprisingly, it has bought into most of the fear narrative and medical lies being perpetrated, such as the ‘second wave’ myth, which has been denied by the WHO. RT are not wrong, however, in stating that declaring a state of emergency confers more powers on the state.

We also recommend this recent RT piece on French mothers-to-be having to wear masks while giving birth. Such is the stupidity of some hospital workers … ‘Traumatic’: French women forced to wear MASKS during CHILDBIRTH, campaign group calls for hospitals to ditch rule.

France’s government has declared a public health state of emergency over the growing number of Covid-19 cases as the country sees a second-wave surge of the virus (ER: not true!). A curfew will also be imposed on several cities, including Paris.

In a statement on Wednesday, the government said that the coronavirus epidemic needed to be strictly counteracted, due to its growing scale putting the health of the population at risk.

The statement did not list any specific measures the government intends to implement, but the mere adoption of the state of emergency gives a broad range of statutory powers to the executive.

In a televised interview later on Wednesday, President Emmanuel Macron described the situation as “worrying” and revealed plans to impose a 9pm-to-6am curfew on residents of several French cities, including Paris, Lille, Grenoble and Lyon. The nightly restriction starts on Saturday and will last four weeks, he added.

Anyone out during the curfew will need to have a good reason for being out, Macron said, and breaches could result in fines of up to €1,500.

The president ruled out a national lockdown, saying it would be disproportionate.

France is one of the European countries worst hit by the Covid-19 pandemic. It has registered more than 700,000 confirmed cases of the novel coronavirus and over 33,000 deaths. Since August, the epidemic has been on the rise again in the country.

On Wednesday, French health officials reported that the number of people receiving hospital treatment for Covid-19 had surpassed 9,100 for the first time since late June, while a further 22,951 confirmed cases were reported for the previous 24-hour period. 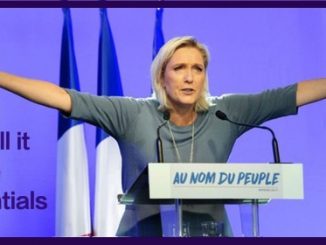 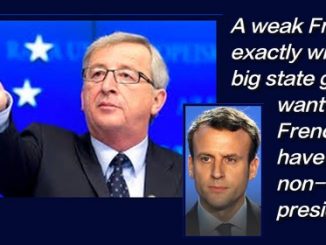