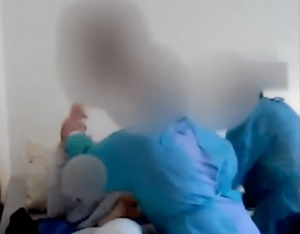 A frightening video of a lawyer interviewing an anonymous whistleblower tells stories of horror at a Berlin nursing home for dementia patients.

Dr. Reiner Fuellmich is one of the most important voices for truth about COVID-19 and so-called vaccines in the world. He is an attorney admitted to the Bar of Germany and the State Bar of California. His organization helps business owners in Germany recover damages resulting from COVID-19 lockdowns and other measures. Dr. Fuellmich is also one of four members of the German Corona Investigative Committee. The committee, after nine months of investigation, has already concluded that COVID-19 and experimental shots are “probably the greatest crime against humanity ever committed.”

Dr. Fuellmich and associate attorney Viviana Fischer conducted an interview with a Berlin nursing home caregiver on February 8. The whistleblower’s voice is distorted and his face hidden to protect his identity. The 40-minute video is conducted in German, with English subtitles. The whistleblower talks about how seven residents died almost immediately after the first Pfizer mRNA shot in January. Several more got sick. Despite the deaths and adverse affects, the surviving residents were given the second shot a few weeks later. One more resident died and 11 more became severely ill.

Everyone must watch the full video. But the 3:46 mark is where the disturbing images commence. The whistleblower said outside teams of four people, including German soldiers, administered the shots. He described the horror and fear on the residents’ faces because of the military presence. You can also clearly see their anxiety in the footage. Further, all of them have dementia. They cannot consent to getting experimental mRNA shots. 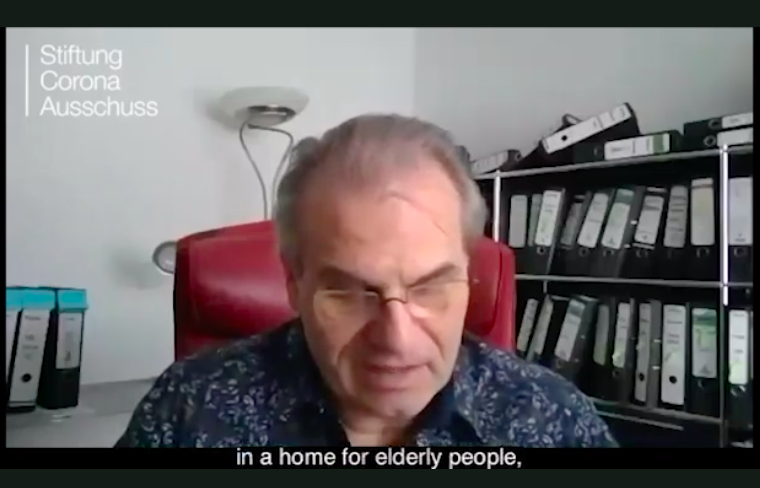 Many residents were old enough to remember World War II. The 6:59 mark shows how residents were fearful of doctors they did not recognize. One resident was an opera singer and in good physical health before the shots. He had convulsions within 30 minutes after the first shot. Medics rushed him to a nearby hospital. But doctors refused to take into consideration that he just received the Pfizer shot. Instead they determined his symptoms were caused by COVID-19. The resident is now dying despite jogging and being physically active before the shots. Another 11 residents are now in grave condition after the second shot, according to the whistleblower.

The lawyers filed a complaint with local law enforcement and prosecutors. There is no further update on the matter.

Some family member of the German residents are blaming themselves for the deaths of their loved ones. They signed off on the shots, thus essentially signing their loved ones’ death warrants. These incidents are likely happening more than is being reported in Germany. We wrote in January how 10 Germans over age 79 died within four days of the Pfizer mRNA shot. If you love your parents and grandparents, don’t let them be injected with experimental shots.