Despite the almost unprecedented divisive nature of Donald J. Trump’s presidency, he is chalking up some impressive foreign policy victories, including finally bringing Beijing to task over its decades long unfair trade practices, stealing of intellectual property rights, and rampant mercantilism that has given its state-run companies unfair trade advantages and as a result seen Western funds transform China to an emerging world power alongside the U.S.

Now, it looks as if Trump’s recent tirade against America’s European allies over its geopolitically troubling reliance on Russian gas supply may also be bearing fruit. On Tuesday, The Wall Street Journal reported that earlier this month German Chancellor Angela Merkel offered government support to efforts to open up Germany to U.S. gas, in what the report called “a key concession to President Trump as he tries to loosen Russia’s grip on Europe’s largest energy market.”

Over breakfast earlier this month, Merkel told a small group of German lawmakers that the government had made a decision to co-finance the construction of a $576 million liquefied natural gas (LNG) terminal in northern Germany, people familiar with the development said.

The project had been postponed for at least a decade due to lack of government support, according to reports, but is now being thrust to the center of European-U.S. geopolitics. Though media outlets will mostly spin the development, this is nonetheless a geopolitical and diplomatic win for Trump who lambasted Germany in June over its Nordstream 2 pipeline deal with Russia.

In a televised meeting with reporters and NATO Secretary-General Jens Stoltenberg before a NATO summit in Brussels, Trump said at the time it was “very inappropriate” that the U.S. was paying for European defense against Russia while Germany, the biggest European economy, was supporting gas deals with Moscow.

Both the tone and openness of Trumps’ remarks brought scathing rebukes both at home and among EU allies, including most media outlets. However, at the end of the day, it appears that the president made a fair assessment of the situation. Russia, for its part, vehemently denies any nefarious motives over its gas supply contacts with its European customers, though Moscow’s actions in the past dictate otherwise.

Moscow also claims that the Nordstream 2 gas pipeline is a purely commercial venture. The $11 billion gas pipeline will stretch some 759 miles (1,222 km), running on the bed of the Baltic Sea from Russian gas fields to Germany, bypassing existing land routes over Ukraine, Poland and Belarus. It would double the existing Nord Stream pipeline’s current annual capacity of 55 bcm and is expected to become operational by the end of next year.

Russia, who stands the most to lose not only in terms of regional hegemony but economically as well if Germany pushes through with plans to now build as many as three LNG terminals, always points out that Russian pipeline gas is cheaper and will remain cheaper for decades compared to U.S. LNG imports.

While that assessment is correct, what Moscow is missing, or at least not admitting, is a necessary German acquiescence to Washington. Not only does the EU’s largest economy need to stay out of Trump’s anti-trade cross hairs, it still needs American leadership in both NATO and in Europe as well.

Without U.S. leadership in Europe, a vacuum would open that Moscow would try to fill, most likely by more gas supply agreements. However, Russia’s gas monopoly in both Germany and in Europe will largely remain intact for several reasons.

First, Russian energy giant Gazprom, which has control over Russia’s network of pipelines to Europe, supplies close to 40 percent of Europe’s gas needs.

Second, Russia’s gas exports to Europe rose 8.1 percent last year to a record level of 193.9 bcm, even amid concerns over Russia’s cyber espionage allegations, and its activities in Syria, the Ukraine and other places.

Moreover, Russian gas is indeed as cheap as the country claims and will remain that way for decades. Using a Henry Hub gas price of $2.85/MMBtu as a base, Gazprom recently estimated that adding processing and transportation costs, the price of U.S.-sourced LNG in Europe would reach $6/MMBtu or higher – a steep markup.

Henry Hub gas prices are currently trading at $3.151/MMBtu. Over the last 52-week period U.S. gas has traded between $2.64/MMBtu and $3.82/MMBtu. Russian gas sells for around $5/MMBtu in European markets and could even trade at lower prices in the future as Gazprom removes the commodity’s oil price indexation. 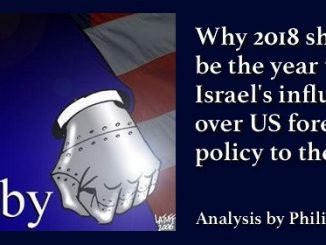 Let’s Put an End to the Israeli Tie-That-Binds