ER Editor: We’re publishing a full picture of the children’s cartoon character John Dillermand here for the sake of informing and for showing how perfectly ridiculous, as well as sinister, such a biologically deformed character is. Photo credit: DR TV. The photo can be found at vulture.com with thanks. 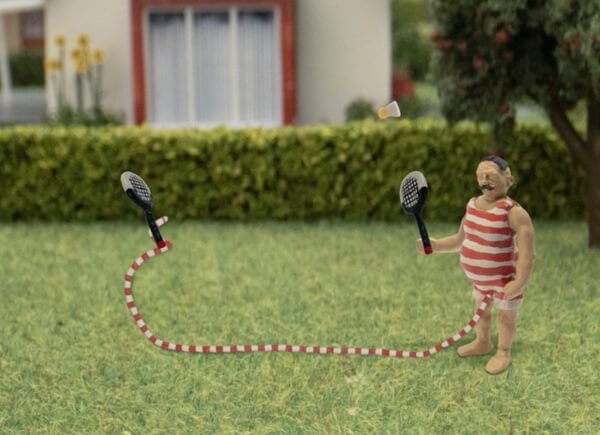 As the LGBT movement achieves cultural dominance, they have long abandoned the fiction that promotion of their worldview constitutes “adult” material. The Cartoon Network is now providing helpful educational comics for kids on new pronouns and an assortment of genders. Clifford the Big Red Dog is being relaunched with lesbian characters. Arthur’s teacher, Mr. Ratburn, got gay-married. Now that it is culturally safe to do so, Disney rolls out LGBT characters regularly. I’ve referred to this phenomenon elsewhere as the colonization of childhood.

None of that, however, compares to what the Danes have just rolled out. Socialists are fond of slavering over whatever the Scandinavians are up to lately, but perhaps their latest children’s show — a new animated cartoon series presented by the DR, the Danish version of the BBC — goes too far. The show, which is targeted at children ages four to eight, features a man named John Dillermand, who has a unique problem: an enormous penis of tremendous abilities. Dillermand’s member, which breaks all world records, can be used to paint murals, perform tasks, and rob children of their ice cream.

It’s hard to understand how anyone thought this was a good idea. I, for one, would like to watch a reality show based on the behind-the-scenes work that went into the show. What did the pitch meeting look like? Did nobody wonder whether putting a man with a penis capable of stealing from children into a children’s show might be an issue? Why would someone put a penis into a children’s show to begin with? What ideas got left on the cutting room floor if this pedophile’s dream made it through?

Unsurprisingly, the mainstream media appear incapable of simply coming out and stating that this is disgusting and reprehensible.

Instead, according to The Guardian, a gender researcher at Roskilde University was concerned that the show is “perpetuating the standard idea of a patriarchal society and normalising ‘locker room culture’ … that’s been used to excuse a lot of bad behaviour from men. It’s meant to be funny – so it’s seen as harmless. But it’s not. And we’re teaching this to our kids.”

I have no idea what all of that post-modern drivel means, but none of it says “it is grooming to make a show about a man with a huge penis for kids,” so maybe The Guardian can find someone who can state the obvious next time.

Of course, The Guardian also found some idiot to defend this stuff. Erla Heinesen Højsted, a clinical psychologist who apparently works with children, had this to say:

“John Dillermand talks to children and shares their way of thinking – and kids do find genitals funny. The show depicts a man who is impulsive and not always in control, who makes mistakes – like kids do, but crucially, Dillermand always makes it right. He takes responsibility for his actions. When a woman in the show tells him that he should keep his penis in his pants, for instance, he listens. Which is nice. He is accountable.”

The TV broadcaster DR refused to apologize, noting that they could also have developed a children’s show about a woman with no control over her genitals, apparently assuming that this is a defense. In the meantime, the sexualization of childhood continues and those who condemn it are told to calm down and get over it. Nothing, it seems, is beyond the pale anymore — not even a children’s show about a man with a huge penis that he enjoys exposing around kids. The creators of this entertainment are deeply disturbed people, and those who defend it should not be allowed anywhere near children.