Britain in the grip of the Zionist lobby: Living in an Orwellian dystopia

It is puzzling to witness the speed and ferocity with which Britain is deteriorating into an Orwellian nightmare.

The Evening Standard reported last month that “a London council worker has been suspended after being caught claiming Zionists ‘collaborated’ with the Nazis”. 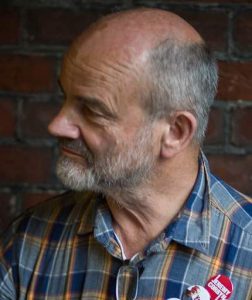 Stan Keable (pictured) was removed from his duties as an environmental enforcement officer for Hammersmith and Fulham Council after saying, “The Nazis were anti-Semitic. The problem I’ve got is the Zionist government at the time collaborated with them. They accepted the ideas that Jews are not acceptable here.”

Keable made the comments, shared in a posting on Twitter, at a pro-Corbyn demonstration outside the Parliament. I guess that in the Britain of 2018 you can lose your job simply for expressing an opinion.

It seems that some British Jews are disturbed by parts of their history. They try to suppress any speech about the Haavara Agreement. Former London Mayor Ken Livingstone was suspended from the Labour Party for mentioning that collaboration between Hitler and Zionism. And, disturbingly, in the Labour Party’s discussion of Livingstone’s case the party general secretary, Iain McNicol, “made it clear in a letter to the former mayor that the case against him was not about the historical facts, but whether his conduct was ‘grossly detrimental’ to the party…”

The Transfer (Haavara) Agreement between the Nazi regime and the Palestine Zionist leadership is an accepted historical fact. In his superb book, Final Solution, the British Jewish historian David Cesarani examines the agreement and quotes German Zionist voices that approved of the Nazi regime and even welcomed the Nuremberg Racial Laws because they pushed for segregation. But evidentiary truth is not a defence in the Britain of 2018. I guess this disregard for truth is just another symptom of our removal from the Athenian ethos.

Conservative MP for Chelsea and Fulham Greg Hands said: “I am shocked someone expressing hateful opinions could have a job meeting vulnerable tenants. The council leader should launch an inquiry into whether there are others of his ilk in the council.”

I can’t see a drop of hatefulness in Keable’s comment. But I would like to advise the Conservative MP and other ignorant Tories that while the Haavara Agreement was signed as an attempt to save German Jews, the Conservative government here in Britain did little for German Jews and other Jewish refugees. 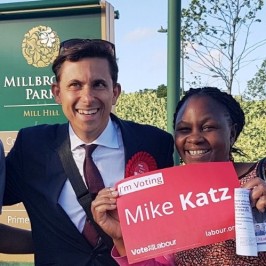 Mike Katz (pictured), of the Jewish Labour Movement, said: “To try to twist the history of the Nazis to fit an anti-Zionist narrative is offensive.” It may be offensive but the Haavara Agreement and the collaboration between Zionist organisations and Nazi officials from 1933 till the end of the war are part of Jewish history, and political terrorism will not wipe out that history.

When contacted by the Evening Standard, Stan Keable said: “I am sorry for any offence I may have caused. But the Nazi regime and the Zionist Federation of Germany collaborated, through the Haavara Agreement, in the emigration of some 60,000 Jews to Palestine between 1933 and 1939.” He said he did not insinuate that Jews collaborated with the Nazis.

ER recommends other articles by Redress Information and Analysis

Image source for Stan Keable, with thanks

Image of Mike Katz from his blog, with thanks 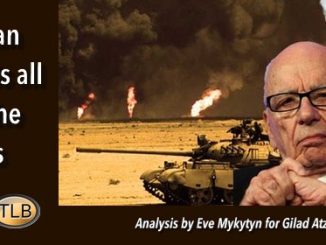 2 Comments on Britain gripped by the Zionist lobby: Living in an Orwellian dystopia