In support of Lance Welton’s thesis below, that the coronavirus seems particularly aimed at Chinese people or, at least, that they seem to be the main victims of it – just like SARS, we link to an Al Jazeera report of 8 hours ago titled China coronavirus outbreak: All the latest updates – Global death toll reaches 427 with two reported dead outside mainland China as the number of infections passes 20,500. Simply from the title itself, we can see that by far and away the largest % of deaths are among Chinese in China. One of the 2 dead ‘outside of China’, the second death in fact, is from Hong Kong, as reported in the first two paragraphs, meaning this person is racially, genetically Chinese. (A note to Al Jazeera: Hong Kong has been ‘inside’ of China politically since 1997. Further, it is not an island and is part of the mainland, although it contains several islands.)

This CNN story, linked to here (from Feb.3), reports on the first death due to the coronavirus of a Chinese man in the Philippines.

Why are we not being told this? Why, as per usual, are we being made to fear? Welton attempts to answer this below.

Credit to Paul Craig Roberts, who has alerted his readers to a Youtube video testifying to the fact that viruses can be targeted at populations with a certain racial/genetic profile. These racial profiles, or ‘genetic markers’, can easily be identified, thus enabling the production of bioweapons targeting certain people. Says Roberts, ‘For those who doubt that bioweapons can be targeted to specific races or ethnicities, here is a documentary describing how it is done’. We’re posting it below (starting at 41 mins, 20 seconds):

Do You Know All Coronavirus Victims Appear To Be Chinese? Thought Not!

At the time of writing, 170 people have died of the Wuhan Coronavirus [Coronavirus Live Updates: Death Toll Rises, as Foreigners are Evacuated, New York Times, January 30, 2020], though that number is bound to have increased by the time this article is published.

All of these deaths have been in China.

The disease has spread to at least 16 other countries, including Canada, the USA, France, Germany, Finland, Australia, India, Sri Lanka, the United Arab Emirates, and a number of East Asian countries [This is where Wuhan coronavirus cases have been confirmed worldwide, by Eric Cheung, CNN, January 30, 2020]. The Main Stream Media, in Western countries, is stoking panic with rolling news coverage on the spread of the possibly Apocalyptic new plague [Corona Virus Outbreak, by Matthew Weaver et al., The Guardian, January 30, 2020]. But what nobody is openly reporting: the race of the victims. They appear to be all Asians—specifically, the yellow race formerly known (accurately but now Politically Incorrectly) as “Oriental.”

Thus two Coronavirus cases were just confirmed in the U.K. [Coronavirus: UK patient is University of York student, BBC.com, February 1, 2020], But if you read the article, both turn out to be “Chinese nationals.” Similarly a recent headline of The Helsinki Times read “First case of Wuhan Corona virus confirmed in Finland,” [January 29, 2020]. But it turns out to be a Chinese tourist in Lapland, not a Finn.

In fact, as far as I can tell, all of the confirmed cases have been of Chinese people. According to Sri Lankan radio, the case in Sri Lanka was a “Chinese tourist” [Sri Lanka suspends visa on arrival for Chinese travellers after confirmed case of Corona virus, News On Air, January 28, 2020]. So are the cases in France and the one in the United Arab Emirates [Coronavirus is spreading as FIVE people in France are now confirmed to have the illness and Chinese traveller from Wuhan is quarantined in Finland, by Sam Blanchard, Mail Online, January 29, 2020].

If it is true that only East Asians are dying of, or even catching, Corona, that would be consistent with long-established race differences in the susceptibility to such viruses. This has been explored in a fascinating study, by a group of Chinese researchers led by C. L. Chen of Soochow University, entitled: Ethnic differences in susceptibilities to A(H1N1) flu [African Journal of Biotechnology, 2009].

The authors begin by noting that, from an evolutionary perspective, there is every reason to expect there to be ethnic or race differences in the susceptibility to different pathogens. Races—or, as they call them, “ethnic groups”—are breeding populations, long-separated, usually by geography, who are, therefore, genetic clusters adapted to different ecologies. Because they were exposed to different pathogens in prehistory, there are very likely to be race differences in susceptibility to the pathogens and in how well the immune system can fight them.

Many infectious diseases jumped the species barrier from animals to humans due to our close contact with animals while pursuing agriculture. For this reason, groups that never innovated agriculture, or who only innovated it in a limited form or only relatively recently took it up, can be decimated by flu-like viruses.

Thus the authors observe that the Spanish Flu Pandemic of 1918 was three to 70 times more deadly to “natives” in Canada and the USA, as well as to the reindeer herding Saami people in Sweden and Norway, than it was to the rest of these countries’ populations. This is because most white and black people are descended from those who have long practiced farming. The authors add that the Swine Flu Pandemic of 2009 was five times more deadly to Maori people than it was to other New Zealanders.

The Corona Virus is closely related to SARS (Severe Acute Respiratory Syndrome) [Coronavirus vs. SARS: Health experts on the key differences between the two outbreaks, by Sam Meredith, CNBC, January 28, 2020], of which there was a major outbreak in 2003, which also began in China in 2002.

According to Wikipedia (which is, presumably, politically neutral on such numbers), a total of 774 people died across 29 countries. This amounted to almost 10% of those who caught it. Potentially in line with the findings of the Chinese researchers, the mortality rate for SARS in Europe was almost nil. Minuscule numbers of people caught it and only one of them died – in France (where there were an atypically high 7 cases).

By contrast, in Hong Kong the mortality rate from SARS was 17%. In Taiwan, it was 10%. In Canada, it was 17%, but it seems pretty obvious that they were all “Chinese Canadians,” what with there being so many Chinese people in Canada and documented attempts made to “help” them (specifically) deal with the virus [see Beyond SARS: ethnic community organization’s role in public health—a Toronto experience, By W. Dong, Promotion and Education, 2008].

In Singapore, 13% of those who caught SARS died out of 238 cases. Other countries had very small numbers of cases or, as with Vietnam, their medical access would have been sub-optimal, rendering it difficult to make comparisons.

But essentially, it can be said the SARS was an East Asian disease which, like Corona, can be traced to bats. SARS didn’t severely impact the rest of the world, despite people definitely catching it. It disproportionally killed East Asians. See SARS: The Immigration Dimension II, by Walter Pringle, VDARE.com, April 24, 2003.

This effect was so pronounced that, Wikipedia reports, “Many Chinese believed that the SARS virus could be a biological weapon manufactured by the United States, which perceived China as a potential threat.” (Ironically, the financial website ZeroHedge has just been banned by Twitter for reporting speculation that the Corona virus was developed during Chinese research into bioweapons—a ban that ZeroHedge attributes in a scathing post to U.S. capitalists’ notorious desire to appease China).

The difference between the two strains: the Corona virus, according to experts, is nothing like as deadly as SARS. Its mortality rate appears to be about 2% . It‘s mainly taking people with serious pre-existing health conditions [Coronavirus vs. SARS: Health experts on the key differences between the two outbreaks, by Sam Meredith, CNBC, January 28, 2020].

So if I wanted to tempt fate, then I’d write the following:

The Corona virus is a virus that, for whatever reason, East Asians are susceptible to but other races are not, just like SARS. None of our people are going to succumb to this condition. The MSM’s constant hyping is just a way of making people panic, because people are more susceptible to being indoctrinated when they panic. By not reporting the race of those who have caught this disease in Europe, unnecessary panic is being fomented among Europeans…so that they can be more easily inculcated with the message than “race differences don’t exist, because race is a social construct.”

But race differences do exist. Race is a biological reality. And these kinds of viruses help to prove that.

Lance Welton [email him] is the pen name of a freelance journalist living in New York. 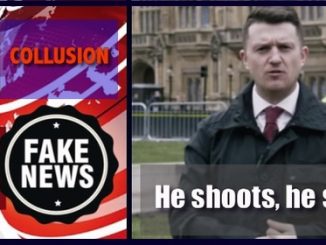 Tommy Robinson publicly stings the BBC, then gets an instant ban on social media – curious timing 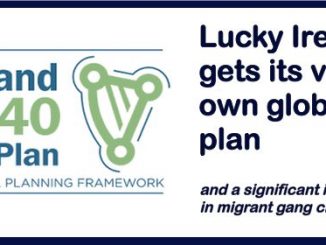 1 Comment on Asians Far More Susceptible to Corona Virus than Other Races, More Likely to Die, Just Like SARS [VIDEO]