The western-driven myth of the White Helmets continue to disintegrate. Despite the efforts of alleged ‘free speech’ advocate NGO Reporters Without Borders to shut this event down, Swiss Press Club head Guy Mettan went ahead as scheduled. Reporters Without Borders even went as far as to draft a formal complaint demanding the event be cancelled, alongside protestations by UK-based ‘Syrian opposition’ group Syria Campaign.


Today at the Swiss Press Club in Geneva, 21st Century Wire Associate Editor Vanessa Beeley (pictured above) presented a dossier on the dubious UK-backed NGO known as the ‘White Helmets,’ which included up-to-date information on their links to al Qaeda affiliates in Syria, as well as exposing the western propaganda organisation’s many bogus claims, including having ‘saved 99,220 lives‘ since the western-funded construct based in Turkey was created in late 2013.

The press event featured presenters Beeley, along with Martin Lebaviere and Prof. Ferrada De Noli from Swedish Doctors for Human Rights. A factual film (in contrast to the Netflix fiction) exposing the White Helmets was shown to attendees and media, followed by presentations by the three aforementioned speakers with a Q&A session. 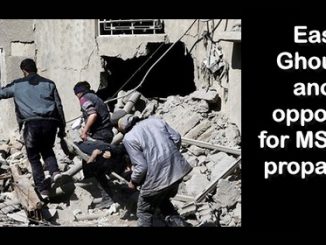 What The Mainstream Media Won’t Tell You About Eastern Ghouta 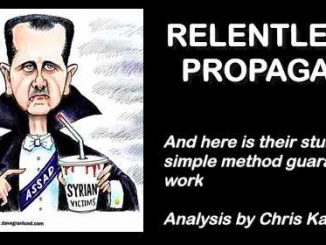