US Policymakers Openly Plot Against Venezuela 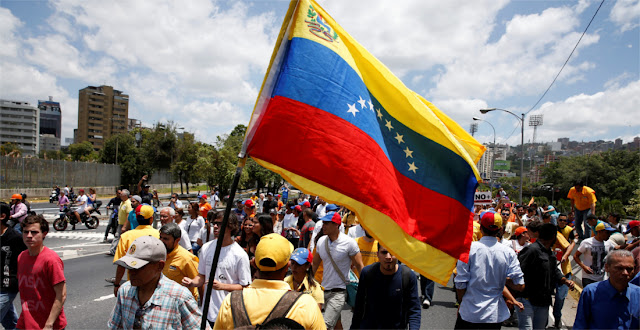 In reality, it is simply a repeat of US-driven regime change aimed at toppling Venezuela’s independent state institutions and replacing them with institutions created by and for US special interests.

The “opposition” is comprised of US-backed political parties and US-funded fronts posing as nongovernmental organizations (NGOs) many of which are listed on the US State Department’s National Endowment for Democracy (NED) website.

The UK Independent in a 2016 article titled, “Venezuela accuses US of plotting coup as Washington warns of ‘imminent collapse’,” would even admit:

…observers of the region point out that the US has a long history of seeking to interfere in the politics of Venezuela, as well as elsewhere in Latin America.

In addition to supporting those who ousted Mr Chavez in 2002, the US poured hundreds of thousands of dollars to his opponents via the so-called National Endowment for Democracy.

To understand America’s actual role amid Venezuela’s unfolding crisis, one must read policy papers produced by organizations called “think tanks” which devise and promote US policy.
The Brookings Institution is a Fortune 500-funded policy think tank. It is populated by policymakers who represent the collective ambitions of some of the world’s most powerful corporate-financier interests including big-oil, defense, agricultural monopolies, pharmaceutical corporations, media interests, and more.
Brookings and think tanks similar to it have regularly produced policy and media guidelines later disseminated across the Western media and Western legislatures through public relations firms and lobbyists. Think tanks are where the real agenda of the West is agreed upon and promoted from.
A recent piece featured upon the Brookings Institution’s website titled, “Venezuela: A path out of crisis,” lays out a 5-point plan toward escalating Venezuela’s already precarious situation (emphasis added):

1. The United States could expand its assistance to countries that until now have been dependent on Venezuelan oil, as a means to decrease regional support for and dependence on the Maduro government.

3. The United States could support efforts by the opposition in Venezuela to build an “off-ramp” that would split moderate elements of the government away from hardliners, encouraging the former to acquiesce to a transition to democracy by lowering their costs of exiting government.

4. The United States could coordinate with international institutions such as the International Monetary Fund (IMF) to offer financial incentives for holding free and fair elections in 2018, and for the opposition to unify and compete in those elections. Such coordination would also involve developing and publicizing a credible plan to restart Venezuela’s economy.

5. As a last resort, the United States could consider raising economic costs to the government through an expanded sanctions regime that aims to limit Venezuelan earnings from oil exports and block further financing. This policy is risky, given that the Maduro government would be able to more credibly shift blame for the economic crisis onto the United States, and should be accompanied by well-publicized efforts to deliver humanitarian aid through credible civil society and nongovernmental organizations.

It is a prescription for further economic isolation, US-funded political subversion, and with its reference to “a transition to democracy,” an oblique call for regime change.

The US media – particularly organizations operating from under right cover – have portrayed Venezuela’s economic crisis as primarily related to “socialism” and corruption. In reality, factors that would have only impeded the full realization of Venezuela’s economic progress have been intentionally compounded through US sanctions, economic sabotage, and political subversion to precipitate the currently unfolding socioeconomic and humanitarian crisis.

Venezuela would not be the first nation the US targeted for economic implosion in South America.

The US Central Intelligence Agency (CIA) in its own online archives available to the public under a section titled, “CIA Activities in Chile,” would admit (emphasis added):

According to the Church Committee report, in their meeting with CIA Director Richard Helms and Attorney General John Mitchell on 15 September 1970 President Nixon and his National Security Advisor, Henry Kissinger, directed the CIA to prevent Allende from taking power. They were “not concerned [about the] risks involved,” according to Helms’ notes. In addition to political action, Nixon and Kissinger, according to Helms’s notes, ordered steps to “make the economy scream.”

These Cold War attitudes persisted into the Pinochet era. After Pinochet came to power, senior policymakers appeared reluctant to criticize human rights violations, taking to task US diplomats urging greater attention to the problem. US military assistance and sales grew significantly during the years of greatest human rights abuses. According to a previously released Memorandum of Conversation, Kissinger in June 1976 indicated to Pinochet that the US Government was sympathetic to his regime, although Kissinger advised some progress on human rights in order to improve Chile’s image in the US Congress.

With violence increasing in the streets of Venezuela, and many of the rhetorical tactics used to set the stage for violent regime change and humanitarian catastrophe in Libya and Syria now being used to topple the government in Caracas – the world must get ahead of the propaganda and begin exposing this open conspiracy against yet another sovereign nation.

Venezuela’s political system is for the Venezuelan people themselves to decide – without US interference. A government dominated by US-backed opposition members will leave Venezuela as an extension of US corporate-financier special interests, not an alternative or check against them. This only serves in inviting further abuse by these interests not only in South America but all around the world – Afghanistan, Syria, Iraq, Yemen, Libya, and Ukraine for example – where America’s unwarranted wealth and influence is sowing instability, conflict, and catastrophe. 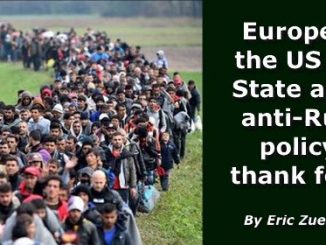 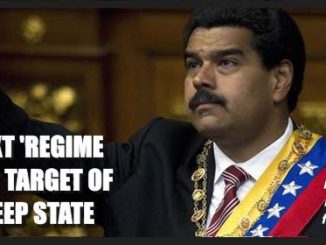 On the Eve of Maduro’s Inauguration, A New Phase in the Campaign Against Venezuela 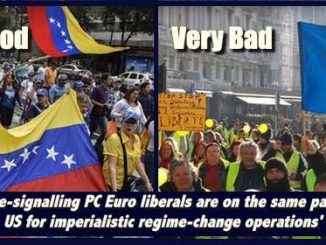 Protests in France and Venezuela – Spot the Big Difference