The United Kingdom is ready to pay the European Union up to 36 billion pounds ($47 billion USD) in accordance with London’s financial obligations which are a result of its EU membership, local media reported Saturday citing government sources.

MOSCOW (Sputnik) – According to The Telegraph newspaper, such an offer is the only way out from the current deadlock in Brexit negotiations with Brussels.

London is ready to pay this sum if Brussels agrees to negotiate the financial settlement as part of an agreement on future UK relations with the bloc, including a trade deal, Whitehall sources told the media outlet.

In May, The Financial Times newspaper reported that the European Union increased its demands regarding UK financial obligations up to some $109 billion, compared to some $64 billion announced by European Commission President Jean-Claude Juncker in early March.

UK Brexit Secretary David Davis then said that London may withdraw from Brexit talks with the European Union if Brussels retains its requirement for the United Kingdom to pay over $109 billion. However, Brussels has not submitted its final demand yet.

UK Foreign Secretary Boris Johnson said in July that the amount of money the European Union could demand from the United Kingdom as a Brexit divorce payment was “extortionate.”

Another source confirmed to the media outlet that the final sum of the deal amounts to $35-47 billion.

Brexit negotiations officially started on June 19, when Davis arrived in Brussels to negotiate the terms with EU’s chief negotiator Michel Barnier. The talks are expected to concluded by the end of March 2019.

Vladimir Rodzianko is Managing Director and Writer at The Duran 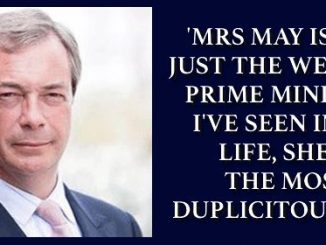 UK Prime Minister Theresa May Sells Out Her Country 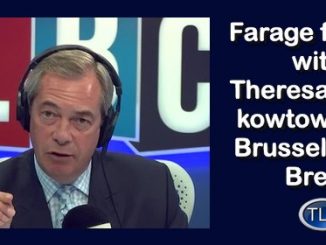