The Plot Against Britain…

From The Book of Esther to Shai Masot, LFI and Beyond 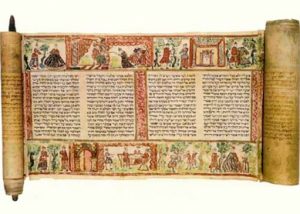 A few days ago in London, we witnessed a senior diplomat in the Israeli embassy caught on camera plotting to “take down” members of the British government including Foreign Office minister Sir Alan Duncan. We then learned that a senior official from the UK’s National Union of Students, as part of a sting involving the Israeli embassy, was covertly filmed conspiring to oust the organisation’s president Malia Bouattia. Malia Bouattia is the first Muslim president of the NUS and some British Jewish institutes have been concerned by her overwhelming popularity. It has also been revealed that the Israeli embassy has been plotting to undermine Labour leader Jeremy Corbyn and caught on video allocating funds towards that goal.

Are these events connected to each other, or is it mere coincidence that the Jewish state and Jewish organisations such as AIPAC, LFI, JDL, and JVP are, time after time, caught red-handed, plotting and conspiring against other people’s regimes and political institutions?

Embarrassingly enough, plotting against other people’s political institutes is deeply rooted in Judaic teaching. In fact, the Book of Esther is a biblical prototype, teaching Jews how to infiltrate and subvert the Goyim’s political affairs. This Book of Esther* is a biblical story that is the basis of Purim, probably the most joyous Jewish festival.

The story is set in the third year of the rule of Ahasuerus in Persia and is usually identified with Xerxes I. It is a story of palace intrigue and of a brave and beautiful Jewish queen, Esther who, at the very last minute, manages to save the Jewish people of her time.

King Ahasuerus is married to Vashti, whom he repudiates after she rejects his request that she ‘visit’ him during a feast, and it is Esther who is selected from all the candidates to be Ahasuerus’s new wife. As the story progresses, Ahasuerus’s prime minister Haman, without knowing that Esther is actually Jewish, plots to have the king kill all the Jews but Esther, together with her cousin Mordecai, saves the day for her people.

At the risk of endangering her own safety, Esther warns Ahasuerus of Haman’s murderous anti-Jewish plot and Haman and his sons are hanged on the fifty-cubit gallows he had originally built for cousin Mordecai, and Mordecai takes Haman’s place as prime minister. Unfortunately, Ahasuerus’ edict decreeing the murder of the Jews cannot be rescinded, so he issues another edict, allowing the Jews to take up arms and kill their enemies. This they do and it is this genocide that, ever since, is celebrated at Purim.

The Judaic moral of the story is clear: If Jews want to survive, they’d better infiltrate into the corridors of power. With Esther, Mordechai and Purim in mind, Shai Masot, LFI, AIPAC and the notion of ‘Jewish power’ look like the very embodiment of a deep biblical and cultural ideology.

However, there’s a twist. Though the story is presented as an historic tale, the historicity of the Book of Esther is largely disputed by most modern bible scholars. It is largely the lack of clear corroboration of any of the details of the story of the Book of Esther with what is known from classical sources of Persian history that has led scholars to conclude that the story is mostly, or even totally, fictional.

In other words, though the Judaic moral is clear, the attempted genocide is a fiction. It seems that by telling how Jews ‘save’ themselves by infiltrating their host nation’s politics, the Book of Esther propels its readers into a collective Pre-Traumatic Stress Disorder (PRE-TSD) and makes a fantasy of destruction into an ideology of survival.

* The following was written years ago and was published as a part of an extended article on http://www.counterpunch.org/2007/03/03/from-esther-to-aipac/

Israeli-born Gilad Atzmon is a British Jazz artist and author. He writes on political matters, social issues, Jewish identity and culture. His papers are published in very many press outlets around the world.  He can be found at gilad.co.uk 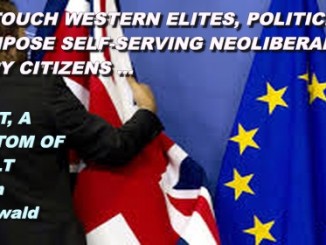 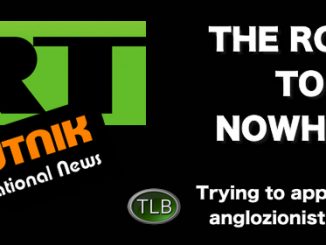 What is REALLY wrong with Russia Today & Sputnik? (UPDATED)