The Problem with Gold-Backed Currencies

Any currency is only truly “backed by gold” if it is convertible to gold.

There is something intuitively appealing about the idea of a gold-backed currency — money backed by the tangible value of gold, i.e. “the gold standard.” 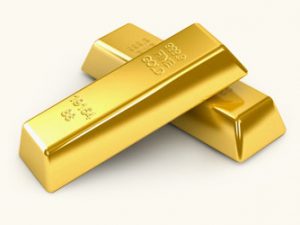 Instead of intrinsically worthless paper money (fiat currency), gold-backed money would have real, enduring value–it would be “hard currency”, i.e. sound money, because it would be convertible to gold itself.

Many proponents of sound money identify President Nixon’s ending of the U.S. dollar’s gold standard in 1971 as the cause of the nation’s financial decline. If our currency was still convertible to gold, the thinking goes, the system would never have allowed the vast pile of debt to accumulate.

The problem with this line of thinking is that it is disconnected from the real-world mechanisms of capital flows and the way money is created in our financial system.

This article explains why Nixon took the USD off the gold standard: since the U.S. was running trade deficits, all of America’s gold would have been transferred to the exporting nations. America’s gold reserves would have disappeared, leaving nothing to back the dollar. The U.S. Empire Would Have Collapsed Decades Ago If It Didn’t Abandon The Gold Standard.

The problem to sound-money proponents is trade deficits: if the U.S. only had trade surpluses, then the gold would not drain away.

Global users of the USD need enormous quantities of dollars to use as reserves, to pay debts denominated in USD and to facilitate international trade.

The only way the issuing nation can provide enough currency to meet this global demand is to run large, permanent trade deficits–in effect, “exporting” dollars in exchange for goods and services.

And any nation running large trade deficits will soon empty its gold reserves as international holders of the currency choose to convert their currency into gold, which is exactly what happened in the late 1960s in the U.S.

Number 1 is convertibility–without it, you don’t have a gold standard, you have an illusion of a gold standard. If the gold-backed currency isn’t convertible to gold, it’s simply another form of fiat currency.

An example illustrates why. Let’s take the fictional nation of Slobovia, which has accumulated $10 billion of gold to back its currency, the quatloo.

To protect its reserves from being drained away, the quatloo isn’t convertible to gold; the Slobovian central bank simply declares the currency is “backed” by gold.

But consider what this entails. The price of gold globally is set by the market (setting aside manipulation by major players), not by the central bank of Slobovia. This means the value measured in gold of the quatloo is fluctuating as the value of gold fluctuates.

Problem 3: consider the case of well-connected investor Mr. PM. Mr. PM has friends in high places in the government and banking sector, and so he borrows $100 million to buy choice parcels of land that have government-approved development rights.

He develops the parcels with the $100 million, and some years later sells the properties for $1.1 billion to other investors. He pays off his $100 million loan and pockets $1 billion in cash.

Note that the bank created the $100 million out of thin air when it originated the loan to Mr. PM. Did the Slobovian central bank acquire an additional $100 million in gold to back this new money? No–because in a fractional reserve banking system, this new money is lent into existence for the term of the loan, and disappears when the loan is paid off.

You see the problem: the $100 million Mr. PM borrowed to develop the land has been paid back, i.e. gone to money Heaven, but the $1 billion in cash he now has is “real money.” It’s as real as if he saved $100 million a year for a decade or extracted $100 million in profits from a mine for 10 years.

This expansion of quatloos wasn’t the result of the central bank issuing more quatloos, or the central bank buying more gold reserves: it was created by the fractional reserve banking system.

If the quatloo isn’t convertible to gold, the existing pool of quatloos still loses 10% of its value because the pool of outstanding quatloos just expanded by 10%.

The way out of this is to revalue the quatloo’s value measured in gold. l Let’s say Slobovia initially issues its currency, the quatloo, at 100 to an ounce of gold. If gold is $1200/ounce, each quatloo is worth $12. So far so good.

So either a currency is convertible into gold, or it isn’t gold backed. If the conversion rate is set by the government, then it’s subject to sudden revaluations, just like any other fiat currency.

If the issuing nation maintains a fractional reserve banking system, then the quatloo is constantly devalued by the issuance of new quatloos in excess of the gold the central bank adds to its reserves.

When people talk about China backing its currency the yuan with gold, what does that mean given that China has issued $30 trillion in new credit-money in the past decade? 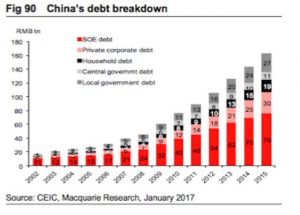 It doesn’t matter that the money is “borrowed into being”; as the example of Mr. PM illustrates, the money created is as real as money that was earned or saved or mined; the money created in China’s vast credit bubble is real enough to buy homes in North America for those lucky few who can get their yuan converted into dollars.

In a true gold-backed currency, every new $1 in currency must be backed by the addition of $1 of gold to reserves. If the gold supply remains constant but the supply of currency constantly expands, the value measured in gold of the outstanding currency declines accordingly.

Any currency is only truly “backed by gold” if it is convertible to gold. Why hold a “gold-backed” currency that can be diluted 10-fold overnight by the issuing government/bank?

Any nation issuing a gold-backed currency can’t control the global price of gold, and so that nation’s currency is hostage to fluctuations beyond its control. If the issuing nation sets a peg to gold, that peg is subject to the whims of the central bank and state–in other words, the peg is simply another flavor of fiat currency.

Simply put, there is no way to back a reserve currency or a fractional reserve banking system with gold. It’s easy to say that a world with very little credit would be a good world, but it would be a world with limited debt-based consumption, i.e. a world with little “growth.” And without “growth,” the system implodes.

This essay was drawn from Musings Report 6. The Musings are emailed weekly to subscribers, patrons and major contributors ($5/month or $50/year).

If you found value in this content, please join me in seeking solutions by becoming a $1/month patron of my work via patreon.com. 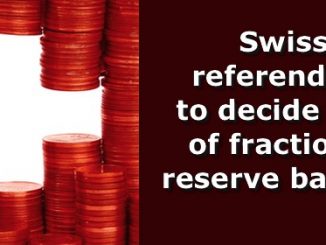 Is Switzerland About To Create A New Banking System? 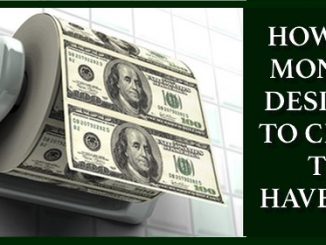 How Central Banks Enrich The Few, Harm The Many 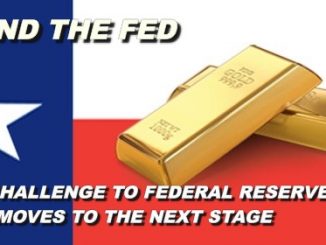