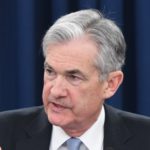 The central bankers have used all sorts of tools. If the next crisis comes, they have nothing left. When the markets crash, their motto is: Close your eyes and let us print even more money. Jerome Powell can be an exception, however.

Draghi (pictured) and Yellen have perfected their image as perfect bail-out bankers in recent years: Draghi flooded Europe’s financial markets with cheap money and rescued Greece from the downward spiral with billions in aid; every time the US stock market lost more than 2% last year, someone from Yellen’s 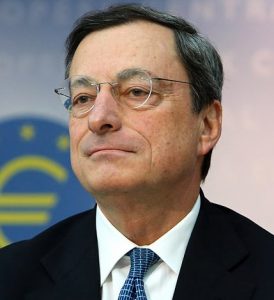 Fed appeared and assured the uncertain investors that the American economy was doing fine. Both used all possible tricks to boost economies and prevent the next crisis: they introduced zero interest rates, bought bonds and shares, even from private companies. Now Draghi’s ECB is still unprepared for the next crisis, as it has no funds left unless it introduces negative interest rates.

The new Fed chief is continuing Yellen’s policy, at least when it comes to a slow rate hike. Like his predecessor, he also tries to influence the markets with his statements. When he recently visited Zurich, he also tried to reassure investors in his speech: they should not be afraid of American monetary policy, and the higher key interest rates in the US should also be manageable for the emerging markets. According to him, the Fed’s role in global capital flows has often been “overestimated”.1) His statements were an attempt to reduce the significance of the last stock market mini-crash of February 2018. The reason for the adversity on the stock market at the beginning of this year was interpreted by many as a reaction to the surprisingly strong wage growth in the USA. Indeed, the fall in American stocks (which we warned against in one of our articles, by the way2)) was caused by Powell’s replacement of Yellen. Emerging markets are also giving investors a poor performance this year despite Powell’s reassuring words. The reason for this is the strong dollar, the growing yield of US government bonds, which make investments in emerging markets less attractive. According to the Institute of International Finance (IIF), $5.5 billion was withdrawn from these countries last month. What is concealed is that investors are thus also positioning themselves for the next crisis, in which the Fed will no longer be so willing to save large banks or insurance companies from bankruptcy. When the largest American insurance group AIG was threatened with insolvency in 2008, the then Fed chief Bernanke pumped 80 billion dollars of taxpayers’ money into the private company (the so-called bail-out). While the US decision-makers were bracing themselves for all possible outcomes when Lehman Brothers collapsed, in the case of AIG they showered it with money, otherwise the overall market for credit default swaps (credit insurance accumulated by AIG in Bergen) would have collapsed, which the American financial system would not have been able to cope with.

The same thing happened with the rescue of Bank of America. Janet Yellen, Bernanke’s successor, continued his monetary policy. Powell, on the other hand, gave a speech3) in 2013 in which he spoke out against such measures. He emphasized at the time that the Fed no longer had any authority to rescue the affected credit institutions or insurance companies from the jam because of the Dodd-Frank law. The law, which in response to the 2007 financial crisis comprehensively changed the financial market law of the United States, extended the powers of the FDIC (Federal Deposit Insurance Corporation) agency to guarantee the deposits of banks, savings banks and holding companies. The problem is, even if all deposits have been insured by FDIC since then, that it has a capital of about $100 billion, while the total capital circulating in the American economy is estimated at $13.5 trillion! At one of the largest banks, JP Morgan, the value of deposits is $1.3 trillion. The FDIC is therefore unable to save even one large American bank if it gets into trouble. Powell is aware of this, which is why he advocates so-called bail-ins. He was the US government’s chief bail-in simulation strategist, by the way. In the case of a bail-in, the creditors participate in losses, in the restructuring or liquidation of a financial institution, in which e.g. a part of their deposits is converted into shares of the bankrupt institution.

During the 2013 Cypriot bank bail-in, investors who owned more than 100,000 euros received shares in their failing Cypriot banks, which subsequently fell by 80%. Clients were mostly Russians. The Europeans announced that there would be no bail-out anymore in Europe, and banks 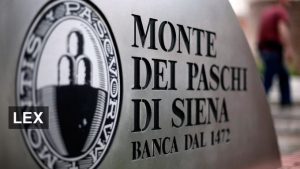 must be saved by their creditors instead of the tax-payers. The Italians were forced to bail in their banks and the Italian government was not allowed to come to the rescue of such banks as Banca Monte dei Paschi di Siena. The Italian authorities refused to do this and helped their banks in 2017. If the Fed chairman proceeds with his solution to rob customers of their deposits in the next inevitable financial crisis, there will be a backlash. The upper middle class, in particular, will suffer from the bail in during the next crisis. The lower level will be shocked, but will get their money back. We doubt if Powell has the stomach to let Wells Fargo, Bank of America or Citigroup go. After all, it was the Wall Street Bankers that gave Trump the money in the form of loans to run his campaign. Will Trump resemble Putin’s move when the Russian leader broke the power of the oligarchs and did away with Boris Berezovsky, Vladimir Gusinsky and Mikhail Khodorkovsky, who ran the country under Yeltsin? Will the American President break the influence of the banking elite in the US?

Up to now Trump has followed the marching orders from his supporters, moved the American embassy to Jerusalem and reinstated the sanctions against Iran. We do not expect he will dare to disobey his overloads and let the US banks go down. Jerome Powell can be talking tough, but when push comes to shove, he will save the American banks.

Featured image source, with thanks 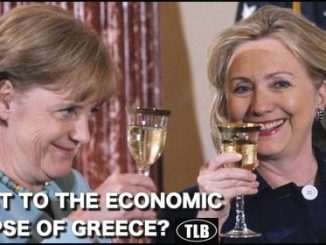 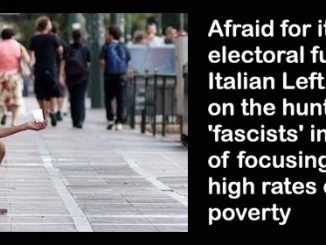 All of a sudden fascists are everywhere in Italy 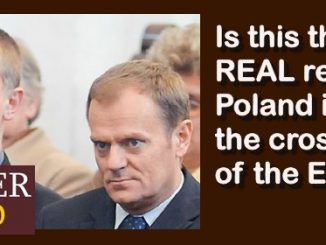