Some European countries, namely Italy, Germany, France and the UK, are facing the so-called “substitution of nations,” where the national ethnical majority is disappearing physically and biologically, and is being substituted by migrants, according to a recent report. Sputnik Italy discussed the issue with Daniele Scalea, the author of the report.

The recent report of the Italian-based Machiavelli Center of Political and Strategic Studies (Centro studi politici e strategici Machiavelli), “How immigration is changing Italian demographics” has revealed that a number of European countries are facing the “biological and physical extinction” of their national ethnicities.

Ethnic majorities in such countries as Italy, Germany, France and the UK, are gradually turning into ethnic minorities, while being “substituted” by incoming migrants. 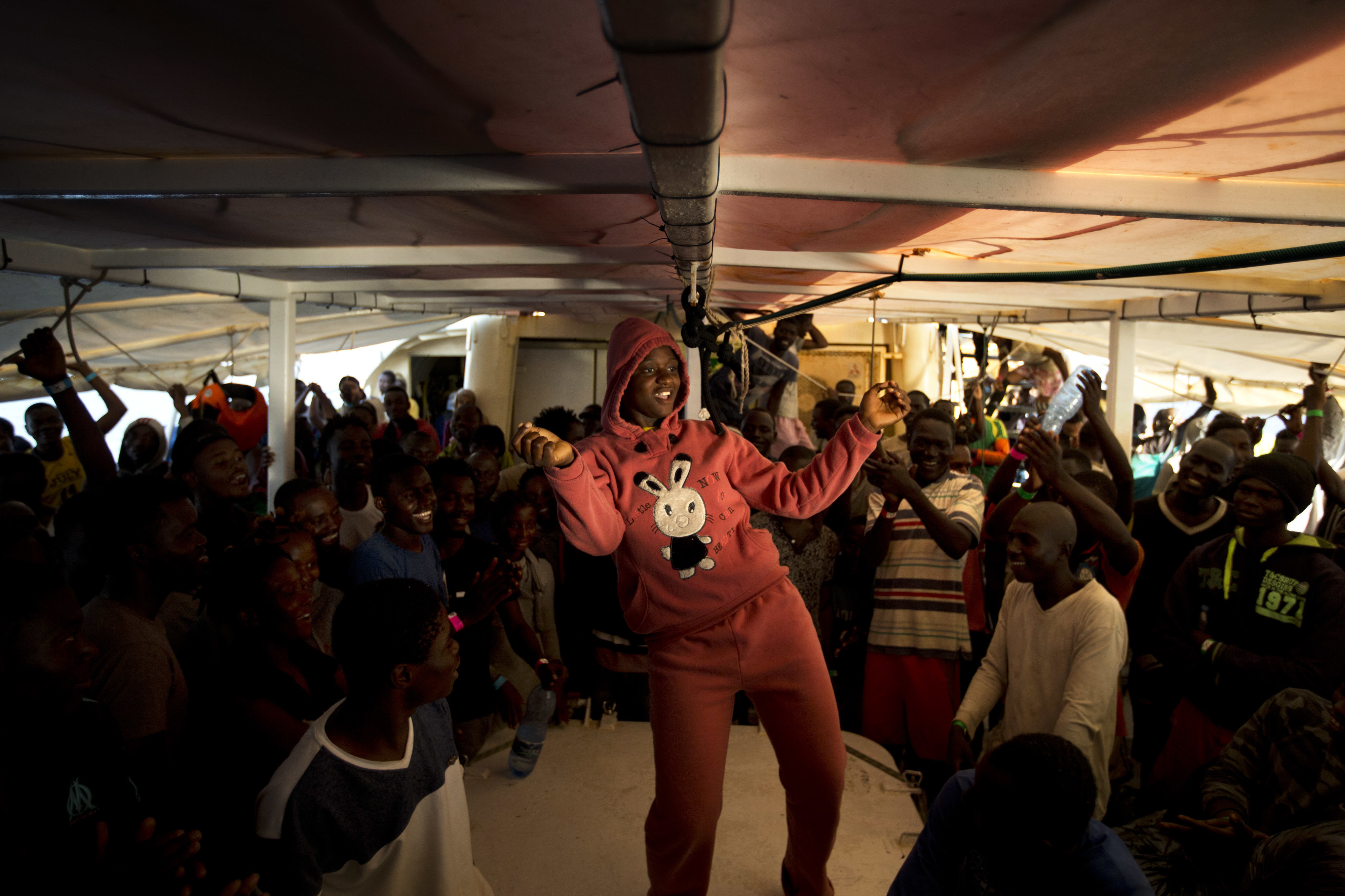 © AP PHOTO/ EMILIO MORENATTI
A woman from Nigeria dances on the deck of the Golfo Azzurro rescue vessel as it arrives at the port of Pozzallo, south of Sicily, Italy, with hundreds of migrants aboard, rescued by members of Proactive Open Arms NGO, on Saturday, June.17, 2017

Sputnik Italy discussed the issue with Daniele Scalea, an analyst at the center and the author of the report.

Migration is drastically changing the habitual course of life in Italy, he told Sputnik. The reason for the influx of African migrants into Europe is not wars or catastrophes, but an explosive demographic increase on the African continent, from 9 percent to 25 percent of the global population throughout the last century.

Italy’s fertility rate is less than half of what it was in 1964, the analyst explained in his report. It has dropped from 2.7 children per woman to just 1.5 children per woman currently, a figure well below the replacement level for zero population growth of roughly 2.1 children per woman.
As of the first half of this year, Italy had over 5 million foreigners living as residents, a remarkable 25 percent growth relative to 2012 and a whopping 270 percent since 2002. At that time, foreigners made up just 2.38 percent of the population while 15 years later the figure has nearly trebled to 8.33 percent of the population. Moreover, even the children being born in Italy are overrepresented by immigrants, whose birthrate is considerably higher than native Italians, the study revealed. It is “unsurprising,” therefore, that Italian regions with the highest fertility rates are no longer in the south, as was usual the case, but in the Italian north and in the Lazio region, where there is a higher concentration of immigrants.

If current trends continue, by 2065 first- and second-generation immigrants will exceed 22 million persons, or more than 40 percent of Italy’s total population.

By comparison, it was only in the not far-off 2001 that the percentage of foreigners living in Italy crossed the low threshold of 1 percent, which reveals the speed and magnitude of demographic change occurring in Italy, a phenomenon “without precedent” in Italy’s history, the study asserts.

An added concern brought forward by the report is the high concentration of immigrant populations from just a few countries of origin, which has often resulted elsewhere in the formation of “closed, homogeneous communities that fail to integrate with their host society,” or what Pope Francis has termed “ghettoization.”

“Traditionally, African migration took place only within the continent, in other words, Africans have been migrating from one African country to another. However for the past decade, there has been a tendency to migrate outside the continent,” Daniele Scalea told Sputnik.

He further explained that it happens due to sweeping demographic growth on the continent (from 9 percent to 25 percent of the global population.) The migrants have more financial (money for long-distance travel) and cultural (ability to evaluate their chances and become participants of more developed economies) opportunities, which enable them to search for a better life in Europe and not in a neighboring African country.

There are certain reasons why the streams of migrants are pouring into Europe: Europe is rich, it is easy to reach and its population is aging fast, thus young Africans are able to find their place among aging Europeans with low fertility rates.

Unfortunately, Italy is not alone in its demographic turmoil. Extrapolating from current trends, British citizens will no longer be the majority of the population in the United Kingdom around 2065. In Germany today, 36 percent of children under five are born to immigrant parents, which presages a significant demographic shift in the next generation in that country as well. France is also in a similar situation.

“We are witnessing what I would call a “substitution of nations.” Ethnic majorities are becoming minorities in their own countries, physically disappearing, and it disturbs the native population,” Daniele Scalea told Sputnik.

“The European peoples will soon get anxious about this issue as we are currently witnessing their physical and biological extinction. Europeans don’t have many children, and thus there are more and more people of other nationalities in Europe,” he explained.

The idea of multiculturalism partially facilitates this process. Migration has always been welcomed in Italy and it was hard to find a community where all the people had come from the same country. The situation however is changing now. The top 10 foreign ethnicities in Italy make up more than 60 percent if the total number of migrants.

France, Germany and the UK are in a similar situation. Turkish migrants dominate in Germany, Pakistanis in the UK, Algerians in France. Italian society will soon consist of different communities, each with its own culture, rules and ways of existence. It will ruin Italian society.

“There are only two ways of development. If we continue with the policies of the leftists, by viewing as positive the idea of multiculturalism and the erosion of national native ethnicities, the European civilization will cease to exist and Europe will become a territory, occupied by various ethnicities, which belong to various civilizations,” the analyst explained to Sputnik.

However there is another way: radically reconsider the migration policy, ban the entrance of migrants into Europe and toughen the assimilation of those who have already come.

This will prevent migrants from residing only with their compatriots and speaking only their native language, without assimilating into European society. Migrants should learn the language of their country of residence and acknowledge fundamental European values. This will enable them to become real Italians, Germans and French, Daniele Scalea concluded. 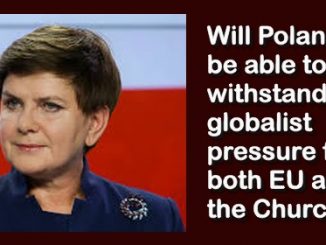 Parrot of the Nations: Poland under immense pressure by EU globalists 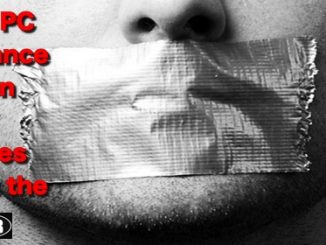 Liberals, Not Trump, to Blame for The Backlash 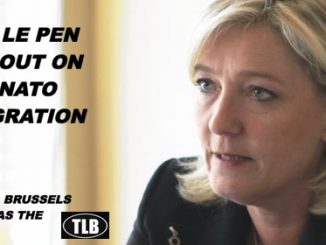