For how adopting the IHRA definition of anti-semitism is problematic and violates free speech, see Why calling Israel an apartheid state or racist is not anti-Semitic by Ben White of Middle East Eye. See also Alison Weir’s discussion of the problem: International campaign is criminalizing criticism of Israel as ‘antisemitism’.

We also recommend this piece from Philip Giraldi published yesterday titled The Growing Anti-Semitism Scam, Everywhere, with an introduction explaining the recent situation in France that is giving rise to Macron’s reaction.

France to outlaw anti-Zionism as anti-Semitism

During his speech at the dinner of the Representative Council of Jewish Institutions in France (CRIF) [Conseil Représentatif des Institutions Juives de France] , a powerful Jewish lobby in France, President Emmanuel Macron announced that France “will implement the definition of anti-Semitism defined by the International Alliance for the Memory of the Holocaust (IHRA)”.

At the annual dinner of the CRIF, the speech by Macron was expected after a resurgence of anti-Semitic acts in the country. The head of state announced that France would adopt the definition of anti-Semitism as defined by the International Alliance for the Memory of the Holocaust (IHRA) that incorporates anti-Zionism.

The strongly-worded announcement had been expected by representatives of the Jewish community, according to state broadcaster Franceinfo .

“It would be wrong to say that we have done nothing” against anti-Semitism, Macron said. “But we have not been able to act effectively. The time has come for cutting-edge acts,” the head of state said before declaring: “Anti-Zionism is one of the modern forms of anti-Semitism. This is why I confirm that France (…) will implement the definition of the International Holocaust Remembrance Alliance“.

According to this definition, anti-Semitism includes anti-Zionism, which is defined as the systematic criticism of the State of Israel.

The French leader said in Paris at the dinner of the CRIF: “Behind the negation of Israel’s existence, what is hiding is the hatred of Jews.”

But since the IHRA approved the wording in 2016, critics of Israel have said it could be used to suppress Palestinian activists. The definition states that anti-Semitism can take the form of “denying the Jewish people their right to self-determination, for example, by claiming that the existence of a State of Israel is a racist endeavor.” 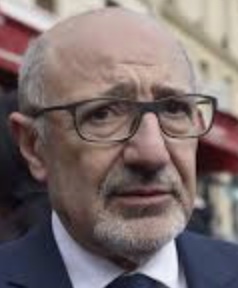 As a preamble to Emmanuel Macron’s speech, Francis Kalifat (pictured), the president of the Representative Council of Jewish Institutions in France, took the floor and spoke about recent events.

“Antisemitism was doing very well in France before the Yellow Vests. It is still doing better today thanks to some of them,” he added. The latter is in favor of a broad definition of anti-Semitism, which includes the denial of the State of Israel.

“Let the anti-Semites no longer play on words to escape prosecution,” he insisted.

Sacha Ghozlan, president of the Union of French Jewish Students, told RFI on Tuesday morning: “I’m calling on the government to declare a state of emergency in regard to anti-Semitism and take all of these measures into account.”

Rallies have taken place around France against in anti-Semitic acts, but the National Rally (RN) led by Marine Le Pen was not invited to the protests.

Sylvain Maillard, an MP with President Emmanuel Macron’s political party The Republic on the Move (LREM), chairs a 30-member “study group” on anti-Semitism in the French National Assembly. This week the group will decide what kind of legislation to use to make anti-Zionism a punishable offence.

Maillard suggested that saying something like “dirty Zionist” should be punishable under French law.  “When you say ‘dirty Zionist’ you are also saying ‘dirty Jew’.”

Following some anti-Semitic acts in France, a member of the Israeli government has called on French Jews to emigrate to the Jewish state.

Israeli Immigration Minister Yoav Gallant has called on the Jews of France to emigrate to the Jewish state. “I vehemently condemn antisemitism in France and call on Jews to come home and immigrate to Israel,” Gallant said on Twitter.

His remarks follow the recent desecration of 80 graves in a Jewish cemetery in Alsace. No suspects have been arrested yet. “The desecration (of this) graveyard awakens images of dark periods in the history of the Jewish people,” said Minister Yoav Gallant.

“The State of Israel is a safe national home for Jews all over the world,” he said. Gallant had recently visited Paris. During a visit to the Jewish community of Paris, he said they face an “anti-Semitic offensive and the process of assimilation”.

Internet Free Speech Is All but Dead – How They Do It 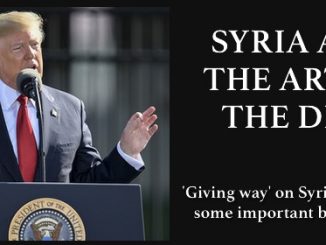 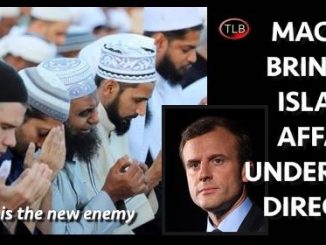