My distinguished colleague at Strategic Culture Foundation, Federico Pieraccini, has recently argued that “nuclear-armed powers decrease the likelihood of a nuclear apocalypse”, and this is a response to that.

Obviously, if there were no nuclear-armed powers, then the possibility of a “nuclear apocalypse” would be zero; so, that statement is disputable at the very least. However, in a carefully modified form, I agree with something not too far different from it; and here is that form.

In the nuclear-weapons era, at least two nuclear super-powers are essential in order for there to be any realistic possibility of warding off a nuclear apocalypse, global annihilation.

Here, the concept of “nuclear super-power” is absolutely core (merely “nuclear-armed power” is not): a nuclear super-power is a nation that possesses second-strike capability, the ability to retaliate so effectively against a nuclear attack from any other nuclear power so as to annihilate that attacking country, even though this responding power might be annihilated by the attacking one.

As I have documented in prior articles (such as here), the United States, ever since at least 2006, has been virtually officially pursuing the goal of achieving “Nuclear Primacy” so as to be able to ‘win’ a nuclear war and conquer Russia — the prior military geostrategic system called Mutually Assured Destruction or “M.A.D.” being ended on the American side. (Russia’s Vladimir Putin says that 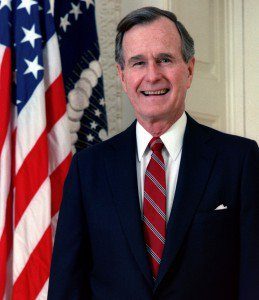 it had actually ended when US President George W. Bush made the — as was brilliantly explained here — “decision in 2001 to withdraw from the Anti-Ballistic Missile Treaty, and the bipartisan failure by both the Bush and Obama administrations to engage meaningfully with the Russians over their concerns about American missile defenses.”)

However, I have argued that, in essence, the US regime had already made the decision for nuclear primacy and secretly imposed that decision upon its allied or vassal-regimes as being henceforth the US side’s aim, back on 24 February 1990, and that decision was made by George Herbert Walker Bush but has continued ever since. Putin is politic; so, he needs to filter what he says through a political screen, in which he refers to the United States as being a ‘partner,’ which I — myself an American and no politician at all and not representing any country at all — do not need to do.

Whereas the US regime has been committed for a long time to achieving nuclear primacy (regardless of whether it’s since 2006, or since 2001, or since 1990 — the initial decision was actually made on 24 February 1990, and has merely been in its execution-phase on the American side from that time till now), Russia has been responding to that decision as best it has been able to. A crucial effort on the part of Russian President Boris Yeltsin in the 1990s to deal with it produced the so-called “NATO Founding Act,” but the US regime trashed that in 2016. President Putin recognized, as soon as George W. Bush trashed the ABM Treaty, that unless Russia could somehow block the US from achieving nuclear primacy (if any side even is capable of achieving nuclear primacy now or in the future), then a surprise, intended, planned nuclear first-strike against and annihilating Russia would be the outcome (given the US regime’s by-then clear record on the matter); so, he has carefully worked, ever since that time (2002), so as to not only block it, but, finally, on 1 March 2018, announced to the entire world, that Russia is now able, reasonably and with evidence, to say that Russia is securely in a position so that if the United States attempts a surprise nuclear attack against Russia, then the United States will also be annihilated.

What is crucial here, during the nuclear-military age, is that there be at least two nuclear super-powers, not just one.

As I have argued elsewhere under the heading “The Three Global Superpowers”: “There are currently three global superpowers, three nations that lead the world: China, Russia, and US.” However, this is true regardless of whether or not China is a nuclear super-power (I don’t think it is) because China is 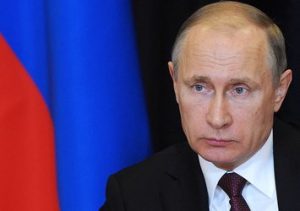 clearly a leading economic power, and may come to lead above the United States in other fields as well. In economic matters, the trend-lines are watched with at least as much close attention as are the absolute or current numbers, and China, in any case, is clearly one of the three global super-powers already, regardless of whether it’s a military super-power. 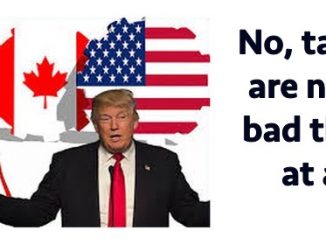 Is Global Trade Order on Verge of Collapse? 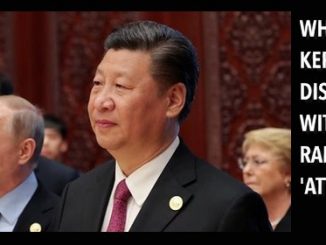 Was the Ransomware Attack a Media-Establishment Distraction? 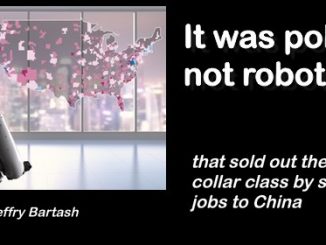