For three nights straight, there have been riots between African migrants and the French police in the city of Nantes. The riots began after the police stopped and shot an alleged criminal, named Abubakar. Wednesday the police declared that they shot the African young man in self-defence after he tried to run over a police-officer with his car.

.
The scale of the current riots is more extensive than we see now on a regular basis in the French suburbs. The rioters torched numerous cars, a petrol station, a community library, a school and several shops. There is even a report that a bullet from a rifle damaged a police officer’s helmet.  Friday afternoon the police admitted that the killing of Abubakar was not self-defence but an accident. The Gefira team expect riots in France to become more and more violent and eventually lethal. Like most Western European societies and the US, the demographic change and the gradual replacement will come with a hefty price. There are signs that white French bourgeoisie youth will join the violent protests, like Black bloc and Antifa.

7 environmental activists of the ZAD (Zone to Defend) came to discuss with the inhabitants of the neighborhood  of Breil how to join forces against the state. 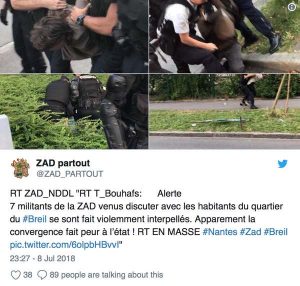 Sunny Sunday in the French city of Nantes 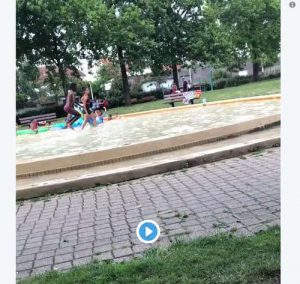 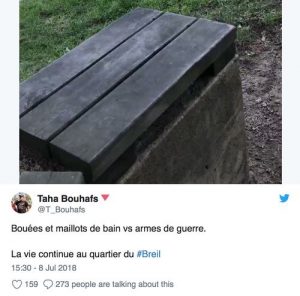 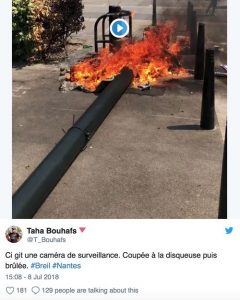 Face to face between FN and anti-fascists in antes. Front National came to support the CRS (police). 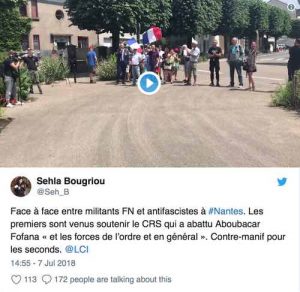 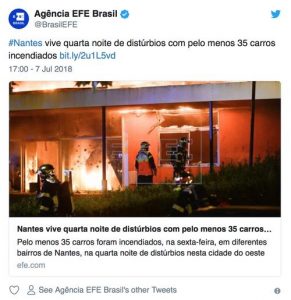 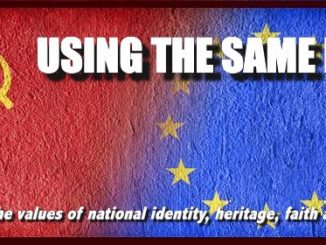 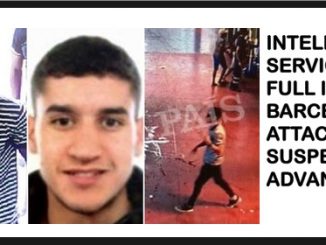