On Tuesday, President Poroshenko raised eyebrows when he said that “God willing…Ukraine would be given another $1 billion tranche from the IMF,” making the sign of the cross gesture as he said it. But does the country need more IMF money? As journalist Maxim Kononenko points out, all its loans have done so far has been to impoverish Ukrainians.

Speaking in Ukraine’s eastern region of Dnipropetrovsk on Tuesday on the subject of the country’s cooperation with the International Monetary Fund, Poroshenko raised the ire of Ukrainians by making a sign of the cross gesture while promising that “God willing, tomorrow, September 14, we will get another $1 billion tranche from the IMF, which serves as a solid base for our reforms.”

Ukrainian President Petro Poroshenko making the sign of the cross gesture as he vowed Ukraine would receive a $1 billion tranche from the IMF.

Poroshenko got his wish, and the IMF agreed to grant Kiev the hoped-for $1 billion tranche.

But does Ukraine really need this IMF money? More specifically, do ordinary Ukrainians need it? According to well-known Russian journalist Maxim Kononenko, the answer to that question is quite simple. All one has to do is to look at the catastrophic collapse in living standards that have resulted from the IMF’s austerity demands.

The truth, the journalist noted, is that “Ukraine has lived without this $1 billion since the summer of 2015, when the IMF gave out its last tranche. It’s been tough living. Difficult living. But the country survived. Why was life difficult? It’s true, there was the break in cooperation with Russia, and the need to spend money on restoring the army’s combat capabilities, which suddenly needed to be reequipped to kill its own citizens” in the fratricidal war in eastern Ukraine. “Plus the country lost two economically important regions” (Donetsk and Lugansk).

“But while all these factors have a general importance for the economy, the loan conditions connected to the IMF’s funding directly affect every Ukrainian. And it was according to IMF requirements, whose execution was required ‘for God to send’ the $1 billion tranche, that consumer gas prices were raised several hundred percent. A threefold increase in utility prices in one year affects [ordinary Ukrainians] personally, while the $1 billion from the IMF goes not to them, but who knows where” and to whom.

Previously, Kononenko recalled, “the Ukrainian state subsidized Naftogaz, thereby managing to keep gas prices low for the population. The IMF demanded an end to these subsidies to eliminate Naftogaz’s budget deficit. Kiev complied. Prices increased. The population, gritting its teeth, swallowed the increase.” The company, meanwhile, eliminated its shortfall and even became profitable. 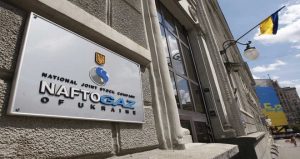 “The next step revolves around revenues from increased electricity prices – again multiple-fold. Something tells me that these new revenues for Ukraine’s budget will amount to roughly $1 billion. And yes, another sum totaling nearly $10 billion is supposed to follow. But that does not mean, first of all, that this money will actually come…without new demands by the IMF. Which the government, of course, will carry out, at the expense of Ukrainians.”

At the same time, the analyst emphasized that “all these tranches aren’t charity. They’re loans, which have to be paid back. Already today every single Ukrainian, including children, the elderly and the eastern ‘separatists’ owes over $1,000 to foreigners.” The country’s average monthly wage, meanwhile is only about $200, falling from about $650 in 2013, prior to the Maidan coup d’etat.

“Ukrainians have tightened their belts, while the government has pulled them further and further into a debt pit. The standard of living continues to fall, and that means economizing – in other words, not making purchases. People don’t buy, stores don’t sell. Shops are closed, their employees find themselves on the streets and can’t buy anything either. And where can unemployed Ukrainian men make a living? In the eastern ‘anti-terrorist operation’ zone, killing their fellow citizens.”

“The rest aren’t earning, and therefore, aren’t paying taxes. The budget isn’t receiving money, and so the state does not have the funds to pay off the loans. But it must pay – otherwise it won’t receive any new loans.”

Effectively, Kononenko noted, the IMF is the equivalent of a massive debt collector, its tentacles reaching into the pockets of every Ukrainian, including the most vulnerable. ”

And if you think that the IMF is above collector practices like throwing a Molotov cocktail into the window of a debtor’s home, you’d be mistaken. In addition to the above-mentioned example of the meat grinder in eastern Ukraine, where unemployed Ukrainians can go, there is, for instance, the example of the genocide in Rwanda. That event was partially the result of social tensions arising as a result of ‘reforms’ carried out according to IMF recommendations.” 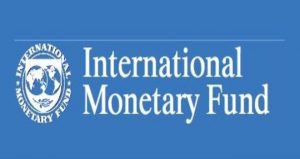 “Knowing all this, the president of Ukraine said to his people: ‘God willing’…God willing that Ukraine gets further and further bogged down in this situation. God willing that it repeats the fate of Somalia, Rwanda, Argentina and Mexico in following IMF recommendations. But Ukraine will not repeat the fate of Russia, which miraculously managed to break away from this kind of ‘assistance’ after 1998,” since its present leaders find it unseemly to do anything like its eastern neighbors.

Ultimately, Kononenko noted, as with the IMF’s $4.8 billion tranche given to Russia in 1998, which ended up getting stolen almost in its entirety by Yeltsin-era officials, Ukraine’s present leaders will find a way to ‘appropriate’ the funds, but not to the benefit of Ukrainians. The country’s ordinary and most vulnerable citizens, meanwhile, will continue to pay the price of the IMF’s austerity demands. 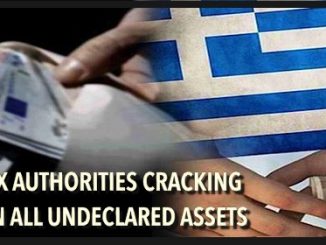 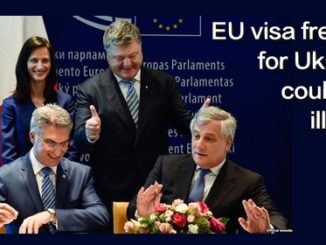 Ukraine’s Visa-Free Travel to the EU: At What Price Does It Come? 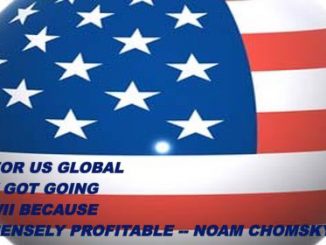