ER Editor: We also recommend this piece by Deutsch Welle (DW – MSM alert) from yesterday titled Denmark gives go-ahead for Nord Stream 2 Russian pipeline segment. It seems that Denmark had to give approval for this pipeline, yet Denmark’s approval wasn’t essential for the completion of the Gazprom project, which could have been done in a different way. Trump doesn’t like it and the Greens aren’t happy.

Denmark has given the green light for the Russia-led Nord Stream 2 gas pipeline to pass through its waters. Copenhagen’s delay in granting permission has been the main hurdle to completing the project on time.

“The Danish Energy Agency has granted a permit to Nord Stream 2 AG to construct a section of the Nord Stream 2 natural gas pipelines on the Danish continental shelf southeast of Bornholm in the Baltic Sea,” the agency said in a press release.

It explained that the permit was granted in accordance with Denmark’s obligations under the UN Convention on the Law of the Sea.

“Denmark is obliged to allow the construction of transit pipelines with respect to resources and the environment and if necessary to assign the route where such pipelines should be laid,” it said.

The agency said it concluded that “the southeastern route on the continental shelf is preferable to the northwestern route” as it is the shortest one. It provides the “least risk and impact from an environmental and safety perspective and therefore is the preferable choice.”

The undersea pipeline, designed to deliver Russian natural gas to Germany and other European customers, is set to be finished by the end of the year. The offshore and land sections of the pipeline were connected on the German side last year, and a receiving terminal is currently under construction there. Russia has finished laying nearly two thirds of the Nord Stream 2 natural gas pipeline along the bottom of the Baltic Sea.

The project has only needed approval from Danish authorities; other countries on the route of the pipeline – Russia, Finland, Sweden and Germany – have long-since approved it.

The pipeline’s construction has been criticized by the US administration which attempted to derail the project in order to boost sales of American liquefied natural gas (LNG) to Europe. 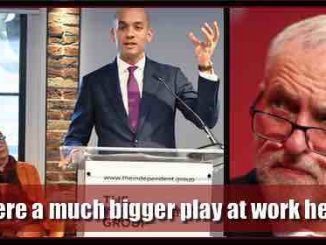