Some 5,000 EU nationals are currently fighting in Syria among the ranks of ISIS and other jihadist groups, according to a senior Syrian official, who warns it’ll be a disaster for European security if these militants are allowed to return.

“We have statistics that about five thousand terrorists fighting in Syria have come from the EU countries,” Syria’s Deputy Minister of Expatriates and Foreign Affairs Ayman Susan told Sputnik on Thursday.

“Imagine that these five thousand terrorists will return to Europe … they can do it,” the diplomat warned.

“This will be a disaster for the security and stability of European countries and their populations.” 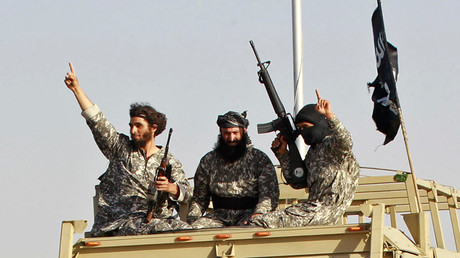 The EU has for years been well aware of the threat posed by European Islamic State (IS, formerly ISIS/ISIL) and other fighters who are returning from combat zones of the so-called caliphate of Syria and Iraq.

Ever since the outbreak of the Syrian war, European capitals have tried to curb domestic extremists from going into the conflict zones and have applied pressure on transit countries, particularly Turkey, to stop the traffic.

Just on Wednesday, Turkey managed to detain 43 foreign nationals who reportedly tried to illegally cross the border into Syria, Anadolu reported. The group which included 23 minors was detained by security forces in Turkey’s southern Kilis province.

Most of the foreign nationals who arrive to fight for the extremists are lured through carefully designed social media campaigns and attractive financial benefits that the terrorists promise their recruits. The majority of EU nationals fighting in Syria and Iraq come from immigrant backgrounds in their respective EU countries who find it difficult to assimilate into European society.

“The main concern reported by EU Member States continues to be jihadist terrorism and the closely related phenomenon of foreign terrorist fighters, traveling to and from conflict zones,” Europol noted.

A growing number of those who join the jihadist cause are women, while some European capitals have raised concerns about fighters making it back into Europe disguised as refugees.

“A significant percentage of all foreign terrorist travelers in Syria/ Iraq are now female,” Europol said in their European Union Terrorism Situation and Trend Report 2016.

Europol also warned that as foreign fighters continue to return so does the threat of the potential use of weapons of mass destruction.

“The phenomenon of individuals travelling for terrorist purposes to conflict zones increases the risk that expertise in the use of chemical weapons can be transferred to the European Union by returning foreign terrorist fighters,” the agency said.

While it is believed that the number of foreign fighters diminished throughout the course of Russian and American anti-ISIS campaigns, the US-based Soufan Group analytical center indicates that around 1,800 individuals had left France to join the fighting as of October 2015.

Another 760 fighters traveled to IS battlegrounds from the United Kingdom and 760 from Germany. At least 470 fighters came from Belgium. When the contribution from other EU states is considered, the total number of EU jihadist soldiers is way over 5,000.

The Dutch-based International Centre for Counter-Terrorism (ICCT), said in their last year’s report that more than 4,200 foreign fighters from EU Member States are now fighting in Syria and Iraq. The NGO believes that around 30 percent have returned to their home countries.

In 2015, just after Russia began its anti-IS campaign in Syria at the invitation of Damascus, the Soufan Group calculated that up to 31,000 foreigners from at least 86 countries were fighting for Islamic State and other violent extremist groups in Syria and Iraq.

The number of potential returnees has decreased dramatically with over 2,000 of them neutralized in the first 6 months of Russia’s pin-point strikes conducted in tandem with the Syrian military’s anti-terrorist operations on the ground. 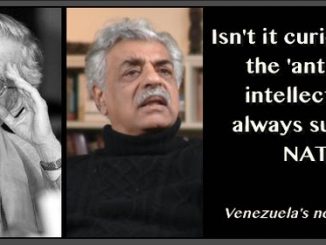 The Empire’s “Left Intellectuals” Call for Regime Change. The Role of “Progressives” & the Antiwar Movement 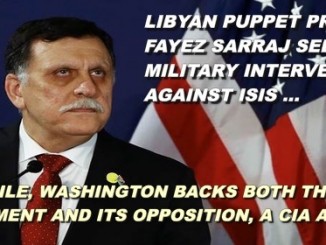 Bombing Libya Again, This Time Because of 9/11

US, UK & France certainly committed an international war crime against Syria on 14 April 2018