EU Boss: Citizens Should Not Get to Vote on Important Issues

On his way out of office, the rotating head of the European Union Council called on EU leaders to stop letting citizens vote on important issues that could threaten the increasingly controversial super-state. Citing recent anti-establishment votes in Britain and Italy, the EU Council boss blasted the “adventures” of letting citizens decide the fate of their own nations in referenda. The EU boss drew a quick rebuke from advocates of self-government. 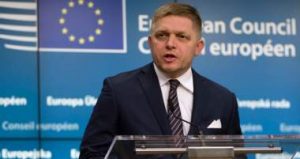 But while the comments shocked some analysts, the controversial remarks should not have been surprising — especially considering the EU’s long history of trampling all over voters to empower the super-state in defiance of the people’s will. The extremist sentiment also follows repeated warnings from European leaders that globalist fanatics in Brussels were plotting to destroy self-government and the nation-state on the road toward regional and then global “governance.”

The comments from the EU boss were crystal clear. “I am asking EU leaders to stop with adventures like the British and Italian referendums … on domestic issues which pose a threat to the EU,” said Slovak Prime Minister and EU Council boss Robert Fico (pictured) as he passed the rotating reins of the EU Council to its next leader on January 2 of 2017. In essence, Fico was calling for citizens of European countries ensnared in the EU to lose their right to decide their own fate.

The “adventures” such as the British and Italian referendums he mentioned were a reference to recent votes held in those nations, both of which bucked the establishment. In the United Kingdom, voters defied the entire globalist establishment by voting for a British exit, or “Brexit,” from the controversial EU super-state. That historic vote shocked the political class, which is still scrambling for a way to defy the people without losing its legitimacy entirely.

In Italy, voters also rejected the demands of the establishment in a vote that was compared to Brexit and the election of anti-establishment maverick Donald Trump. By a huge margin, Italian voters turned down a barrage of globalist-backed constitutional reforms that would have made it easier for globalists and the political class to expand government, surrender sovereignty, and more. Before, during, and after the vote, a “no” vote was portrayed as an anti-EU vote that could doom the country. Obviously, the sky did not fall.

While perhaps not as significant as Brexit, the referendum result was similar in many ways to the historic U.K. vote to ditch the unpopular and undemocratic EU. In addition to bold defiance of the globalist establishment in Brussels and beyond, both results were a huge blow to claims of internationalist inevitability that has been pushed for decades. The Italian vote also showed once again that not only is globalism not inevitable, it is unpopular with the common man, no matter how much fear-mongering and propaganda is deployed.

Globalists fear that the historic anti-EU, anti-establishment votes in the referenda could set off a chain reaction that could completely destroy the EU. And already, leading political parties and candidates across the bloc are threatening to ask their people to decide on their own whether they want to remain shackled to the perpetually expanding Brussels-based super-state. 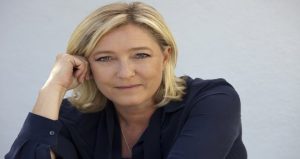 In France, for example, National Front leader Marine Le Pen (pictured) vowed to hold a referendum on French membership in the EU and the controversial single “euro” currency. “Frexit will be a part of my policy,” Le Pen said last month. “The people must have the opportunity to vote for the liberation from technocrats in Brussels.” If successful, a post-Brexit “Frexit” could literally be the death knell of the whole EU regime.

All across the bloc, similar calls for referenda on EU membership are growing and spreading like wildfire. After all, if the British can vote to free themselves, why can’t the Finish people, or the Dutch, or the Czechs, or the Poles, or even the embattled Germans? Popular anti-Islam, anti-open borders political leader Geert Wilders of the Dutch Freedom Party, who could become the next prime minister of the Netherlands, recently declared that “Nexit is necessary.” Numerous other European politicians leading in the polls have issued similar calls.

Ironically, even in Fico’s home country of Slovakia, the Our Slovakia party is working to trigger a referendum on EU membership, hoping to ditch the super-state before it usurps even more power. Fico was clearly concerned. “Britain is not a eurozone country, Italy has a huge impact on the banking sector, the euro,” complained the outgoing EU Council boss. “What will we do if … there is a referendum in Italy on the euro and Italian citizens decide they don’t want the euro?” Find a new job, perhaps?

Also looming in the background was the recent vote in Hungary, where voters overwhelmingly rejected an EU scheme to force European nations to accept the growing tsunami of Islamic migrants pouring in from Africa and the Middle East. Hungarian Prime Minister Viktor Orban (pictured) blasted what he described as a “treasonous conspiracy” by “internationalist fanatics” in Brussels to use the Islamic immigration avalanche as a “weapon” to undermine Western civilization, Christianity, and even the nation-state.

The reason why EU leaders are freaking out over letting citizens decide important issues is obvious, analysts said. “Referenda are quite clearly a threat to the EU,” explained Robert Oulds, director of the pro-Brexit, anti-European federalism Bruges Group. “Whenever there is a referendum in almost any EU state on a topic to do with EU integration — they vote against the EU.”

Oulds also warned that EU attacks on voting were actually a dangerous attack on self-government itself. “Whenever the topic of the EU is taken away from the political elites and given to the public to make the decision, almost always the public of each country votes against the EU, because the EU is a project that exists without popular support,” he added. “It is in itself an anti-democratic project — it is about taking power away from national democratic institutions and giving them to various elites centered on the institutions of the EU in Brussels. That is the key to the EU.”

Indeed, the EU is no stranger to losing when its agenda is put to a vote. A decade ago, for instance, when the EU was seeking to impose a totalitarian “Constitution” on the peoples of Europe, voters in France and the Netherlands voted in huge numbers to reject the scheme. Instead of respecting the 2005 vote, though, the EU and its propagandists merely re-branded the Constitution, calling it the “Lisbon Treaty,” and foisted it on the nations of Europe anyway — this time without asking permission from the victims. 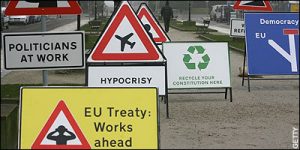 The Irish also got in the way of that particular scheme. According to Ireland’s Constitution, such a treaty had to be approved by voters. And so, in 2008, a referendum was held, and the Irish — the only people allowed to vote on the re-branded scheme — rejected it. Unsurprisingly, like a rapist, the EU and the globalist establishment behind it refused to take no for an answer.

Instead of accepting the original result, EU bosses offered phony promises to respect the Irish and their traditions and laws. The electorate was then ordered to vote again on the issue following a terrifying tax-funded propaganda campaign warning of utter doom if the EU’s demands were not met. The voters finally surrendered in 2009. Similar globalist plots to demand another vote are reportedly being considered by the ruling establishment in Britain to overturn Brexit.

The EU even attacks referenda and the will of the people in non-EU nations. Consider the case of tiny Switzerland, where voters have steadfastly and overwhelmingly refused to surrender their sovereignty and liberty by joining the EU. When the Swiss voted in 2014 to limit immigration, the EU responded by threatening, bullying, and terrorizing the prosperous nation — even going so far as to say that the Swiss could lose their access to the European market if they refused to accept wide-open borders and other totalitarian EU demands.

Almost incredibly, amid the brouhaha with Switzerland, German President Joachim Gauck (pictured) went on to attack self-government itself, claiming that letting people decide their own fate was “dangerous.” Speaking of the immigration referendum in particular, Gauck claimed it is “dangerous when citizens vote on highly complex issues.” The Swiss have been doing it for centuries, and so far have done quite well for themselves. The Germans and many other peoples throughout history, on the other hand, have found out the hard way that giving political leaders unchecked powers to do as they please is more dangerous than self-government could ever be.

When then-Czech President Vaclav Klaus warned in 2012 that the EU super-state was in the final phases of eliminating national sovereignty and self-government, he was viciously attacked by the EU’s minions and armies of tax-funded propagandists. Today, as the EU implodes amid a public uprising, the mask is finally coming off, and the globalist establishment’s fanatical hostility to freedom and self-government is becoming plain for all to see. But for liberty and Western civilization to survive, more education and organized action to oppose totalitarianism and globalism will be necessary.

Alex Newman, a foreign correspondent for The New American, is normally based in Europe. Follow him on Twitter @ALEXNEWMAN_JOU. He can be reached at anewman@thenewamerican.com 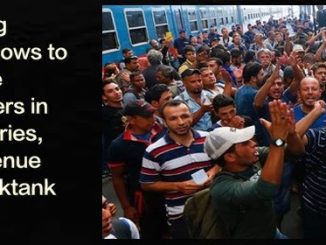 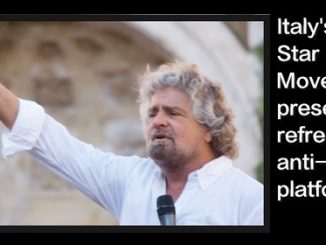