The original publication date of this article is October 27, 2016.  Sadly, the topic seem to have enduring relevance. – ER editor

Why the Elite hate Russia

1. Russia is an independent country.  It’s not possible to manipulate Russia via external remote control like it is with most countries.  The Elite don’t like that!  Russia kicked out Soros “Open Society”:

Russia has banned a pro-democracy charity founded by hedge fund billionaire George Soros, saying the organization posed a threat to both state security and the Russian constitution. In a statement released Monday morning, Russia’s General Prosecutor’s Office said two branches of Soros’ charity network — the Open Society Foundations (OSF) and the Open Society Institute (OSI) — would be placed on a “stop list” of foreign non-governmental organizations whose activities have been deemed “undesirable” by the Russian state.

2. Russia is not easy to cripple via clandestine means, whether it be CIA, MI6, or outright military conflict.  With some other BRICs, however, that’s not the case.  Say what you will about Russia’s military – it’s on a par with and, in many cases, more advanced than, the US military.  And that’s not AN opinion, that’s in the opinion of top US military commanders:

Late in September, we brought you “US Readies Battle Plans For Baltic War With Russia” in which we described a series of thought experiments undertaken by The Pentagon in an effort to determine what the likely outcome would be should something go horribly “wrong” on the way to landing the US in a shooting war with Russia in the Balkans.

The results of those thought experiments were not encouraging. As a reminder, here’s how Foreign Policy summed up the exercises:

3. Russian culture and language are too complex for the average “Elite” who pretends to be internationally well versed because they had a few semesters of French.  For example, when the diplomat Clinton was Secretary of State, she presented a reset button translating the opposite meaning… ooops.

“I would like to present you with a little gift that represents what President Obama and Vice President Biden and I have been saying and that is: ‘We want to reset our relationship, and so we will do it together.’ …

“We worked hard to get the right Russian word. Do you think we got it?” she asked Lavrov, laughing. “You got it wrong,” said Lavrov, as both diplomats laughed.

“It should be “perezagruzka” [the Russian word for reset],” said Lavrov.”This says ‘peregruzka,’ which means ‘overcharged.’”

Yes, it’s almost a certainty that if Clinton by some horrible fate is President, there will be Nuclear war.  Wars have been started over much more subtle mistakes.  One would think that Clinton would have had an advisor CHECK THIS before presenting it in a public ceremony in front of reporters.  How much more blatantly unprofessional can one be?  If politicians worked in the private sector, they wouldn’t last a day!  How do these people advance so far in politics?

4. Plain and simple, the Elite do not control Russia.  While there are backchannels of Russian oligarchs that work directly with Western Rothschild interests, for example, they simply don’t have the same level of control as they do European countries, like Germany for instance.  Or another good example is China. There’s this fanatical talk that China can dump US Treasuries blah blah blah. The fact is that China is completely dependent on the USA and US dollars, and will be for the rest of our lives.  Maybe in 1,000 years in the Dong Dynasty still to come they will rule the world, but it’s not going to happen anytime soon.

Russia is one of the most highly misunderstood cultures in the West.  Which is strange because Russia is more like America than any European country:

There have been numerous interesting situations where Russia helped America and America helped Russia on a number of levels. To learn more about it checkout the following books: 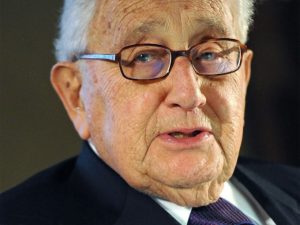 Most interestingly, during the Nixon administration, Kissinger was prodding Nixon to partner with Russia that would, in Kissinger’s view, create an unstoppable alliance, a superpower axis that no-one could compete with.  But it didn’t happen as there were ‘neo-cons’ who were against it, mostly Polish Catholics who have some deep genetic fear of any culture using the Cyrillic alphabet.  Nixon instead chose China (what a mistake!) and created Forex.  But the point being that, through a small slip of fate, “China” may have been, in this alternative Kissinger reality, the ‘Great Evil Enemy’ hacking our elections, as we could have driven across the Alaskan-Siberian highway without any speed limit. Oil would be ten cents a gallon, and we wouldn’t need to war with the Middle East.

To learn more about how the world really works, check out Splitting Pennies the book, or Fortress Capital Trading Academy.

ER recommends other articles by Zerohedge, and Globalintelhub where this article originally appeared 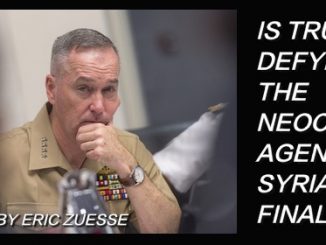 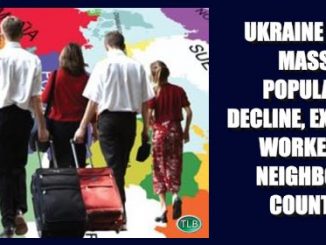 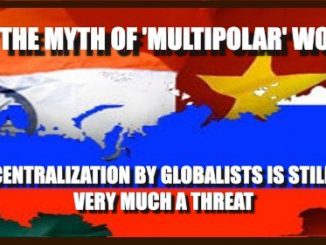