The EU elites pay homage to the laissez-faire of liberalism. They have been deregulating and “liberating” the market for 30 years. Western governments also follow the philosophy and hardly intervene in the market. There is only one authority that can intervene effectively in the EU: the ECB.

Globalisation since the 1980s, as well as the liberation of trade and human traffic, has enabled a violent increase in world GDP and the enrichment of corporations. For emerging economies such as India or China, this was an opportunity to get out of poverty. The liberals, however, who had a global village and human happiness on their banner, were basically interested in opening up the large Asian markets for their products. The tools of these elites, the World Trade Organization and the IMF, ensured that the middle class grew in emerging countries and thus the sales markets for European corporations. Their bosses would probably say: it is a pity that India and China are not allowed to join the EU.

Awesome! In any case, the West monetized Asia’s cheap labour in this way. At the same time, the middle class in China, India, South Korea and other tigers grew, but at the expense of the European workforce and middle class, which were virtually cut off from liberal profits. While corporate profits, and hence GDPs, skyrocketed, real wages did not rise, and wealth was concentrated among elites and their lobbyists. This process was accelerated by the reforms of the 2000s: in Germany at that time the reforms of the left-liberal coalitions were supposed to create more jobs for people through unusual forms of employment (mini-jobs, temporary work, fixed-term contracts, etc.), which led to the fact that, even today, there are more and more people with low incomes in abnormal working conditions. “The middle class has shrunk from 48 per cent in the period 1995-99 to 41 per cent in 2014-15.1)

The latest German SPD proposals (4 billion for housing, 5 billion for the long-term unemployed, etc.) will not stop this process as they propose redistribution in favour of the underclass. Macron, on the other hand, wants to tax the middle class even more and ignores its intelligent, healthy core – the teachers. Awesome! Meanwhile, the two states mentioned, Germany and France, are swimming in money according to mainstream media. In the USA, the incomes of the richest top class (1%) of society reached the level of 1929, the time before the great crisis.

The liberals and the left were supposed to create equal opportunities for all. But the uninterrupted flood of immigrants for whom they were responsible and who were supposed to enrich Europeans meant that the salaries of most citizens could be kept low by corporations. The native middle-class Europeans with their “high” social expectations had no equal chance in the labour market with the newcomers, who were given everything by the governments of “freedom-thinkers” of the welcoming culture. In addition:

.
(i) The rise in real estate prices over the years, followed by even higher indebtedness on the part of the most important layer of our Western European societies, the middle class.
(ii) The collapse of the welfare state, the consequence of which is the rise of Marxist ideologies throughout Europe.
(iii) Deflation, which serves as a pretext for the “self” decisive ECB to ensure even more profits for corporations through low interest rate policies and to pull the wool over the eyes of small investors – that the real estate bubble in Europe’s most popular cities will last for a long time to come (so why do you leave your money in the bank? Senseless!).
(iv) The neo-liberal left-wing system of low interest rates led to a slump in the profitability of government bonds: all cautious middle-class investors who kept a reasonable distance from increasingly expensive stocks and simply tried to save their money in savings account or by means of government bonds were given a side blow.
(v) The supposedly small increase in the cost of living, which is portrayed in the mainstream media as low inflation against which the ECB has to fight, does not correspond to the real increase in the real cost of living, because “the basket of goods of a normal citizen contains much more services, health, food and energy than the official inflation rate suggests”.2)

Would the happy connoisseurs of the economic miracle of the 50s have suspected, presumed, planned all this? No. They would have described it as madness because then, after the First and Second World Wars, politicians tended towards state interventionism, to set the course again for the soft liberals in an approximately 30 year cycle.

After 30 years, the supporters of protectionist policies – the Trumps, Orbans, Kaczynskis and Salvini personally, who for a long time have wanted to form a platform for an anti-liberal, pro-European movement in the forthcoming EU parliamentary elections – are having their say again.3) The question remains whether they can really offer an alternative to the existing system of destroying the middle class. Is there really a person behind the so-called populism who can support the credo of the Chicago school: the less state, the better the market can provide meaningful and sustainable support?

One thing is certain: the elections to the EU Parliament can change the status quo. The tectonic plates of politics are shifting more and more violently, although we haven’t quite felt the effects yet, as it was in the case of Brexit. Perhaps the changes in the direction of anti-globalisation and authoritarian governments? Insanity. Citizens are fed up with the incompetence of the left-liberal elites. 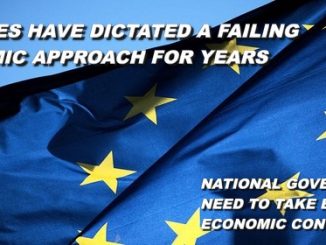 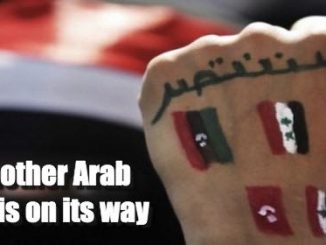