Today is the 75th anniversary of the Normandy invasion.  Once again the event is celebrated by demonization of National Socialist Germany and glorification of America’s greatness in winning the war.

In actual fact, the Normandy invasion was not a significant contributor to Germany’s defeat.  A small US/British/Canadian/French force of about 150,000 soldiers, of which about 73,000, were American faced a few German divisions at half strength and short of fuel and ammo.  The real war was on the Eastern front where millions of soldiers had been fighting for several years.

The Red Army won World War II.  The cost to the Soviets was between 9 million and 11 million military deaths. Adding in the Russian civilian deaths, the Soviet Union won the war at the cost of between 22 million and 27 million Soviet lives.

In contrast, the US had 405,000 soldiers killed during WW II of which 111,600 died fighting the Japanese in the Pacific.

The falsification of history applies to World War II just as it does to everything else in the West, and President Trump’s D-Day speech exemplifies how false our history is. Russia is simply left out of the story. Putin was not even invited to the celebration. The celebrants consisted of outgoing British prime minister May, failed French president Macron, and outgoing German chancellor Merkel who was there to celebrate her own country’s defeat, but they might as well not have been present.  Trump made the occasion America’s greatness. We defeated Germany at a cost of less than 300,000 soldiers killed. 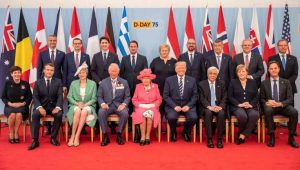 The Russians, who lost 36 times more soldiers, are not considered to be sufficiently important to the victory over Germany to be invited to the celebration. 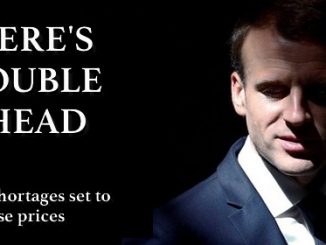 France’s Professionals Are Having Their Say with Strike Action