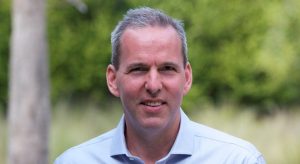 Jonathan Kay began his literary career in 1998 as a founding member of the editorial board of Canada’s National Post. Kay worked under Conrad Black and his Israeli-American partner, Richard Perle. Perle was an executive member of the advisory board of Black’s Hollinger International, which oversaw one of the world’s largest English-language newspaper chains based in North America, Great Britain and Israel. A main objective of Hollinger Inc.’s Canadian flagship, the National Post, was to push the country’s political culture far enough rightward that the Christian Zionist politician, Stephen Harper, could take the reigns of the federal government. Canadian Prime Minister between 2006 and 2015, Harper swept into power riding the wave of political fervor originating in the 9/11 psychological operation.

‘A main objective of Hollinger Inc.’s Canadian flagship, the National Post, was to push the country’s political culture far enough rightward that the Christian Zionist politician, Stephen Harper, could take the reigns of the federal government.’

Richard Perle is sometimes referred to as the Prince of Darkness. He is a frequent and unabashed proponent of “total war.” Perle was a PNAC member and lead author of the “Clean Break” document that in 1996 encouraged Israeli Prime Minister Benjamin Netanyahu to move away from negotiations with the Palestinians toward a more militant posture in the Middle East and globally. Quite likely Perle had a significant role in planning the 9/11 event.

‘Richard Perle was the lead author of the “Clean Break” document that in 1996 encouraged Israeli Prime Minister Benjamin Netanyahu to move away from negotiations with the Palestinians toward a more militant posture in the Middle East and globally.’

After the Bush administration was delivered its new Pearl Harbor on September 11, 2001, Perle renewed his call for “total war.” In advancing this agenda, Perle helped lead the charge resulting in the US and UK-led invasion of Iraq in 2003. Along with David Frum, another Canadian neocon spin doctor deeply implicated in the lies and crimes of 9/11, Perle co-authored the propaganda text, An End to Evil: How to Win the War on Terror. One of the book’s key recommendations was for the United States to invade the Islamic Republic of Iran. Going back to his role in the formulation of the “Clean Break” document, Perle had long advocated the invasion of Iran as well as Iraq and Syria in his capacity as an influential adviser within Israel’s Netanyahu government.

In looking back in 2014 at his sixteen years at the National Post, Kay emphasized that his work on 9/11 infused his literary career with a “sense of purpose.” For a lot of “conservative pundits…this was our Spanish Civil War. The fate of Western Civilization was at stake.” Kay continues, “I became obsessed with 9/11. I read the Koran, hoping to gain insights into Osama Bin Laden’s mindset, travelled to conferences in Israel, joined a Washington, D.C.-based think tank devoted to protecting democratic countries from terrorism. [Foundation for the Defense of Democracies] I helped a former Mossad agent [Michael Ross] write his memoir, and then wrote a book about 9/11 conspiracy theories.” [1]

If Jonathan Kay’s journalistic crusade is conceived as his equivalent to fighting in the Spanish Civil War between 1936 and 1939, his position on 9/11 puts him on the side of the Falangists, on the side of Francisco Franco’s right-wing nationalist forces. As clearly displayed in the ultra-Zionist content of Among The Truthers and The Volunteer as well as his frequent columns in the National Post, Kay is an extreme nationalist whose highest priority is to advance the imperial reach of the Jewish state centered in the expansionary polity of Israel. Kay seems surprisingly candid in identifying himself as a partisan journalist spinning propaganda for the Israel First faction that now prevails inside the governing elites that rule Canada, the United States and all the NATO countries.

The difference between Noam Chomsky and Jonathan Kay in dealing with Kevin Barrett’s 9/11 work helps illuminate the complex dynamics of a many-faceted cover up campaign. Kay’s Among The Truthers, for instance, is based largely on detailed ad hominem attacks on those that do not accept the official narratives he seeks to advance and defend. Chomsky on the other hand avoids any reference to scholarship of those that have critically evaluated the evidence of what did or did not happen on 9/11. This treatment of his intellectual opponents as unworthy even of named recognition is made very clear in his failure to identify Dr. Barrett and his qualifications even as the MIT professor accused the former University of Wisconsin Lecturer of academic wrongdoing.

In Among The Truthers, Kay’s sponsors assigned him the task of developing the primary commemorative text created with an eye to maintaining Zionist control over the MSM discourse that would mark the tenth anniversary of 9/11. The task given Kay in the prelude to the commemorate events in 2011 was to extend the meme of “9/11 conspiracy theories” into new extremes of deceit and obfuscation through fear mongering, defamation, misrepresentation and guilt-by-association.

The text’s title well encapsulates the core features of the smear campaign that is so central to the strategy of preventing the public from realizing how severely and systematically we have been lied to. Kay’s fervid literary invention of a “Growing Conspiracist Underground of 9/11 Truthers” was meant to invoke connotations of darkness, dementia and concealment. Among the engineered mental pictures conjured up by the literary reference to a “Conspiracist Underground” are concocted media memes of Osama bin Laden and his al-Qaeda network supposedly coordinating international havoc from elaborate networks of Eurasian terrorist caves.

Chomsky and Kay and the other 9/11 obfuscators consistently avoid dealing with the evidence. There is never any discussion, for instance, of the US government’s position that a catastrophic failure of intelligence flows, together with a complete breakdown of a whole series of emergency measure procedures, was the main cause of the 9/11 debacle. This narrative line is called into question by the fact that not one of the officials supposedly responsible for this alleged failure of intelligence and national defense was so much as reprimanded let alone fired. If the official narrative was true, why is it that the supposed incompetents actually received promotions?

There is never any effort to address huge anomalies like the fact, for instance, that the black boxes from the weaponized jet planes could not be found and yet passports of the alleged hijackers were miraculously located amidst the debris. There is never any real reckoning on the side of the obfuscators with the ongoing and blatantly illegal destruction of the forensic evidence of the 9/11 crimes.

This process starts under Michael Chertoff in his capacity as the person responsible for the US Justice Department’s criminal investigation of 9/11. Under Chertoff’s guidance this federal “investigation” quickly assumed the character of a federally orchestrated cover up. The destruction of evidence begins with the unseemly haste in the autumn of 2001 to dispose of the steel remnants of the three pulverized WTC towers. The twisted steel girders were quickly removed and sold off to scrap metal customers in China without prior forensic testing for signs of controlled demolitions. The quick destruction of evidence included the removal and destruction of human remains.

Kay’s excuse for not dealing with the evidence in Among The Truthers is to cite the supposed advice of a supposed New York editor who supposedly cautioned him, “debunking books don’t sell… Conspiracy theorists won’t believe you. And normal people don’t need to be told what you’re telling them. So you have no audience.” The implication here is that somehow “normal people” need not be burdened with knowledge of the evidentiary substance of what really happened. (p.320)

Kay effectively destroys his journalistic credibility with this startling declaration that he ignored the 9/11 evidence due to the marketing advice of his New York editor. From this very compromised position of surrender to the vagaries of media salesmanship, Kay launches into his pop psychology fakery profiling the inhabitants of his imagined underground realm. Those “conspiracists” that the author chooses to highlight are simply wrong because Jonathan Kay declares them to be wrong. No proof required. All those that have developed interpretations that do not conform with the Israeliocentric worldview of Jonathan Kay and his publishers in the Rupert Murdoch media empire are simply swept aside as members of “cults and cult-like movements.” (p.315)

The inhabitants of Kay’s invented realm are pronounced by their Inquisitor to be heretics and worse. Kay declares them to be common victims of an “incurable disease” against which young people require “inoculation” through the introduction of special curricula and programs in schools. In taking on the personae of a public health official charged to protect our youth from the spread of infectious conspiracy theories, is Kay, the self-proclaimed poseur, implicitly prescribing the quarantining of those with whom he disagrees?

The Project for a New American Century & the Age of Bioweapons: 20 Years of Psychological Terror 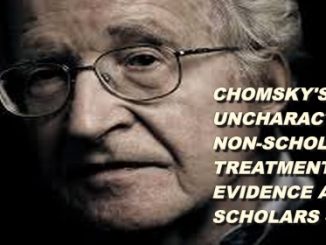