Russia’s long time ambassador to the UN has died suddenly in New York – this is the fourth Russian diplomat who has died in the last 3 months.

Vitaly Churkin was one of the wisest voices in international diplomacy. His voice will no longer echo in the halls of the United Nations. Articulate, polite yet commanding, wise yet affable, he oversaw some of Russia’s and the world’s most important events in a position he occupied since 2006. 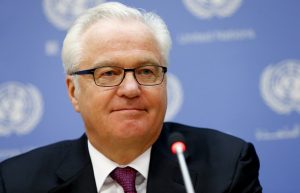 Churkin had to face a great deal of hostile criticism from both the Bush and Obama administrations during his time at the UN, but he always did so with grace. He never failed to explain the Russian position with the utmost clarity.

Standing next to some of his colleagues, he often looked like a titan in a room full of school children.

His death, a day before his 65th birthday, is a tragedy first and foremost for his family, friends and colleagues. It is also a deeply sad day for the cause of justice, international law and all of the principles of the UN Charter which Churkin admirably upheld in the face of great obstacles.

His death however raises many uncomfortable questions…

Here are 5 things that must be considered:

1. A Macabre Pattern Has Emerged

Beginning in 2015, there were several deaths within the Russian Diplomatic corps and a special Russian Presidential adviser.

First there was Russia’s RT founder and special adviser to President Putin, Mikhail Lesin. He died in November of 2015 in his hotel room. Reports said that he appeared discombobulated during his last sighting before he died. Later it emerged that he died of a blunt head trauma. Drinking was blamed, but many questions were left unanswered.

Earlier last month, Andrei Malanin, a Senior Russian Diplomat to Greece was found dead in his bathroom. The causes of death remain unknown.

Just last month, Russia’s Ambassador to India, Alexander Kadakin, an always prestigious role, died of a heart attack, although no one was aware of any previous health issues.

In December of last year Russia’s Ambassador to Turkey was assassinated by a lone jihadi gunmen in an art gallery. There was no effective security as the killer simply walked up to Ambassador Andrei Karlov and shot him multiple times in the back.

Vitaly Chirkin is the highest profile member of Russia’s diplomatic corps to die in recent years.

Each of the recently deceased Russian Ambassadors were high profile targets for miscreants and criminals, whether state actors, mercenaries or fanatics.

Lesin was a instrumental in the creation of RT, a news outlet which has come under constant attack from the western establishment.

Malanin had overseen a period of warming fraternal relations between Greece and Russia at a time when Greece is feeling increasingly alienated from both the EU and NATO.

Karlov is said to be responsible for helping to facilitate the rapprochement between Presidents Erdogan and Putin. 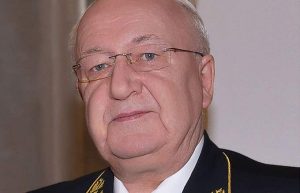 On the 31st of December, 2016, Churkin’s resolution on a ceasefire in Syria passed in the UN Security Council after months of deadlock. The resolution is still in force.

Anyone who wanted to derail the diplomatic successes that the aforementioned men achieved for Russia would have a clear motive to extract vengeance.

In the matter of Karlov, any derailment of restored Russo-Turkish relations would be good for those happy for Turkey to continue her support of jihadists in Syria rather than moving towards accepting a Russian and indeed Iranian brokered peace process which respects the sovereignty of Syria as Russia and Iran always have, but Turkey has not.

In the case of Lesin, anyone wanting ‘vengeance’ for RT’s popularity would be able to say that a kind of former media boss was taken down.

For Malanin, many fear that if ‘Grexit’ happens, Russia will become an increasingly important partner for Greece. The EU would not like one of its vassal states enjoying fruitful relations with Russia, a country still under sanctions from Brussels.

For Kadakin, it is a matter of interest for those wanting Pakistan to continue favouring western powers and not wanting Russia to be able to mediate in conflict resolutions between New Delhi and Islamabad.

Churkin had come to dominate the UN in ways that his counterparts on the Security Council simply could not. No one really stood a chance in a debate with Churkin. His absence leaves open the possibility for a power vacuum that would makes other peoples’ jobs easier.

4. Where The Deaths Took Place

Each death took place on foreign soil. Mr. Karlov’s killing in particular, exposed the weakness of his security contingent. If security was that weak in a comparatively volatile place like Turkey, it goes without saying that security in states considered more politically stable would be even more lax.

Again it must be said that a non-biased detective might say that the only pattern which has emerged is that many people in the Russian diplomatic corps and related institutions have heart attacks. Maybe they eat fatty foods every day and drink and smoke too much. But if this was this case, why are the heart attacks all on foreign soil?

If all of the former Ambassadors except Karlov were really in bad health, is it really just a coincidence that none of these men had a health scare on Russian soil? Again, a pattern has emerged.

5. The Ethics of Speculation?

Many will say that it is too early to suspect foul play. Indeed, I must make it clear that this is simply speculation based on a pattern of tragic and at times unexplained events, combined with the objective reality that because of Russia’s recently elevated profile as a born-again geopolitical superpower, Russia is a bigger target for international criminals than it was in the broken 1990s or the more quiet early 2000s.

When such events happen, one’s duty is to speculate so that better health and safety precautions are taken to ensure the wellbeing of Russia’s important diplomats. Furthermore, if foul play is a factor, it means that such seemingly unrelated events must be investigated more thoroughly.

Russia has historically suffered from invasion, revolution and more recently from immense international pressure. The Russian people, like Russia’s ambassadors are entitled to the peace and long lives deserved by any member of a country that has suffered for too long. 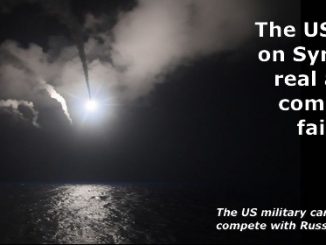 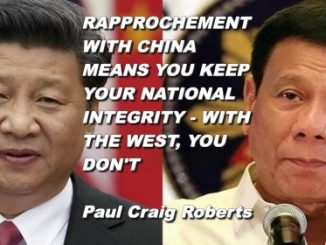 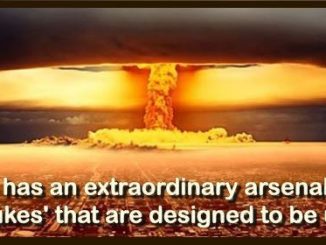